The Michael D. Eisner College of Education (MDECOE) scholarship program awards scholarships to thriving students, aspiring a career in education. All MDECOE scholarships were made possible by the generous & kind donors dedicated to the college.

Select each scholarship for more background information about the donors, and why they established their scholarship.

In 1994 Cindy Chernow established a scholarship for future teachers in her husband Dan’s name to honor his service to education as a teacher, State Board of Education member, State Curriculum Commission member, and life-long advocate for public schools. The scholarship started with a $5,000.00 contribution and awarded a yearly $250.00 scholarship. It has grown to a $50,000.00 base and awards 2-3 $1000.00 scholarships each year.

Dan has a Master’s degree in education and studied for his teaching credential from CSUN plus two degrees from CSUN that include a Bachelors and Masters in History. He also has a doctorate in Educational Leadership from UCLA. Cindy has a Bachelors’ in Anthropology and her Master’s degree in Counseling with a Specialization in Career Development, both from CSUN. Their passion resides with the College of Education and in 2015 the scholarship took on both their names.

The Future Teacher’s Scholarship is intended to encourage well qualified students who display enthusiasm for the profession, have leadership potential, financial need, and maintained a cumulative 3.0 GPA in their undergraduate subject major. Final interviews are conducted by the Assistant Dean and a member of the Chernow Family.

The DawnSignPress Lawrence Fleischer Scholarship was established to commemorate the publisher's 40th anniversary as the nation's ASL and Deaf Culture specialist, and to honor the memory of Dr. Lawrence Fleischer, the former chair of CSUN's Deaf Studies Department. 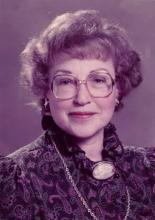 Rose Engel was born in Ukraine in 1917. She settled into the United States at a young age, where she later became a volunteer for children with disabilities. After opening her own program, she began teaching at Lokrantz School for children whom are developmentally disabled. Rose received her master’s degree in education from CSUN in 1963, as well as becoming a gracious contributor to CSUN’s School of Education, emphasizing in the continuation of programs in Early Childhood Development. Since then, the Rose C. Engel Early Childhood Education Award has been established in her honor to recognize students within the field of early childhood education and to assist students entering in teaching or counseling profession. 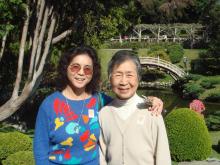 In 2015, Dr. Justine Su donated $25,000 to establish the endowed Mo-Goodlad Comparative Education Scholarship at the CSUN Foundation. In 2016, Linda Airong Lu, Dr. Su’s visiting scholar from China, also donated $8,000 to the endowed scholarship, so that the fund could offer the first scholarship of $1,000 to Zili Wang, a graduate student from Yunnan Province, China in the Spring of 2017. Wang came from a distinct minority group, the Bai Nationality, in the rural area of Shangri-La in Yunnan and has worked with Dr. Su on her comparative study of school principals in the U.S. and China, which is expected to yield important recommendations for improvement of the preparation of school principals in minority and rural areas.

Dr. Su created this scholarship to commemorate two very special mothers – her Chinese mother, Yuexin Mo, a retired Nanjing Municipal Government official, who is currently living in Nanjing and her American mother, Lynn Goodlad, an accomplished artist and wife of Dr. John Goodlad, her major faculty mentor at University of Washington, where she pursued her graduate studies and research in educational administration. Dr. Su was a member of the national research team for the American Study of the Education of Educators directed by Dr. Goodlad. Although the Goodlads have since passed, during their lifetime, they always called Dr. Su their Chinese daughter and maintained close friendship with Dr. Su’s family for more than 30 years.

Dr. Su credits both her mother and Lynn Goodlad as major forces of support and sources of inspiration; the two mothers did meet several times in the US and had great times together with lots of laughs and heartfelt friendship in spite of a language barrier. Their loving support has made it possible for Dr. Su to develop her career as a successful comparative education scholar, and she emulates their examples to this day by offering similar encouragement and support to young comparative education scholars via the Mo-Goodlad Comparative Education Scholarship and everyday mentoring for her students and scholars. 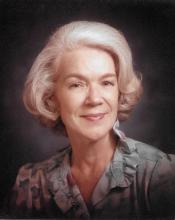 My mother, Lavelle Glidewell Hamel, was born in 1922 and lived in a small farming community in western Tennessee. At that time the only available doctors were “Country Doctors.” Her doctor, Dr. Frasier was very good but it was not until she was an older teenager that she realized when sitting next to someone she would automatically have them sit to her right. It turned out that she was born with nerve damage her left ear. Around 1951, she pursued the question of whether something could be done to help her. Because it was nerve damage she was told it wasn’t possible. When she married my father and had my two sisters and I we learned that we were not to call her from another room and to remember to look at her so she could understand us. Her speech was fine and her hearing in her right ear was good, but there were always situations where she had to struggle a bit. As she aged and her hearing started to become a bit worse we watched her having more difficulty. As a child, I had many ear infections and at one time lost up to 40% of my hearing in my left ear. As I became older I noticed I had to struggle a bit in certain situations. I was able to get hearing aids and they helped me immensely.

When my mother died at age 80, I wanted a way to honor her memory and I came up with the idea of funding a scholarship in her name for the Deaf Studies Department at CSUN. She never complained about her situation and quietly went about her life and tried her best to watch people’s body language, read their lips as best she could and continue on. I have always admired her for the life she led and the examples she set.

The Mary Snyder Memorial Scholarship honors Kent’s mother who was born in Chicago, Illinois in 1912 as Mary Goldstone. Very independent and adventuresome as a young woman, Mary headed to New York City to be “an ingénue on Broadway” during the late 1920s. Mary returned to school and graduated from the University of Chicago in the 1930s, married and moved to California where Kent was born in 1942. When her marriage ended about a decade later, Mary became a dedicated single mother, supporting Kent and herself as a legal secretary and medical secretary. She earned her teaching credential and for more than a decade taught English and Social Studies at San Fernando High School and Sequoia Junior High School. Mary enrolled at San Fernando Valley State College to study towards her Master’s degree in secondary education, but ended her study and retired shortly before her passing in 1974.

The Mary Snyder Memorial Scholarship is given in Mary’s memory to upper division and graduate students who are majoring in secondary education; have completed at least one semester of that program; and have demonstrated academic merit by achieving at least a 3.0 GPA.

Ruth Halpert was a professor at California State University, Northridge for almost 30 years. In her memory, her husband Saul Halpert began an endowment scholarship in Ruth’s honor for students in educational psychology and counseling. Between her husband and the help of friends and colleagues, a scholarship for students whom showed Ruth’s core beliefs in humanistic psychology was founded.

The Tina Hauck memorial scholarship was established by her husband Matthew Hauck. Tina was a faculty member at CSUN and alumna of the Deaf Studies Department. This scholarship honors students within Deaf Studies who are enthusiastic about entering a profession in Education.

The Laxague family has owned the Pyrenees Bakery in Bakersfield since 1947. Michel Laxague, whose mother and father started the bakery, was the dough master and his sister assisted with the finances and management. The Michel P. Laxague scholarship was founded by Michel’s sister Marianneh. She created the scholarship in memory of Michel, who was born deaf, for students that are enthusiastic about entering a profession in Deaf Education. While her brother did not have access to quality education as a deaf student in the 1960’s, she created the scholarship so that future generations of deaf students have the access to the teachers, a quality education, and services they deserve.

Lorraine and Mort Schrag established a scholarship in memory of their daughter who was passionate about education and young children. Lorraine received her Masters in Educational Psychology and Counseling and was a mentor for students in Early Childhood Education. This scholarship is awarded to support students pursuing a career in Early Childhood education who seek to become teachers or therapists. 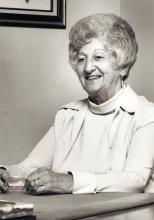 Dr. Lillian Seitsive practiced medicine for over 60 years and was a founder and trustee of Northridge Medical center. When she started practicing in 1931 is was 1 of 217 female physicians in the entire United States. She was such a caring person and would still see patients even at the age of 90. During her lifetime, she taught a class of deaf students which made an significant impact on her life. Lillian contributed and left two endowments to CSUN. The first to build a lecture hall for hearing impaired students and the second to establish the Lillian Paula Seitsive Scholarship for students enthusiastic about entering the field of special education.

Myrna Vallens taught and counseled in special education at Kennedy High School for 20 years. Throughout her life, Myrna took classes and accumulated multiple degrees and credit hours at CSUN. Her children, Nancy and Brent Vallens were both alumni of CSUN. Nancy received her credential from CSUN and went on to become a Principal within LAUSD. The scholarship was established by Nancy and Brent for their mother’s legacy of education to continue. The Myrna Vallens Scholarship recognizes students enthusiastic about entering a career in education.