А lover of maps since his boyhood in Shanghai, China, Professor Gohstand taught the geography of Russia and the Soviet Union, map interpretation, and the history of geographic thought at CSUN for
more than thirty years. He has also been an avid reader all of his life—whether for academic purposes or for pleasure and enlightenment. This interest led to his founding and support of the Robert and Maureen Gohstand Leisure Reading Room in the Oviatt Library, and the creation of the Sense of Place Scholarship in Geography, which emphasizes the use of graceful and evocative writing alone to convey the character of geographic places—an essential part of multi-faceted geographic description and explanation. Among his avocations are the support of the university library, in which he founded and directs the Old China Hands Archive, the welfare of the Map Library, the study of the history and geography of Russia, bookbinding, and the piloting of motor yachts in various parts of the world, so far including Alaska, Canada, Finland, Norway, and New Zealand (he is a retired Captain in the US Naval Reserve). 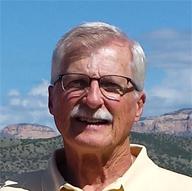