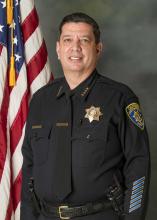 Interim Chief Alfredo B. Fernandez assumed the position of Interim Chief in August, 2021, following a near two-year appointment as Deputy Chief. Chief Fernandez’ major accomplishments since joining the department in 1998 include assisting with the development of the CSUN’s first police canine unit and the acquisition and outfitting of the department’s 30’ mobile EOC trailer.  The Chief was also the architect of the Department’s Multi-Agency Active Shooter Drill which brings police agencies from throughout the region and local Fire to the campus to practice cooperative responses to such emergencies.  As a Captain and later as the Deputy Chief, he ran every operational division in the Department including Patrol, Investigations and Parking & Transportation.

In his thirty-five years in law enforcement, he has held all police ranks including Police Officer, Detective Corporal, Lieutenant, Captain and Deputy Chief with Cal State Northridge and was previously a Patrol Sergeant with the Channel Islands campus. His previous experience includes working as a police corporal and field training officers with the Los Angeles Community College District and working as a mounted police officer with the County of Los Angeles. Fernandez earned his Associate of Science degree in Administration of Justice and holds a Peace Officer Standard and Training (POST) advanced certificate as well as certifications in Police Management, and Police Canine Management. He is a graduate of the International Association of Campus Law Enforcement Administrators (IACLEA) Executive Development Institute.

Chief Fernandez’ major goal for the Department is to implement responsible police reform to the Department that includes the application of a Mental Health Response Team in partnership with University Counseling Services and implementation of a Diversity, Equity and Inclusion component within the Department of Police Services. 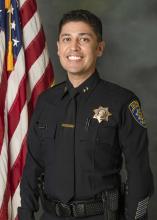 Mark has excelled in the field of threat assessment investigation and mental health response. He has shared his expertise and experience in these fields with other investigators and school campus administrators as a guest presenter at the FBI Threat Management Conference at Loyola Marymount University. Mark was the keynote speaker at the Joint Regional Intelligence Center School Threat Symposium where he talked about his experience responding to his daughter’s active shooter incident at Saugus High School.

Deputy Chief Benavidez earned his bachelor’s degree in Criminal Justice with a minor in Psychology from the University of Colorado, Denver, and his master’s degree in Emergency Management and Homeland Security from the Arizona State University. Mark holds Advanced, Supervisory, and Management POST certifications, and is a graduate of IACLEA’s Executive Development Institute. 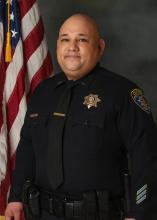 During his tenure at CSUN, Lieutenant Lino has achieved several citations for excellence in policing; including the Police Chief’s Award for Outstanding Performance (2011); Police Officer of the Year Award (2012 and 2013) and is a co-recipient of CSUN’s Jolene Koester Team Award - for his exemplary work in Community Policing. 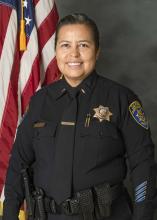 Lieutenant Yolanda C. Abundiz is a homegrown CSUN alumnus who currently serves the campus community as the Patrol Operations Lieutenant.

In 1996, Yolanda was hired as a student assistant for the CSUN Foundation as an analyst, processing donations reports. In March 1997, she moved to a permanent full-time position as the administrative assistant to the Chief of Police for the Police Department. In 2001, she attended and successfully completed the Los Angeles County Sheriff’s Academy. She served as a Police Officer until April 2006, when she promoted to Sergeant. In September 2021, Yolanda was appointed Patrol Operation Lieutenant, after successfully completing a process.

Yolanda is a proud CSUN graduate she received her Bachelor of Arts in Sociology and her Master of Arts in Educational Administration. Yolanda has advanced officer training in sexual assault investigations, crime scene investigations, and threat assessments. Yolanda is also an NRA firearms Instructor (handgun, shotgun, and patrol rifle), first aid & CPR Instructor and is a certified Title IX Investigator.

Yolanda was one of the first Rape Aggression Defense (RAD for women) instructors and she is the first department lead instructor for Active Shooter Survival Escape Response Training (ASSERT). She has conducted numerous trainings for students, faculty, and staff to assist them in personal protection and what to do in an active assailant situation.

Yolanda enjoys being part of the campus CSUN community and has been able to foster life-long friendships with faculty, students, and staff. 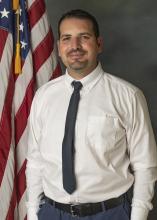 Emanuel Campos accepted the position of Director of Parking & Transportation February 2022 after serving as the interim Parking & Transportation Manager at CSUN for almost two years. Emanuel has over twelve years of parking management experience which includes restaurant parking, airport parking, hotel parking, and University Parking and Transportation. A native Californian, Emanuel holds a B.A. from California State University Northridge. Emanuel is a strong advocate for student success. Having a positive impact, respect for all people, and delivering a quality customer service experience.