A vision of excellence

Established in 1964 on the campus of California State University, Northridge, NCOD was the first postsecondary program in the nation to provide paid sign language interpreters for deaf students.  Since that time, the program has grown to be one of the largest of its type in the western United States. 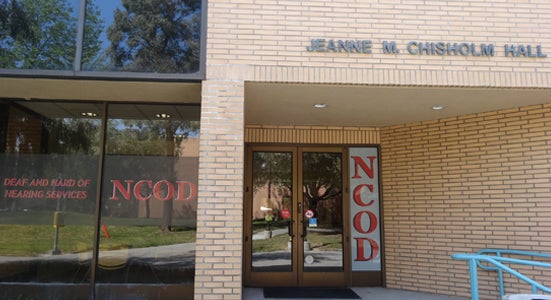 While communication access for students is funded by the state of California, many of NCOD's innovative programs and services rely on contributions from individuals and businesses.

The seeds of the National Center on Deafness (NCOD) were planted more than 50 years ago on the site of the former San Fernando Valley College in Northridge, California. The National Leadership Training Program (NLTP) was established on campus in 1962 by a federal grant to train administrative personnel concerned with rehabilitation of deaf people. NLTP projects introduced innovations in areas such as community information and communication. In 1964, the NLTP admitted its first two deaf students and provided them with interpreters and notetakers for full access to university classes.

By the 1970-1971 academic year, the entire curriculum of the college was opened to deaf and hard of hearing students. Services provided to ensure accessibility were interpreting, notetaking and tutoring.

The college continued to expand and develop.  On June 1, 1972, by action of the legislature and the Board of Trustees of the CSU, it was renamed California State University, Northridge.

The deaf and hard of hearing student population grew steadily during the 1970s, as did the need for qualified interpreters and notetakers. The Center on Deafness was established in 1972 as an administrative coordinating unit for the deaf programs on campus.

At the same time, Campus Services for the Deaf was established as a sub-unit to enable the program to meet student service needs. By 1978, the achievements of the center's alumni and students had begun to have national impact and the name of the Center on Deafness was changed to the National Center on Deafness.

With continued success came the need for a building more consistent with the status and character of the program. 1989 saw the grand opening of Jeanne M. Chisholm Hall, a building generously donated by Grace Petri in memory of her sister. Today, approximately 150 deaf and hard of hearing students attend CSUN each semester and register through the National Center on Deafness to receive services such as interpreting, Realtime and Typewell captioning, notetaking, tutoring and academic advisement.