Disability Resources and Educational Services (DRES) at CSUN is an integral part of the university’s mission to further the vision of an inclusive society that supports the attainment of academic, professional and personal goals for persons of all abilities.

Our goal rises far past the 28% level – DRES aims to achieve a success rate of 75% employment for CSUN graduates.

Your contributions will help further our vision by changing the world for people with disabilities.

When alumni, staff, faculty, administrators, friends and family contribute to DRES, every dollar goes directly to DRES programming to enhance learning and student development opportunities. Your contributions help promote a better future for our students with disabilities.

Here are a few ways that you can become a partner in shaping and developing the future at DRES:

For more information on contributing to the DRES, please feel free to contact the Director of Development, Jerry De Felice, by email at , or at (818) 677-3935. Donating online is an easy, convenient and secure way to make a contribution to DRES.

For over three decades, the Breitstein family has been involved in providing Annual Recognition Awards for deserving DRES students.  Community service had been a way of life for Louis and Julie Breitstein ever since they first became deeply involved as active members of the Tarzana Lions Club, an organization dedicated to assisting people with sight impairments.  It was 1986 when the first Tarzana Lions Club Award was presented at the Annual Recognition Awards Event.  Some years later, after Louis passed away, Julie decided to honor his memory by creating the Louis Breitstein Award.  After Julie also passed on, their three sons and their spouses decided to continue their generous family tradition with the Julie and Louis Breitstein Award.  Through the years, over 35 students have been supported in the pursuit of their dreams by the Breitstein family.  To quote David Breitstein, “Our family is pleased to support such a worthwhile cause, and it feels good to continue to give the award in honor of our parents.”

Your Gifts at Work 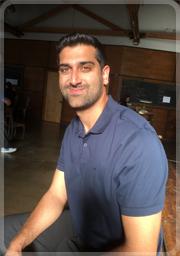 Usman Khan is a young man of great determination and ambition. As a freshman, Usman struggled to find a sense of identity and was not involved with the CSUN community. With encouragement from peers, professors and family members, Usman slowly discovered the many resources available to him as a CSUN student and embarked on a transformative journey. He made a sound decision to do more than merely attend class and began utilizing career counseling services at CSUN’s Career Center and took many self-development assessments. He also participated in the DRES Thriving and Achieving Program where he learned strategies in time management and study skills.

As Usman began getting connected with resources on campus, he began to develop a sense of belonging. He joined several clubs on campus, including CSUN’s Muslim Student Association, American Marketing Association, Young Democrats and co-founded the CSUN Peace Club. He served on the University Student Union’s Board of Directors.

Now Usman is expanding his reach and striving to make a positive impact in our greater Los Angeles community. He volunteers with the Valley Interfaith Council, Kindness Making the Difference Hospice, and NewGround, A Muslim-Jewish partnership for change.

Usman hopes to pursue a career in psychology and counseling. He plans on attending graduate school soon. At the time being, Usman is enrolled in prerequisite coursework to prepare for graduate school and he also serves as a mentor and tutor in his community, working with elementary, middle, and high school aged youth. After graduate school, he aspires to become a licensed counselor. One day, Usman aims to have his own practice for person-centered therapy, where he will have the opportunity to empower individuals to discover their personal strengths and weaknesses, and positively suit themselves to their environment.