The History, Development, and Policy Influence of the California Latino Legislative Caucus (.pdf)

The California Latino Legislative Caucus (CLLC) was established in 1973 to advance the policy interests of both Latinos and the general population in California. As one of the largest legislative caucuses in the Legislature, the CLLC wields a great deal of influence over legislative committees, leadership positions, and policy outcomes. The CLLC expanded its own institutional capacity as its processes and structures became more formalized. Based on interviews with current and former Caucus members and staff as well as various other sources of data, this report examines the history, growth, development, and policy influence of the Caucus. Part I of the report provides a historical overview of the development of the CLLC. Part II explores various aspects of the growth and institutionalization of the Caucus including the development of key sub--‐networks, sources of Caucus unity, the routinization of Caucus procedures, and the role of leadership within the Caucus. Part III outlines the Caucus's policy agenda, roll call voting patterns, and influence on the policymaking process. Finally, the report concludes with a summary of findings and a brief discussion of the Caucus's role in the future. 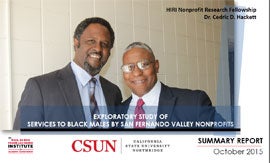 Black males across the United States have endured major difficulties related to social acceptance, poor health outcomes, educational opportunities, employment, and high incarceration levels. These disparities are often the result of the socially constructed images “shaped by drugs, crime, athletics, and academic failure” (Harper & Davis III, 2012, p. 103). Many obstacles have been attributed including, “inferior public education before college, the absence of black men as role models, low expectations from teachers and other adults, low self-esteem, black men's own low aspirations and their tendency to drop out of high school in disproportionate numbers” (Maxwell, 2004, p. B1). While many initiatives are underway in the last few years, more research is needed to determine the level of support for this population and to encourage nonprofit service organizations to better serve Black males and other people of color. To this end, an exploratory study was necessary to understand how nonprofit organizations in the San Fernando Valley serve Black men (and youth).

Chinese Philanthropy in China and Los Angeles is a research study of the practice and culture of philanthropy in contemporary China - where organized philanthropy as we know it in the U.S. is still a new development. Professor of Sociology in CSUN’s College of Social and Behavioral Sciences, Shaw did site work twice in China for this research, supported by a grant from the HIRI Nonprofit Research Fellowships endowment at CSUN. Prof. Shaw also will briefly discuss his findings as they relate to Chinese philanthropy in Los Angeles, based on interviews with leading local experts in Chinese philanthropy. 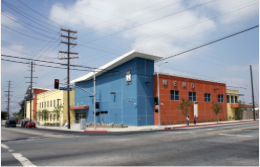 This abbreviated study surveys demographic trends in the MEND Service Area. The data and analysis presented in this abbreviated study are drawn from the 2000 and 2010 Census of the United States, the 2010 American Community Survey (5-year summary), and the Longitudinal Tract Data Base from Brown University’s Spatial Structures in the Social Sciences. 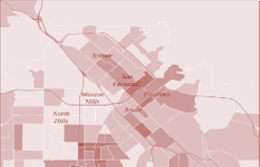 This brief report uses American Community Survey data from 2009 to assess the state of poverty in the Northeastern San Fernando Valley. One of the most striking demographic trends of the previous decades has been the steady increase in single‐mother households. The increase was most dramatic in the community of Arleta, where the percentages of households that were headed by single mothers with a child under 18 years of age increased by approximately 53% between 2000 and 2009. Because single‐ parent householdership often correlates strongly with poverty, this is a potentially troublesome trend. 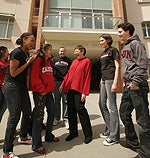 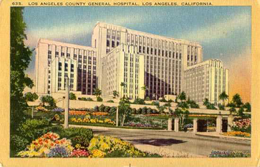 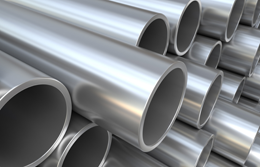 Can We Breathe and Be Economically Competitive? Air Quality Regulations and Economic Growth in the Metal Finishing Industry in Los Angeles (.pdf) 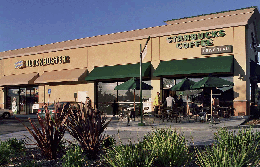 This study assesses the impact of the Chesterfield Square retail development, opened in 2001, on the surrounding community in South Los Angeles. African American leaders and developers have long argued that bringing new retail businesses to South Los Angeles will not only create new jobs but also have a “spillover effect” by luring other employers to the area, and will improve neighborhoods by reducing crime and raising property values. Did Chesterfield Square have this effect?