Welcome to the CSUN Department of Cinema and Television Arts, located in the heart of the entertainment industry.  With seven programs of study, CTVA offers unparalleled opportunities for academic and professional training in a richly diverse environment.

Our faculty bring extensive professional experience to the classrooms, studios and labs, and are committed to instilling the knowledge, expertise, creative and analytical skills that will allow students to achieve their goals in the fields of television, film and new media.

We are housed in Manzanita Hall, designed by world-renowned architect Robert A.M. Stern. Our facilities are industry-standard and include film and television sound stages, post-production and mixing suites, a new media lab, a digital visual effects and animation suite, and the 130-seat Elaine and Alan Armer Screening Room.  The CSUN Cinematheque regularly programs film series and other screenings and events in the Armer.

CTVA alumni work in every facet of the entertainment industry.  Extensive relationships with studios, networks, production companies and other organizations provide students with access to internships, jobs and other collaborative opportunities.

Congratulations to recent graduates Akinori Chen, Michael O'Leary, and Daisy Reyna, who have been accepted into Graduate programs at Chapman University. Read more

Congratulations to Screenwriting alumna Kara Swenson and Television Production alumna Raquel Tuil, who have been accepted to the Writing and Producing for TV program at Loyola Marymount University. Read more

Senior Román Zaragoza, who is producing the senior film project This Is Their Land, a historic Native American story currently in pre-production, co-stars in the CBS comedy pilot Ghosts, a co-production of Lionsgate and the BBC. The pilot has just been picked up for a series on CBS, and Roman will be a regular co-star. Roman is a minoring in Theater.
Read more

On Oct. 16, Netflix post-production pros Nancy Valle and Bill Fiala led a master class for CTVA students over Zoom. The guest lecture, “Post-Production 101,” was an introduction to the ins and outs of the post-production process — from editing footage to completing the sound mix — for every in-house project the streaming giant produces. Read more

Two CSUN Cinema and Television Arts alumni were recognized for their work in the television industry at the 72nd Primetime Emmy Awards. Read more

Films like “The Help” — a period piece set during the 1960s Civil Rights Movement that follows a white woman’s relationship with black maids — may leave viewers feeling positive about society’s progress when it comes to race — a feeling that raises concern among critics, including California State University, Northridge film professors Michael Johnson Jr. and Nate Thomas. Read more

Graduating senior Ravhel Granillo will be attending the Production and Directing Program at UCLA in the fall.  Read more

Review all the NEWS saved in the archives. 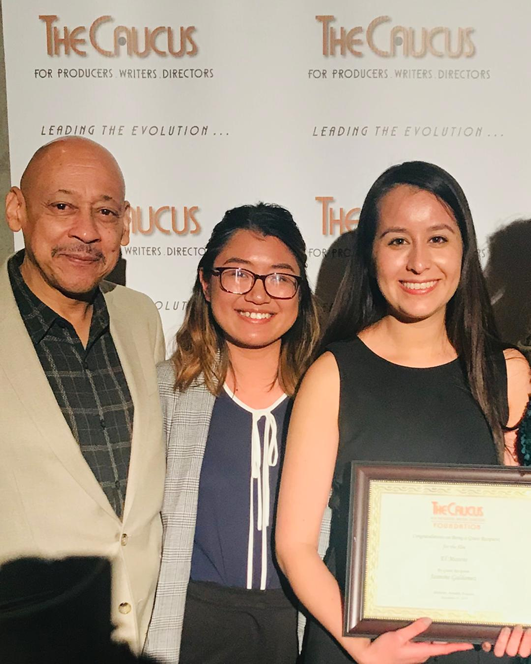 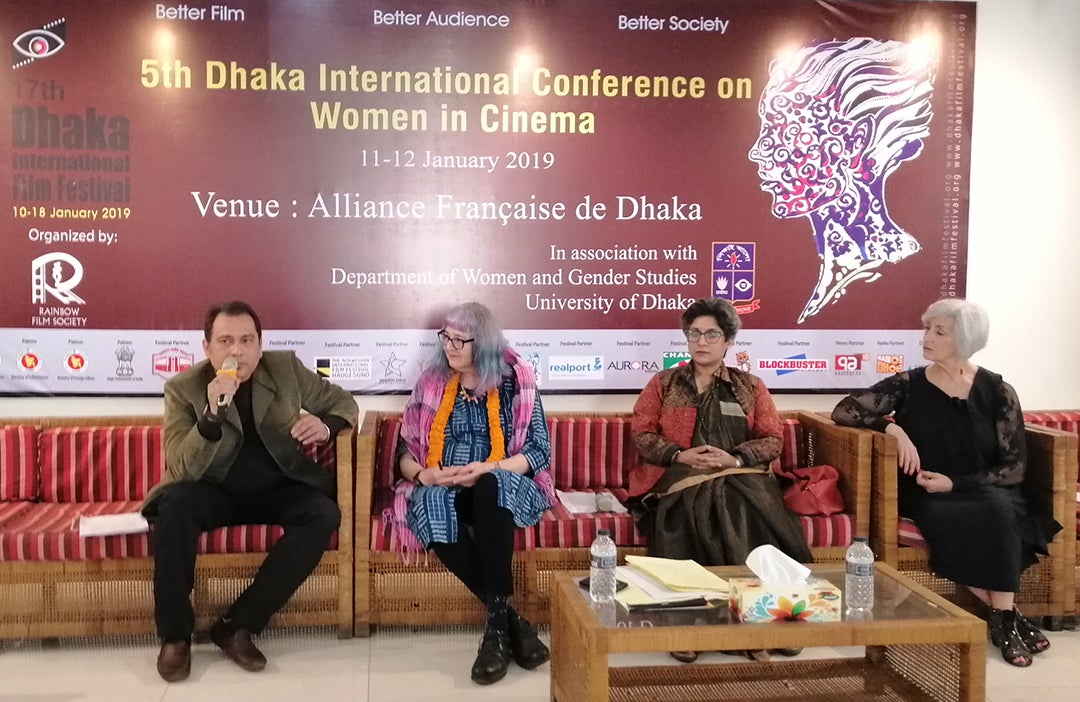 Professor Alexis Krasilovsky gave a five-day workshop on screenplay adaptation, based on her book, "Great Adaptations," at the EMK (Edward Kennedy) Center in Dhaka, Bangladesh, for the International Academy of Film and Media.  She also participated in the International Conference on Women in Cinema and the "West Meets East" producers' conference at the Dhaka International Film Festival.  http://www.observerbd.com/details.php?id=179166&fbclid=IwAR2m2odmt9lWW6F9ZPRrAhEBt3Pkdzqtt9Hd30GghX3EAW4tJ_23fAl8Vos 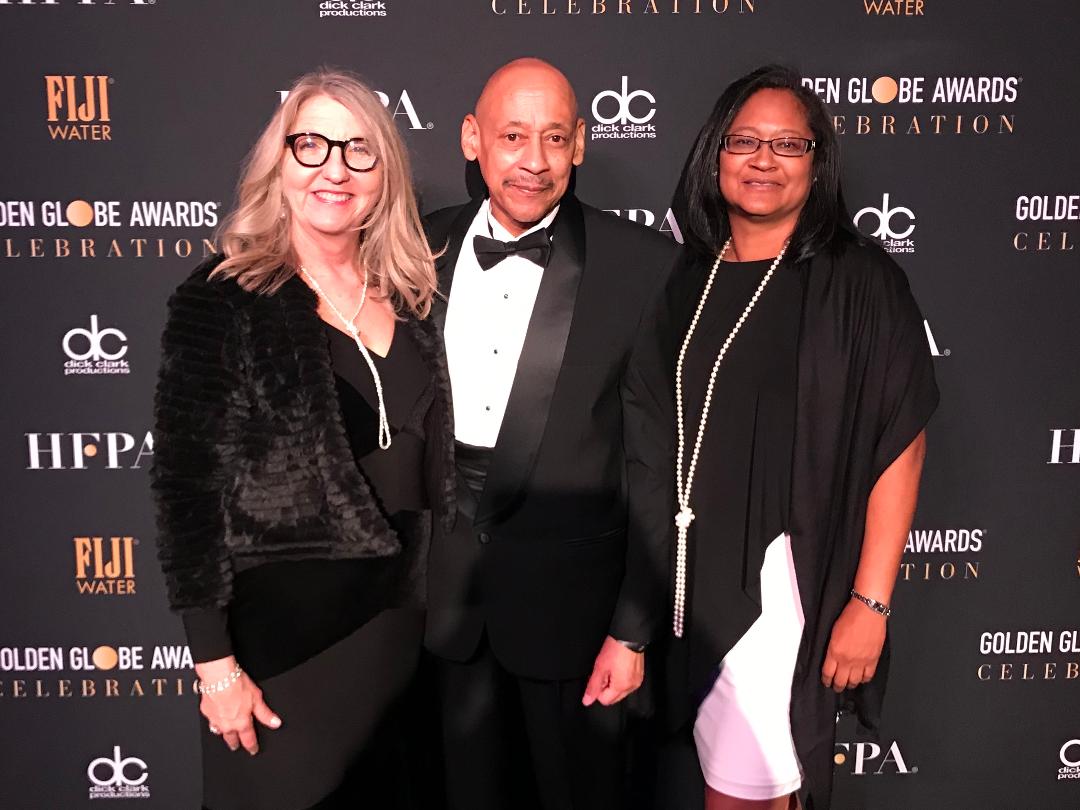 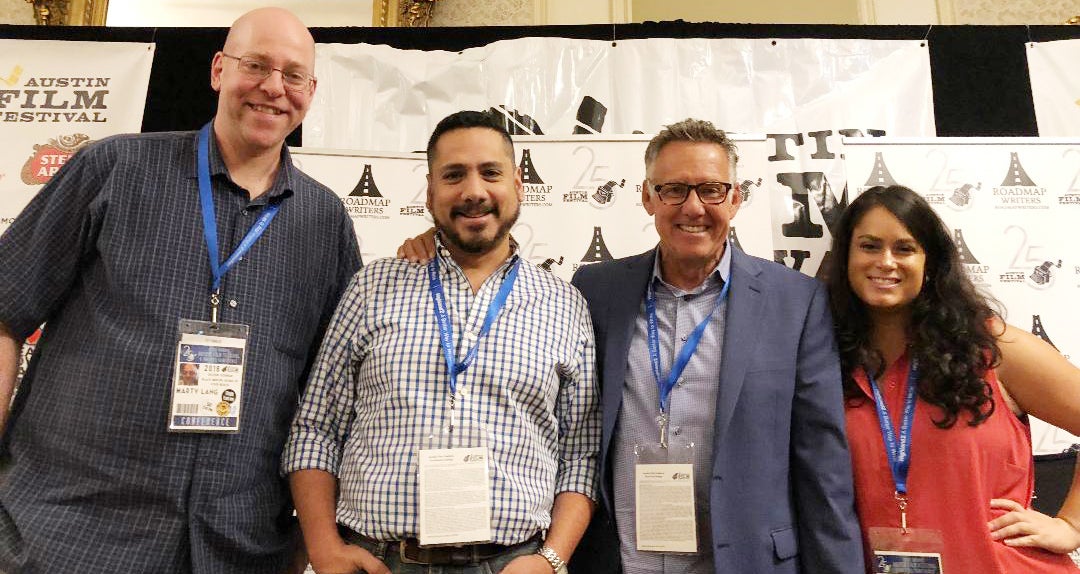 The CSUN Campus has transitioned to virtual instruction and social distancing with the majority of employees working remotely. However, we are still here to support you! Please see the information below to reach the Department of Cinema and Television Arts. 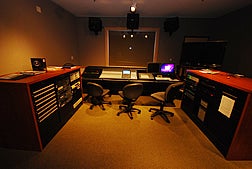 Tours are available only during the spring and fall semesters (from mid-August to mid-May). Currently tours are not being offered due to the COVID-19 shut-down.

Regular hours are 10am - 3pm Monday through Friday. Please make an appointment by sending an email to csunscriptlibrary@gmail.com (after the COVID-19 shut-down is lifted).

If you took a course at another college that is the equivalent of a CTVA lower-division core course, and if that course taken elsewhere is not recognized by SOLAR as the prerequisite for an upper-division CTVA course that you are eligible to take next semester, please follow the instructions below:

The CTVA Department will get back to you as soon as possible. Please send your request a day or two before your registration appointment. CSUN’s Department of Cinema and Television Arts (CTVA) was one of 40 schools around the world to make Variety’s list of THE BEST FILM SCHOOLS IN 2018
Click here to read the entire story. CTVA Television Production student and university ambassador Miguel Flores awarded CTVA Professor Maria De Las Carreras with a Polished Apple Award. This award is given in recognition of a CSUN faculty or staff member's positive influence in the student's  life.