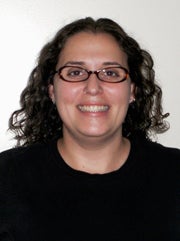 Immediately after earning her MA, Shira began working at the Institute for Multicultural Counseling & Education Services, Inc. (IMCES), where she became a Certified Domestic Violence Advocate and Program Coordinator for a CalWorks Domestic Violence program. It was here that she worked one-on-one with survivors of domestic violence providing access to community resources.

In addition to working as Program Coordinator and Case Manager at IMCES, Shira was successful in writing and was awarded two Requests for Proposals from the Los Angeles County Department of Children and Family Services, including a contract for the Family Preservation Program and the Wraparound Approach Services program – providing more than $4 million of funding.

She belongs to various national organizations, including the Coalition to Abolish Slavery and Trafficking, the Center for Policy Alternatives, and Operation Read. Shira has been teaching in the CSUN Women’s Studies department since Spring 2006. 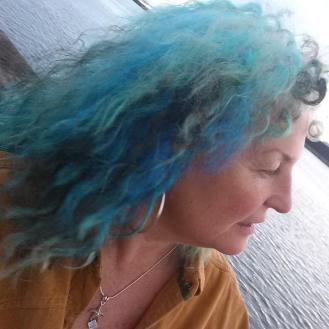 Dr. Cartier has a Ph.D. in Religion with an emphasis on Women and Religion from Claremont Graduate University.  She is the author of the critically acclaimed book Baby, You Are My Religion: Women, Gay Bars, and Theology Before Stonewall(Routledge 2013).  She is a senior lecturer in Gender and Women’s Studies and Queer Studies at California State University Northridge, and in Film Studies at Univ. of CA Irvine. She is also a published poet and playwright, accomplished performance artist, scholar, and social change activist. She holds a BA in Communications from the University of New Hampshire; an MA in English/Poetry from Colorado State University; an MFA in Theatre Arts (Playwriting) and an MFA in Film and TV (Screenwriting), both from UCLA; and an MFA in Visual Art (Painting/Sculpture) from Claremont Graduate University.  She is co-chair of the Lesbian-Feminisms and Religion session of the national American Academy of Religion and co-chair at the regional level of the Queer Studies in Religion session, founder of the western region Queer Caucus, and a perma-blogger for Feminism and Religion. She is also a first-degree black belt in karate, Shorin-Ryu Shi-Do-Kan Kobayashi style, and a 500 hour Yoga Alliance certified Hatha Yoga teacher 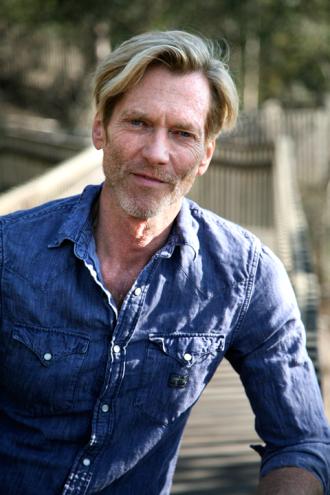 Matthew holds a BA in English from Occidental College and an MFA in Film & TV Directing from UCLA.

Matthew is the author of the 2010 novel Year of my Sticky by Sebastian Long. Matthew is also the writer, producer, director of a 43-minute featurette Free Zone (ZDF/Arte). Both of these products explore bisexual male identity within a wider socio-political-cultural context.

Amanda Harrison received her BA and MA in English Literature from California State University, Northridge while working internationally as a marketing and touring executive in the live music business. She focuses on the continual logistical skills needed to keep tours on the road, manage multiple time zones, and put festivals on sale. Always behind the stage and never on it, Amanda believes in doing whatever you need to do to keep your client happy.

She currently teaches at CSUN in the English Department, Queer Studies Program, and the Music Industry Administration Program. She strives to incorporate business rhetoric, professional workplace writing, pop-culture, current trends, social media analysis, and world issues in her classes. Additionally, she maintains a consulting business for musicians and music festivals around the world. 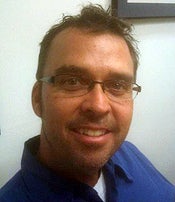 Greg Knotts is an Associate Professor of Elementary Education in the Michael D. Eisner College of Education here at California State University, Northridge.

Beginning in Fall, 2012, Dr. Knotts served as the Director for the Queer Studies Program.

He earned his Ph.D. in International/Intercultural Education from the University of Southern California.  He also holds a Master’s degree in Elementary Education and a BA in Business Administration, both from Loyola Marymount University.  Greg’s primary research interests are focused on issues of gender and sexual orientation and how they impact the elementary school.  Social construction, creating safe spaces to learn, and integrating gender and sexual orientation consciously into the Social Studies curriculum continues to be prominent in Greg’s research.

He has written Reclaiming Social Studies for the Elementary Classroom as well as numerous articles in the Journal of LGBT Youth, Social Studies and the Young Learner, and the International Review of Education. 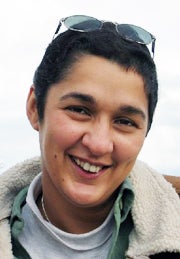 She received her Ph.D. from the University of New Mexico (1999) in Communication Studies with an emphasis on gender, media, and intercultural communication. Her academic research and articles focus on the intersections of gender, sexuality, media, technology and global culture, with a postcolonial analysis of media in India and the diaspora. Her research interests range from Hindi films and call centers in India to racialized implications of silences and bridgework. Her co-edited book Silence, Feminism, Power: Reflections at the Edges of Sound is releasing on Palgrave Macmillan in Fall 2012.

Dr. Malhotra has experience in the Indian film and television industries. Prior to earning her Ph.D. degree, she worked as an Executive Producer and Commissioning Editor of Programs at a progressive television network in India. She has also worked in the Indian film industry as an Assistant Director to Shekhar Kapur (director of Bandit Queen and Elizabeth). Dr. Malhotra began teaching in the Women's Studies department at CSUN in Fall, 2000. She teaches courses on women and popular culture as well as general WS classes. Dr. Malhotra often teaches online courses for the department.

In 2004, she produced and co-directed the video project, CSUN Struggles for Peace and Justice. She worked as an Associate Producer on the 2006 documentary, The Shape of Water. Directed by Kum-Kum Bhavnani and narrated by Susan Sarandon, The Shape of Water offers a close look at the far reaching and vibrant alternatives crafted by women in response to environmental degradation, archaic traditions, lack of economic independence and war. She has also worked as a consultant on the 2008 documentary Bollywood Crossings, directed by Tavishi Alagh.

Dr. Malhotra served as the Coordinator and Advisor for the Queer Studies Program from 2008-12. Her class, Sex, Lies and Media is one of the electives for the QS minor.

Mary Shannon graduated from the University of California, Santa Barbara with a BA in Anthropology, and from California State University, Northridge with an MA in English/Creative Writing in 2000.

Mary teaches composition in the English and Queer Studies departments at CSUN. She also teaches Business Communication and Creative Writing in the English Department.

In addition, Mary has taught at various community colleges in their composition programs, and creative writing at Los Angeles Academy of Figurative Art. Mary is a frequent table leader and reader for the UDWPE and part of assessment committees for the Stretch Program. She has been a past reader for the Advanced Placement English Language for the ETS.

Since 1997 Mary has been the President of the Board of Directors of Alliance of Abilities, a non-profit, psychosocial program for people with disabilities. She has also does grant writing for the program.

Mary has had several poems and short stories published in various literary magazines. She co-authored the memoir, You’re Not the Boss of Me, with Sam Durbin, a transgender person with disabilities, published by Innovations Press. Mary has been teaching in the CSUN English Department since Fall 1999, and in the Queer Studies Department since 2014.