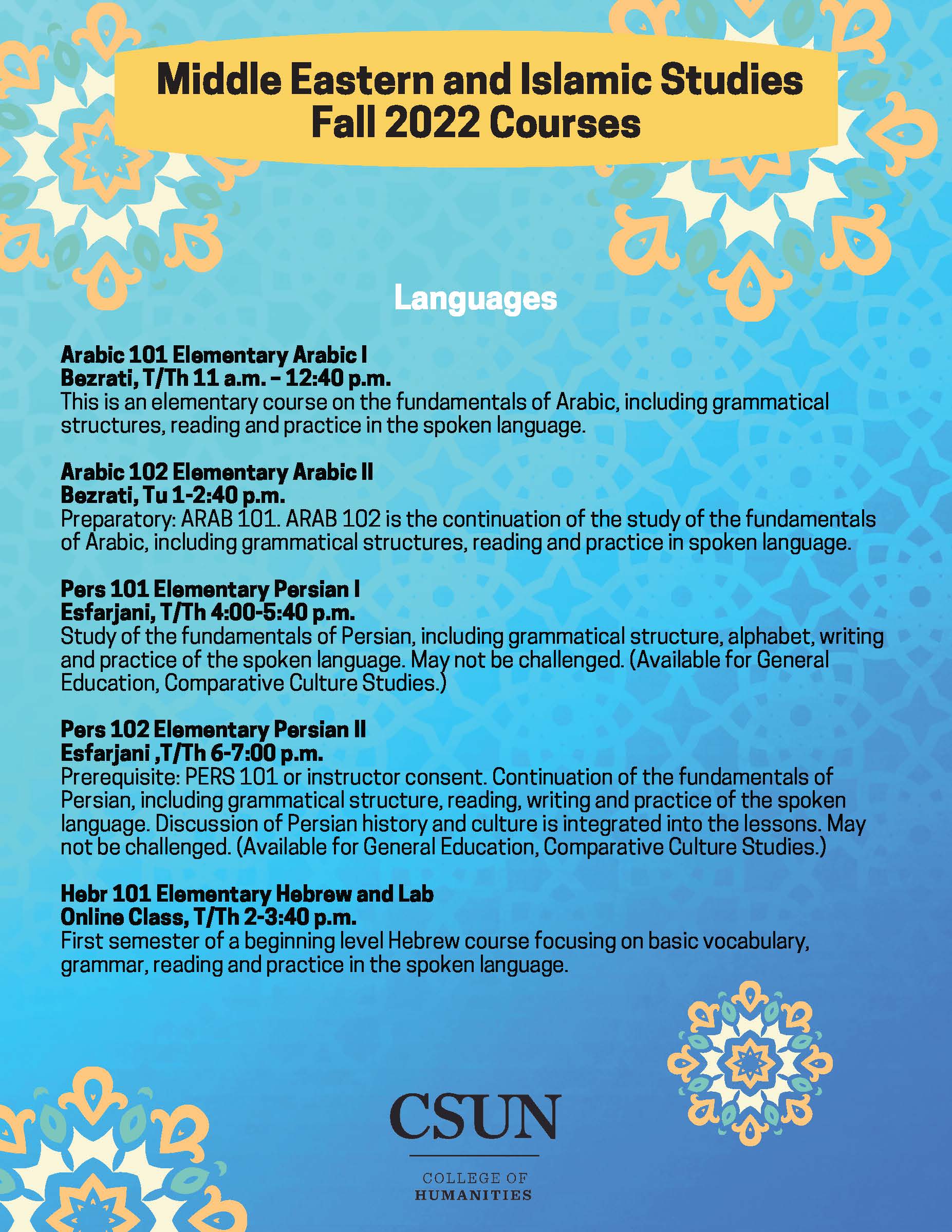 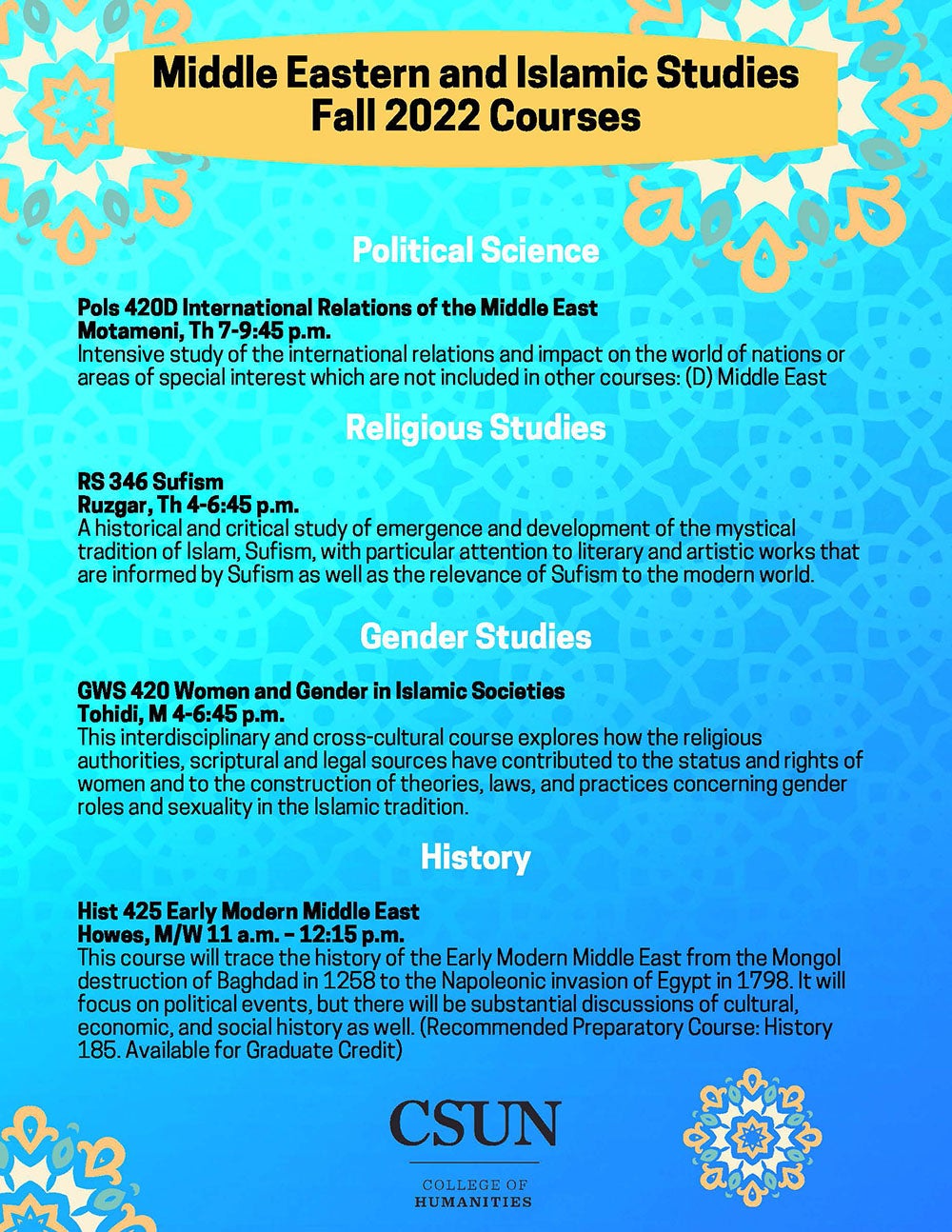 The Middle Eastern and Islamic Studies (MEIS) Program at CSUN is a new interdisciplinary minor established in 2013. It offers courses in the languages, histories, religions, cultures, sociology and politics of Middle Eastern peoples. It also seeks to enhance students’ understanding of Islamic cultures and the Muslim communities both internationally and within the United States.

In addition, MEIS provides an academic home for the study of the intellectual, cultural and material conditions that have shaped our current understandings of and relationships with the Middle East and Islamic societies. Among the primary beneficiaries of this program are students interested in becoming scholars, journalists, translators, interpreters, diplomats, businesspersons, negotiators, and personnel in foreign offices.  Some of the courses in the MEIS program satisfy General Education (GE) requirements or may be used as electives in several majors. 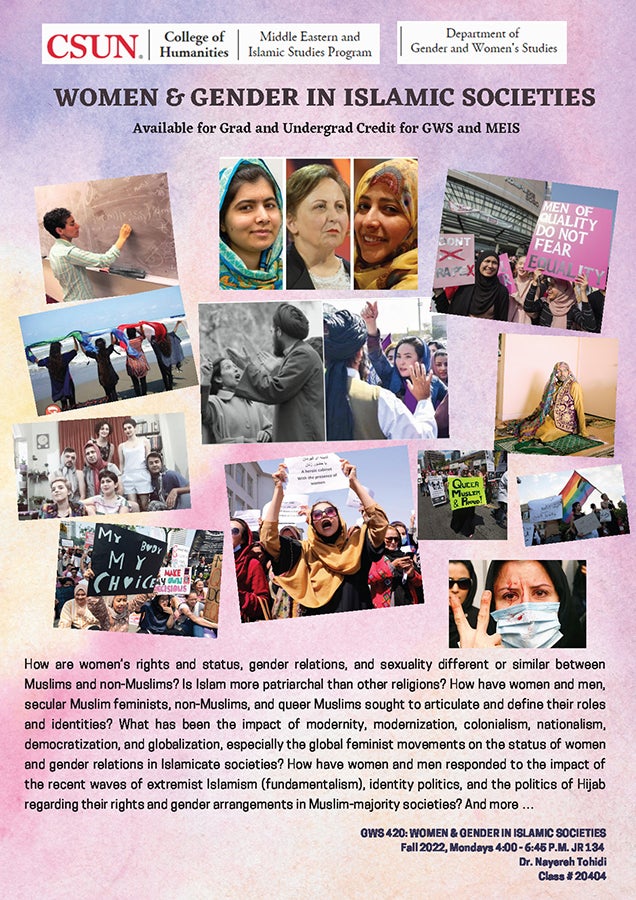 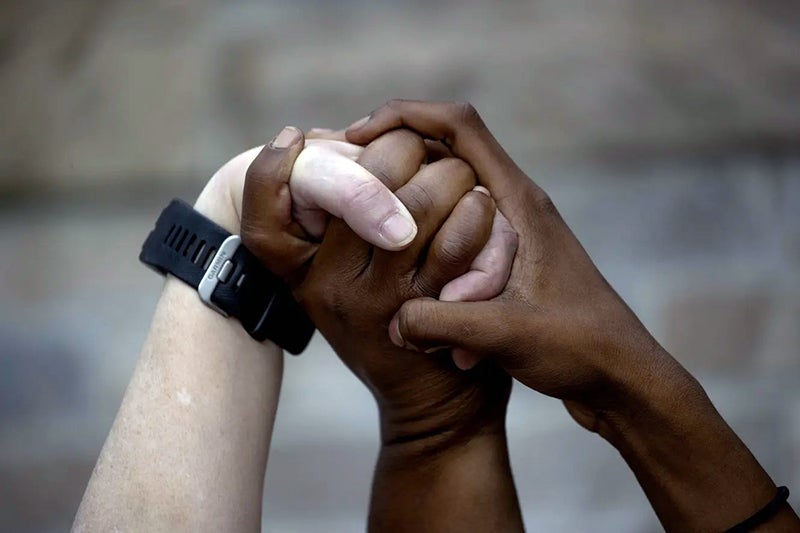 The Middle Eastern and Islamic Studies (MEIS) Program stands in solidarity with the current nationwide and international civil protests against systemic racism brutally manifested in the police violation of human rights, especially the murder and abuse of Black and African American communities with impunity. We include our voices in support of the demand for justice in all cases of such murders, including George Floyd, Ahmaud Arbery, Breonna Taylor, and many others.

The MEIS interdisciplinary program at CSUN is committed to social justice by educating our students about the destructive effects of racial, sexual, ethnic and religious prejudices and stereotypes. We are also committed to educating against anti-blackness in our communities.

Our mission closely intersects with social justice movements that seek to demilitarize the police and, rather, invest in the social, political and economic well-being of all. We condemn the brutal dehumanization of communities of color, women, and new immigrants under a system of white supremacy and domination. It is clear that we need systemic reforms now in order to pursue equity and justice for marginalized communities. It is only when Black Lives truly Matter that we will make progress toward building a more just society together.