The Department of Political Science at California State University, Northridge stands against Anti-Blackness, racism, and violence perpetrated against Black communities. George Floyd was one of several unarmed Black men and women senselessly murdered by police and white vigilantes in recent months.  Ahmaud Arbery was killed by two armed white men while jogging in a South Georgia neighborhood. Breonna Taylor, an EMT, was killed by police in her apartment in Louisville. Tony McDade was killed by police in Tallahassee. In June, after weeks of protests, Rayshard Brooks was fatally shot by police in Atlanta in the parking lot of a Wendy’s. We pause to remember these individuals because their lives mattered.  Although the disturbing reality is that there are numerous others, we want to honor the memories of all victims of racial violence, by saying the names of the following Black men, women, and children whose lives have also been taken:   Malice Green, Sandra Bland, Tamir Rice, Atatiana  Jefferson, Alton Sterling, Walter Scott, Freddie Gray, Eric Garner, Philando Castile, Michael Brown, and Trayvon Martin. As a department we condemn the racism, bigotry, callous disregard for human life, and state-sanctioned violence that led to their deaths. We recognize that our Black students, faculty, and staff live with the constant fear that their names could be added to this list, and we affirm that their lives are precious and must be protected. The violence must stop!

Read the full statement and Recommended Readings from the Department of Political Science. 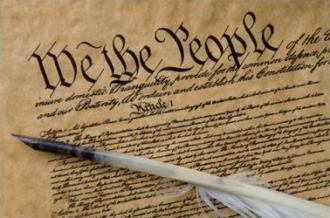 Welcome to the Department of Political Science at California State University, Northridge.  Our department hosts a highly distinguished group of faculty with varied expertise and significant research and publishing records.

We offer a rich undergraduate and graduate curriculum in which most aspects of the discipline and areas of the globe are covered. Given the depth of our faculty's expertise and the range of the courses we offer, our strengths lie in the areas of: American politics, international relations, comparative politics, political theory, and public law.

The Department of Political Science Mourns the Passing of Lecturer, Dr. Kassem

Dr. Kassem Nabulsi, a CSUN Political Science alumnus and a long-time lecturer in the Department of Political Science passed away on Nov. 27, 2022 at the age of 69.  Dr. Nabulsi taught a wide range of courses for the Department in the areas of International Relations, Comparative Politics, and American Politics but the primary courses he taught regularly were Government and Politics of the Middle East and International Relations of the Middle East. Learn more about Dr. Kassem