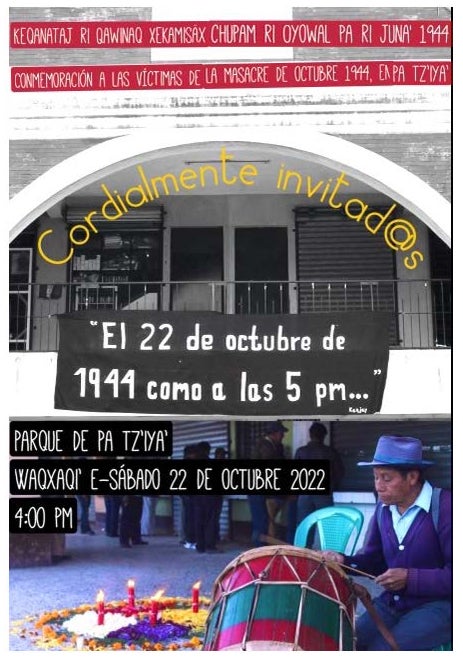 The Department of Central American and Transborder Studies has a tri-fold mission:  to empower the large and growing Central American community in the United States by promoting academic excellence, community involvement, and cultural diversity; to open spaces of global citizenship and dialogue between academia and society that contribute to the construction of a Central American transnational identity; and to promote an understanding and appreciation of the diverse Central American cultures, ethnicities, experiences, and worldviews from an interdisciplinary global perspective.

Consider a degree in Central American Studies and Transborder Studies

Central Americans are one of the fastest-growing ethnic and transborder groups in the United States.  Having intimate knowledge and access to this complex and diverse community gives students vast opportunities to work in a variety of fields, as well as making students with a B.A. in Central American and Studies attractive for future employers.  It gives students hands-on experience in the community and provides them with practical credentials and professional training to thrive in a dynamically changing world.

The Dept. of Central American and Transborder Studies in solidarity with Black, Indigenous, Immigrant, and Queer communities

The Department of Central American and Transborder Studies at California State University, Northridge has always advocated for the preservation of human rights, for the celebration of cultural diversity, and for the rights of transborder communities to migrate and reunite. We strive for justice and the right to build a better future for our communities, particularly those who have been historically impacted by colonial brutality and the global neocolonial policies of this new century.

Los Angeles is a diverse city with only 15 council members and each of them is charged with the difficult task of representing the great diversity of the city of Los Angeles. With their comments, City Council members Nury Martinez (former City Council president), Gil Cedillo, Kevin de Leon, and by (former) L.A. labor leader Ron Herrera demonstrated their lack of qualifications to represent our communities in the City of Los Angeles.

These hateful, racist, and discriminatory comments against Black, Indigenous, Korean, queer, and immigrant communities—as well as children—are the result of a historic nationalistic rhetoric, which has produced segregation, discrimination, racism and violence in the City of Los Angeles and across borders. These words against a Black child do not only reveal racism but also support violent forms of discipline imposed on children. In stating that they don't know where Indigenous immigrants in Koreatown came from, they express their anti-immigrant sentiment as well as their historic racist rhetoric against Indigenous communities that has permeated the entire modern history of the Americas. The insensitive comments about gender and queerness are part of a long history of misogyny and homophobia in state institutions. The entire discussion about the redistribution of districts pits one community against the other and makes visible their lack of solidarity and their inability to build alliances between diverse communities.

We demand the immediate resignation of Nury Martinez, Gil Cedillo, and Kevin de Leon, from the L.A. City Council.

In solidarity with Black, Indigenous, Immigrant, and Queer communities,

The department of Central American and Transborder Studies at California State University, Northridge.