The 2018-2019 Matadors of Distinction embody the CSUN "We Can Do This!" spirit. We recognize them for having demonstrated such qualities as grit and persistence, through timely completion of degree, contributions to the CSUN community, and a commitment to Matador excellence in and beyond the classroom. Read more about each of these eight wonderful students: Karina Barragan, Shirley LaBrie, Wendy Naranjo, Beverly Ntagu, Cedric Revera, Catalina Roldan, Shahed Salehian, and Nver Suchiasean. 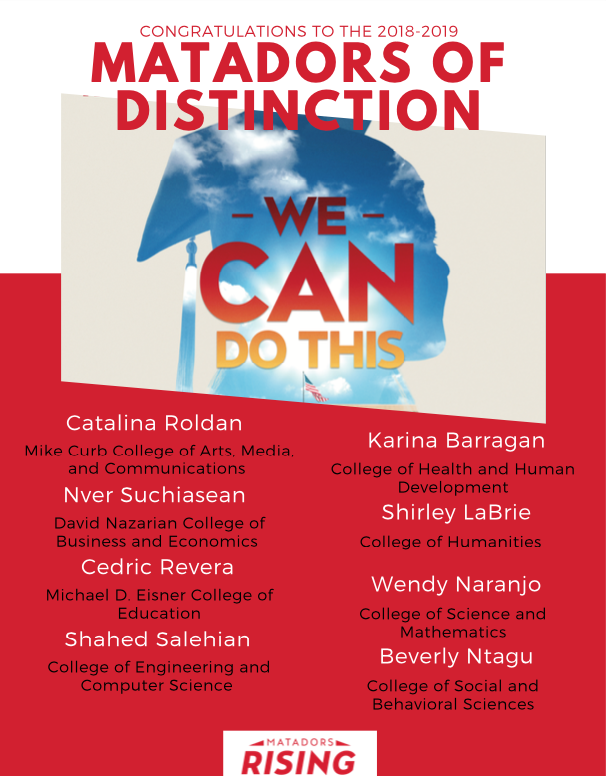 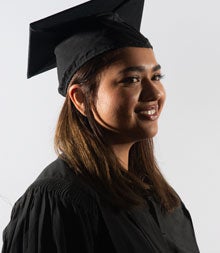 Karina Barragan, a Public Health major, is a stellar student who has had a variety of experiences enabling her to take a multidisciplinary viewpoint towards research. Her sharp critical thinking skills and her deep interest in the intersection of culture and health have led her to establish the goal of earning a PhD and becoming a researcher. Her lab coordinator, a Psychology Department faculty member who is part of BUILD PODER, describes Karina as "very mature, responsible, and the type of student that is dedicated to any task given. If she does not know the answer to a problem, she is confident in seeking help or finding the right resources to solve the problem." 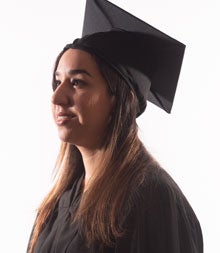 Wendy Naranjo is a proud and successful first-generation college student who has surmounted many obstacles on her way to earning her degree. She began her college career at CSU Dominguez Hills, but because of financial issues she moved back home and began attending a community college. When her family had to move, she was uprooted from where she was living and attending school and once again had to start all over at another community college. She transferred to CSUN eight years after first beginning college, and has demonstrated perseverance and exceptional commitment to earning her Marine Biology degree. She seeks out support, asks questions, and commits herself to studying every day to earn the best grades possible even when she is challenged by the course subject. Her tenacity is commendable and demonstrates her embodiment of the CSUN Matador spirit. 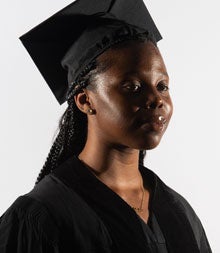 Beverly Ntagu served the campus as the President of CSUN's Associated Students. She was also elected as the President of the Tau Zeta Chapter of Delta Sigma Theta Sorority, Incorporated. She has been active on campus since her first semester and has left a lasting impact on many students. Despite facing many challenges, Beverly has always encouraged others to "keep on keeping on."  She strives to push herself to excel beyond her limits, but she is not focused on herself. In fact, her personal motto (which she adopted from her mentor, University Student Union Executive Director Debra Hammond) is, "It's not about you." A Child & Adolescent Development major, she has worked hard on behalf of her peers, while keeping her education at the forefront of all that she does. 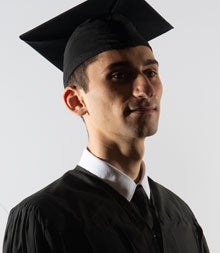 Nver Suchiasean embodies the "We Can Do This!" spirit with everything he does. According to his supervisor, as a Student Assistant on campus, "he has demonstrated trustworthiness and dependability by always greeting you with a smile and being his genuine self. He makes sure to communicate exactly what you are asking of him to show that he understands and you can trust that he will keep to his promises and stay on schedule.

"Everyone in the office knows Nver is dependable because he will step in even when it is not requested or required. Nver is a top performer and it shows not just in his character and professionalism here at work but in his work ethic towards his academic success as a Business Law major and overall throughout his life. He is driven, dedicated, and kind."

Shirley LaBrie, a Gender & Women's Studies major, is committed to issues of equality and inclusivity. She is particularly passionate about ending gender-based violence. Outside the classroom, she served as the Coordinator for Project DATE (under the auspices of University Counseling Services and StrengthUnited), which is committed to raising awareness on issues of sexual assault and ending rape culture. She regularly integrates what she learns in the classroom with her Project DATE activity, making her work thoughtful and grounded in academic theory while also being applied to a practical context. As Coordinator, she facilitated two groups (beginner and advanced) to teach undergraduates about these issues and to prepare them to give invited classroom presentations, which reach thousands of CSUN students annually. She has worked with her team to design and implement campus-wide wellness events including "It's On Us" and "SAAFE" week in which hundreds from the CSUN community interact with these issues. She personifies what it is to live one's values.

Cedric Revera is persistent, courageous, and authentic. In his role as Student Coordinator for Academic Initiatives, Cedric was  responsible for the oversight and supervision of a student staff of 21 Academic Mentors serving a residential community of nearly 4,000 students. According to his supervisor in Student Housing, "Cedric's leadership and compassion are remarkable, and his ability to connect with students makes me believe that he will be a stellar student affairs professional one day. Cedric teaches his team about self-care, prioritizing mindfulness, and being an effective leader. He has facilitated many discussions/trainings around these topics for our staff." Cedric began at CSUN as a transfer student, and struggled to find his sense of belonging. He is passionate now about engaging transfer students, and acknowledging the lack of resources that exist for them. Beyond his role in the Office of Student Housing, Cedric performs with excellence in his academics as a Deaf Studies major, and he is a member of the Deaf Student Association.

Catalina Roldan has always been an active student with an intense interest in social causes beyond the classroom.  Under ordinary circumstances a disciplined and dedicated student can expect to earn good grades. However, when circumstances are tough and grades remain satisfactory, you can be sure the student has expended additional effort.

When she was 13, Catalina Roldan moved from Colombia to California. This change meant for her not only the pain of leaving her family and her homeland, but also adapting to a new culture and learning English as a second language, and coping with bullying in middle school for her lack of fluency. Catalina moved on to High Tech L.A. high school, a definitive time for her to level herself academically, to adapt to a new culture, and to achieve proficiency in English.

Catalina eventually became a full-time student at CSUN, while continuing to work as a part-time food server, a job she took on while still in high school. In her senior year at CSUN, her project promoting dialogue and conflict resolution through music as a tool for change was chosen to represent CSUN at the Clinton Global Initiative University in Chicago. After earning her bachelor's degree as a double major in Journalism and French, she plans to attend grad school to obtain a Master's in Social Entrepreneurship.

Shahed Salehian has been a student assistant in the department of Student Affairs IT for nearly two years. In that role, he has been involved with several technology projects as a dev-ops engineer. Shahed has had significant responsibility for incrementally improving and ensuring the smooth operation of several web applications used by tens of thousands of CSUN students. His involvement has been instrumental in migrating these applications to the cloud, improving both performance and reliability of day-to-day operations. When Shahed is presented with a challenge, he meets it head-on and methodically figures out the pros and cons of various approaches to addressing that challenge. He then effectively articulates the implications of those approaches and skillfully executes on decisions.

Shahed's excellence extends beyond technology. He's also a fantastic communicator and connector. As a result, Shahed has been actively recruited by several of the largest global technology companies, and months in advance of graduation with his degree in Computer Information Technology, had already secured a full-time job. Shahed exhibits all the qualities of the kind of person you want to work with, and embodies the "We can do this!" spirit of a true Matador.