For those students interested in ROTC and that have been accepted into a graduate program at CSUN and have at least four semesters left, ROTC has opportunities for you.

LTC/Summer Job Opportunity: Most graduate students will have to participate in the Leadership Training Camp(LTC) which is a four week program at Fort Knox offered during the summer. LTC is designed to provide a basic set of knowledge about the Army. The summer before your first year of grad school, we will send you to LTC (Leadership Training Course). LTC is a paid, month long course at Ft. Knox KY in which all travel, food, and housing is paid for. By attending LTC you will learn the basics of what it is like to be an Army Officer. This includes basic military tactics, land navigation, rifle marksmanship, and leadership. By attending LTC you owe the military and ROTC no obligation whatsoever. But should you decide that becoming an Army Officer is for you, then you can contract the beginning of your 1st year of grad school. If you decide to contract you will take military science classes your first and second year of grad school, then when you graduate you will become an officer in the Army. Learn More about the LTC Program. 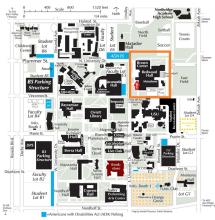