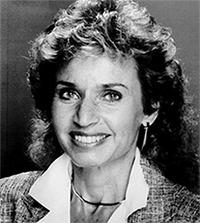 Marilyn Magaram found joy in family, nutrition, and fitness. A USC trained Physical Therapist, Marilyn developed a passion for nutrition as she and Philip raised their children, Jodi and Justin. To earn her Master’s, Marilyn came to CSUN and soon met mentor and friend, Professor Tung Shan (Tom) Chen. Marilyn delved into research of the B-vitamin, folic acid, and its role in overall health. In 1984, she received her Master’s in Nutrition, Dietetics and Food Science in Home Economics (now Family and Consumer Sciences). She became a Registered Dietitian, began a private practice, taught at CSUN and UCLA and was inducted into the National Human Sciences Honor Society, Kappa Omicron Nu. The motivated, inspired life of Marilyn Magaram ended far too soon. To honor Marilyn, her loving family established the Marilyn Magaram Center for Food Science, Nutrition and Dietetics at CSUN. Through community outreach, student activities and research, the Center is a vibrant reminder of Marilyn’s enthusiastic approach to health and life. 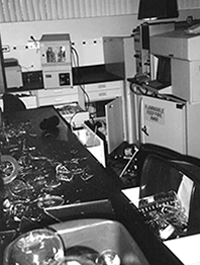 On June 15, 1991, the center was brought into reality by Philip Magaram and his family as a tribute and memorial to their wife and mother, Marilyn. Marilyn Magaram received her M.S. from CSUN and was an instructor of Food Science, Nutrition and Dietetics. Unfortunately, her life was too short. The efforts of family and other donors who treasured her memory resulted in a resource that is not only important to CSUN students, but supports the professional dietetics and food science community and serves the community at large.

It All Came Tumbling Down!

Less than four years after the opening, the Magaram Center suffered what could have been a total disaster in the form of the Northridge Earthquake.  Amazingly, the entire Fine Arts building was condemned except for the Magaram Center wing itself. Classes continued to be held in the wing until the building was demolished. Largely because of research and activities going on at the Center and the persistence of Dr. Tung Shan Chen, the Center’s original Director, the university provided a complex of plumbed and wired trailers to house the program until a new facility could be opened several years later. The support of Phil Magaram, the Drown Foundation, other donors and the Magaram Center Advisory Board was critical during these years. 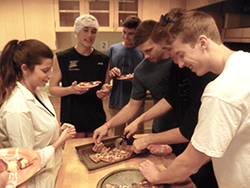 Few university laboratories enjoy major upgrades within ten years of origination. However unwelcome was the Northridge Earthquake, it provided a grand opportunity to enlarge the Center as it moved to Sequoia Hall. The current facility includes the Nobbs Auditorium and an advanced food science laboratory. It also includes enhanced office, conference, and classroom preparation space. Yet, the Center staff under constantly working to meet the challenges of ever-changing technology and new strands of research.