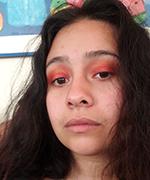 Raven Freebird is a former foster youth and part of White Earth Nation Mississippi Band of Ojibwe. She is the current president of the American Indian Student Association at California State University, Northridge and the Academic chair for Sigma Alpha Zeta Sorority Incorporated. Perusing her Degree in English Literature with a minor in Political Science and American Indian Studies, Raven’s dream is to change the world into one where indigeneity is not only recognized and respected but socially and economically stable. She not only recognizes that she is a product of the past but wishes to ensure a better future by using her present actions to touch the future.

Raven plans on continuing her educational path by earning her masters and pursuing her Ph.D. in American Indian studies. She works every day toward her goal for change whether it be starting conversations about indigeneity or standing up against cultural appropriation. Raven is compassionate about social justice and wants to do nothing more but give back to her community. Raven is currently working for CSUN’s University postal and drives a cart around campus. Despite all odds, Raven looks to a better future recognizing where she comes from and building on her past to create an opportunity. 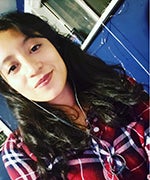 Irene Cruz is a Junior at CSUN who is majoring in Central American studies and Multimedia production. Her focus is primarily on preserving the history and culture of the Central American community today both in the U.S. and in the region of Central America. Raised by a Salvadoran single mother, Irene hopes to spread awareness of the issues that families in El Salvador face day to day due to poverty and political corruption. She aspires to work in network television or documentary filmmaking and further engage dialogue about these issues between communities across borders and all over the world. She is currently a member of CAUSA (Central American United Student Association) and is looking to graduate by June 2020. 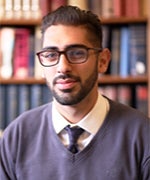 Kevin Ginosian is a Senior at California State University Northridge. Graduating in May 2020 with a BA in English Literature Kevin intends to apply to Ph.D. and Masters programs in Communications studies with the intention of becoming a professor and conduct research in the field of new media, culture and technology. Along with Kevin’s strong focus on academics, he is also interested in teaching, he is a Supplemental Instructor and the Learning Resource Center and received the William L. Wilson Award for aspiring teachers. In his free time, Kevin enjoys playing soccer and basketball at the SRC and coaching soccer at his old high school. 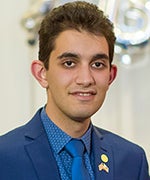 Rodrek Shakoorian is currently a junior majoring in Political Science and minoring in Jewish Studies. During his time at CSUN, Rodrek has joined several academic societies such as THE NATIONAL SOCIETY OF LEADERSHIP AND SUCCESS (NSLS), THE NATIONAL SOCIETY OF COLLEGIATE SCHOLARS (NSCS), HONOR SOCIETY, GOLDEN KEY INTERNATIONAL HONOR SOCIETY, and National Political Science Honor Society. He is a recipient of Jewish Studies departmental scholarship. Upon completing his bachelor’s degree, Rodrek hopes to pursue a Ph.D. in Political Science and entering Law school to earn his Jurisdictional Doctorate. As Rodrek continues his educational path, he hopes to bring awareness about the unique Jewish heritage, and the importance of Holocaust remembrance in our society. Rodrek hopes to bring more student interest in the degree of modern Jewish Studies and, more generally in Humanities. 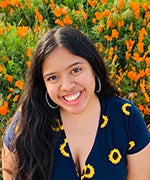 Desiree Cuadra is a proud Latina First-Generation College Student, who is currently in her Junior year at California State University Northridge. She is studying to earn her BA in Liberal Studies and teaching credential and is enrolled in the Integrated Teacher Education Program (ITEP). Desiree is passionate about teaching and working with children; she hopes to touch the lives and hearts of students within her teaching career.

Aside from her involvement in the ITEP program and the Humanities Dean’s Student Council, she is also the Treasurer of the CSUN Liberal Studies Student Association (LSSA), which she has been involved in since her Freshman year of college. She is also a current Supplemental Instruction Leader (SI Leader) on campus, for English and Central American Studies 115 classes, where she enjoys helping Freshmen further develop their reading comprehension and writing skills.

In her free time, Desiree enjoys spending time with her friends and family, playing video games, and going to Disneyland.) 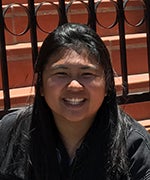 Czarina Isabel Mesia is a proud first-generation college student, who is currently working towards her BA in Liberal Studies. She feels fortunate to be a part of the Integrated Teacher Education Program (ITEP) because it allows her to simultaneously earn her BA and multiple subject credential. Along with being a part of ITEP, she is also part of the Liberal Studies Student Association and is now part of the board as the historian. She is grateful for all the resources and opportunities provided at CSUN that allow her to enhance her skills in the field of education. Czarina is passionate about education and hopes to make an impact on the field of education throughout her teaching career. In her free time, Czarina enjoys watching movies, hiking, and spending time with family and friends. 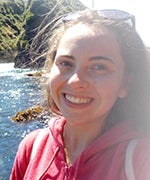 Erin Laing is a first-year graduate student in the Linguistics MA Program. She did her undergraduate degree in International Studies with French and Spanish minors at Wright State University in Dayton, Ohio. Before coming to CSUN she worked as an English teacher at a bilingual school in Concepción, Chile. She is the founder and President of the Linguistics and TESL Club at CSUN. She has a particular interest in cross-linguistic contact and hopes to use her degree to examine the changes that come about in language as a result of this contact. She currently works as a receptionist for library administration and anticipates graduation in 2021.

Modern and Classical Languages and Literatures 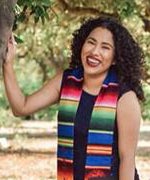 Gabriela Linares is a first-generation university student, she is currently in her first year as a graduate student in the Spanish MA Program at CSUN. She is currently the President of the Spanish Club (L.U.C.I.A.) and part of Gamma Rho Lambda a multicultural/all-inclusive sorority at CSUN. Her career focus is to teach university level and to translate for courts. She wishes to give back to her community with the skills she has acquired through the years.

To obtain these goals, she has been working as a Spanish tutor for the past three years at College of The Canyons and is currently doing Service Learning at Los Angeles Superior Court as an interpreter. She hopes that these experiences will help her gain the experience she will later on need when she starts working in her field. Gabriela hopes to be able to make a change in the world, for the better. 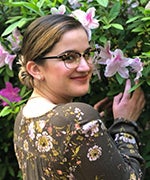 Danielle Snali—a junior at CSUN—will graduate in May 2020 with a BA in Religious Studies and a minor in Gender and Women's Studies.  Danielle's life changed when she took RS 100 (Introduction to Religious Studies). She is now extremely passionate about educating others on religion's impact in history. In her junior year, she became a Supplemental Instruction leader for the Learning Resource Center. She also hopes to become a tutor at the LRC. After she graduates with a BA in Religious Studies, she will pursue a Ph.D. in American History and become a professor. She also hopes to write a book about women in the American army during World War II.