The University Corporation - Facilities and Locations 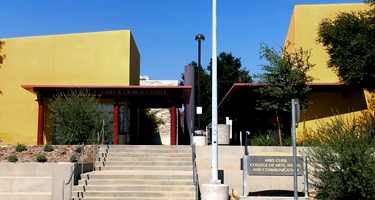 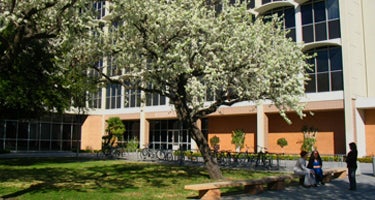 This five (5) story building was built in September 1964. The first floor houses cash services and the Administration and Records offices. The upper floors include the Career Center, Counseling office, and other student-related departments. 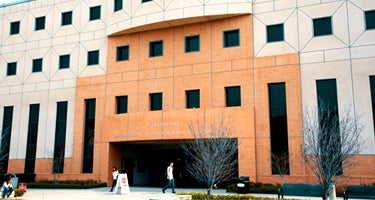 This 80's style building has four stories and two outdoor courtyards. There are tiered and flat floors and classrooms that hold up to 40 students each. Each room is wired with SMART technology.  Bookstein Hall is a regular location for test prep classes. 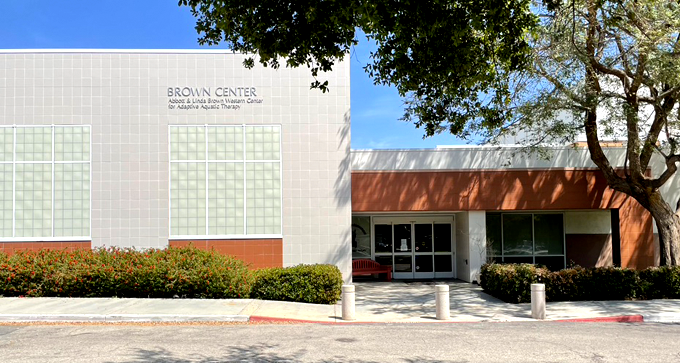 This one story building has 87,868 square feet and was built in 2001. There are two therapeutic pools and physical several therapy workout rooms. 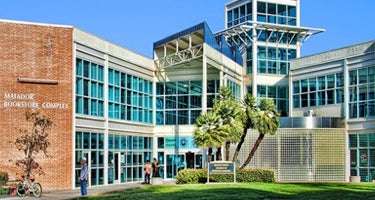 With a style similar to Magnolia Hall, Citrus Hall houses many testing and research laboratories. 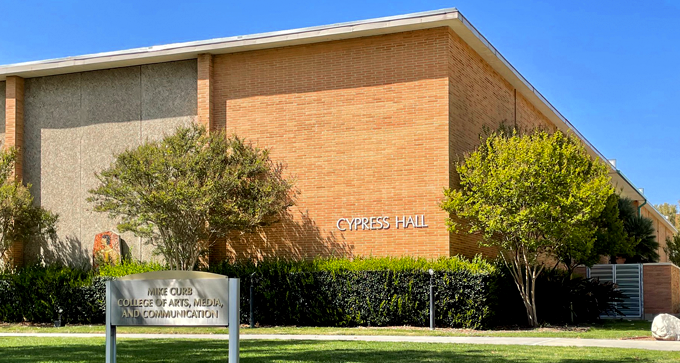 Has been the home for CSUN music students since it was constructed in 1960. It includes a 130 seat recital hall, several large practice rooms as well as many small sound proof booths and classrooms with pianos. There are many wide hallways, some with sliding glass doors, with views of the garden courtyard and waterfall. 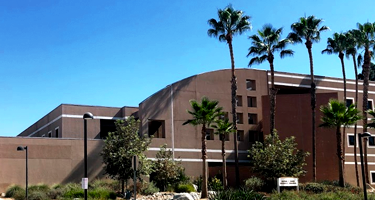 This structure has an open air resting area surrounded by benches and trees. Seating capacity for classrooms ranges from 30 to 40 people. 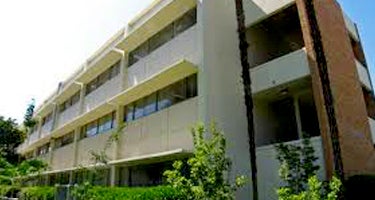 It includes science lecture rooms and laboratories and a basement with a lockers.  An episode of the TV show 'It's Always in Philadelphia' filmed in the hallways of Eucalyptus Hall in 2013. 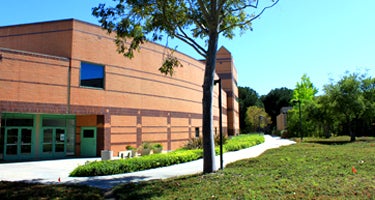 This three-story building complex has classrooms, labs and an auditorium (Johnson Auditorium). 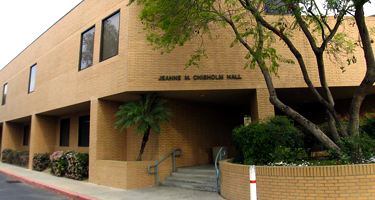 This two story building with an open, center courtyard is home to the National Center on Deafness (NCOD). 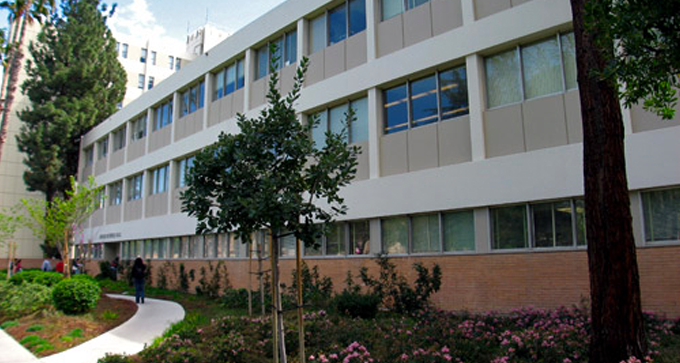 An older 50's style classroom building with rooms of varying sizes with seating capacity ranging from 30 to 40 people, and several lecture rooms holding up to 60 persons. Each classroom has green/black boards, armchairs and a television set. 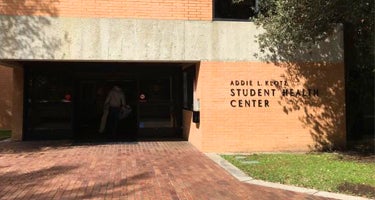 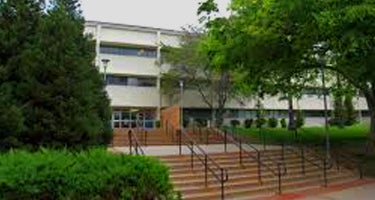 Separated from the Eucalyptus Hall by a small quad area, this building offers a traditional science lecture and laboratory rooms. The classrooms and hallways of Live Oak can be seen in some episodes of the TV show 'The Newsroom'. A contemporary structure that holds classrooms, laboratories, green screen technology, the Armer Theater, and beautiful views of the campus.  The exterior of Manzanita Hall has been used for multiple photo shoots for brand names such as Mazda, Reebok, Sony, and Subaru.  An episode of the web series 'Video Game High School' and the movie 'John Tucker Must Die' filmed in the interior spaces of Manzanita Hall. 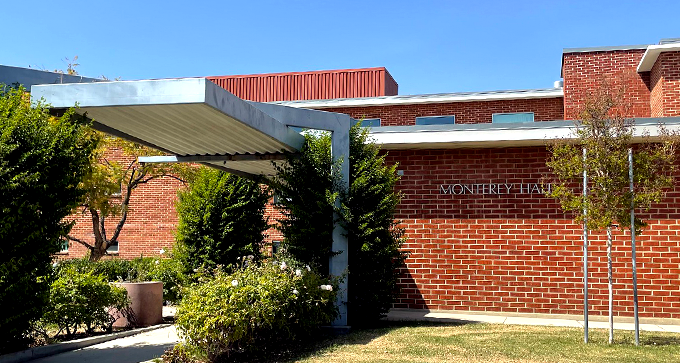 This building has a brick exterior located near the University Club.  The Monterey Hall building can be seen in a 2007 episode of 'My Name is Earl' and 2011 episode of 'The Doctors'. 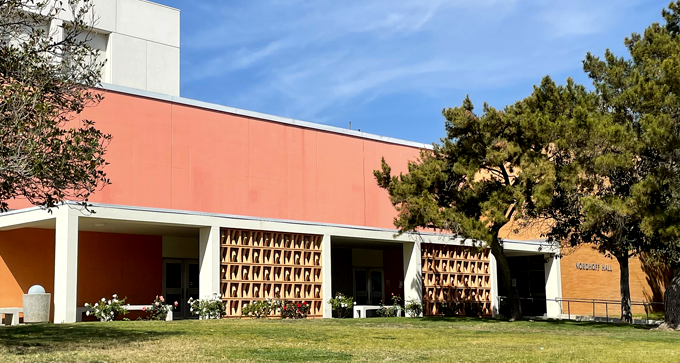 As the home of the Theatre Department, this site accommodates the Campus Theatre, Little Theatre, Studio Theatre, dressing rooms, classrooms, and gray hallways with red doors.  The 2014 French feature film 'White Bird in a Blizzard' filmed some scenes at The Campus Theatre and the exterior of Nordhoff Hall. 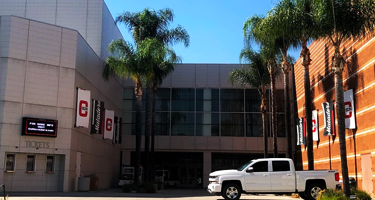 Home to the Athletics department, Redwood Hall houses the Matadome, Activity Center, gym, karate and dance studios, and other indoor athletic facilities. Outside, there is a wide open concrete resting area.  TV commercials for Fox Sports, Tylenol, and Under Amour have been filmed inside Redwood Hall.  The Joffrey Ballet summer program utilizes the dance studios every year. 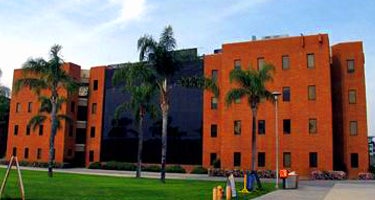 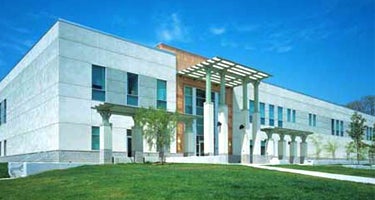 Within this 82,000 square-foot two-story modern structure sits the Marilyn Magaram Center, which includes a Food Science laboratory with a conference room, A Food chemistry laboratory, and the Nobbs Auditorium. Each of the five classrooms in this building, equipped with SMART technology, accommodates 40 people. 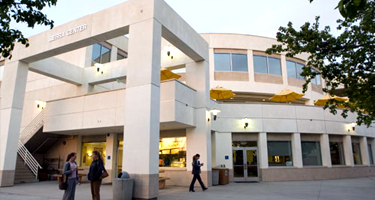 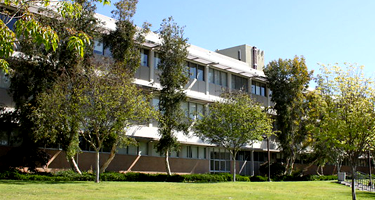 This building has classrooms of varied seating capacities (40 to 84 seats). Classrooms are equipped with green/black boards, and a television set or a collection of world maps. It has a first floor lobby with cushioned seats.  The Sierra Hall Breezeway was the filming location for a Toyota RAV4 commercial.  Sierra Hall is a regular location for Kaplan Test Prep, Princeton Review, and TestMasters classes. 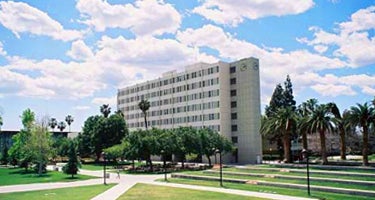 In 2009, CSI episode "Goodbye and Good Luck" was filmed at the Sierra Tower. 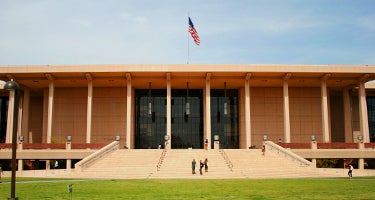 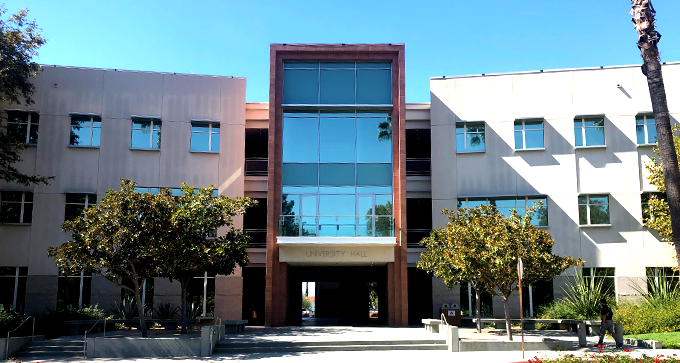