Julio Cortez and Ringo H.W. Chiu were honored for their work, according to the AP’s announcement, “that captured the drama and raw emotion of protests that roiled U.S. cities after the May 2020 death of George Floyd, a Black man murdered by a Minneapolis police officer.” Cortez also is featured on the University's website, in a story by alumnus Cary Osborne, Class of 2002, on the CSUN Marketing and Communications team.

Cortez’ widely-published photograph depicts a protester – alone and silhouetted in front of a burning building – carrying an upside-down U.S. flag in a signal of distress. Chiu’s images in the award-winning series include a single protester raising her fist in defiance as a police vehicle burns behind her.

The AP, in its own reporting, quoted Cortez, Class of 2006: “Everybody, not just myself, has given up something to go cover this stuff,” Cortez said. “To be an illegal immigrant kid who now has a piece of the AP history is just insane. I’m just super proud of everyone’s work.”

Chiu, Class of 2001, and a free-lance photojournalist based in Los Angeles, is a long-time member of the Press Photographers Association of Greater Los Angeles. The PPAGLA celebrated his achievement on its website: “Throughout his career, Ringo has worked tirelessly documenting historical moments in greater Los Angeles as well as around the world.”  He was honored by the Los Angeles Press Club, as a SoCal Journalist of the Year in 2017, and was among a group of students who traveled by car to cover the aftermath of the September 11 attacks in 2001. Chiu also is affiliated with the Tom & Ethel Bradley Center at CSUN, where he serves as a professional associate, and is a staff photographer at the Los Angeles Business Journal.

As alumni, both Cortez and Chiu regularly give back to program and students: In late April, Cortez was the featured speaker in a Department photojournalism class. Earlier this year, Journalism students attended a Poynter Institute-hosted webinar, “From the Frontlines: A Photojournalist’s View from Insurrection to Inauguration,” featuring the award-winner who is based in Baltimore, MD. 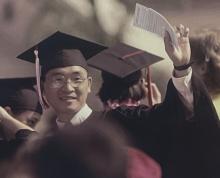 In 2015, the Journalism Department recognized Cortez’s extensive work with students with the Outstanding Service Award and honorary membership in Kappa Tau Alpha, the national Journalism honor society. In making the nomination, department faculty cited Cortez’s background as an undocumented, first-generation college student who has extensively mentored students from the Daily Sundial, the English-language campus digital and print news outlet, and El Nuevo Sol, the Spanish-language digital-first bilingual publication that covers Southern California and beyond.