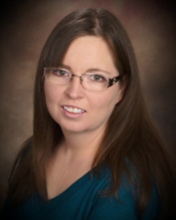 Martha D. Escobar obtained her Ph.D. from the Department of Ethnic Studies at the University of California, San Diego and is currently an associate professor in the Department of Chicana and Chicano Studies at California State University, Northridge. Her teaching and research interests are gender and transnational (im)migration, citizenship and nation-building, incarceration, racialized and gendered state violence, and feminist critical race theory.

Escobar has published extensively on issues of (im)migration. Her book, Captivity Beyond Prisons: Criminalization Experiences of Latina (Im)migrants, considers the relationship of the U.S. prison system and (im)migration enforcement and the impact on Latina (im)migrants. She provides a comparative and intersectional analysis of how Latina (im)migrants are currently criminalized and connects this to the longer history of captivity of Blacks. Escobar argues that the racialized and gendered criminalization of Latina (im)migrants through the discourse of dependency is an essential aspect of neoliberal state governance that enables the expulsion of Latina/o (im)migrants when they are considered national threats or excess within the neoliberal labor market. By examining the gendered and racialized connections between prisons and (im)migration control, Escobar develops conversations between the prison abolition movement and the (im)migrant rights movement. She urges these movements to reflect on their connections and develop common ground from which to organize against racialized and gendered state violence.

Escobar’s new research focuses on the experiences of Latina/o “lifers,” Latinas/os incarcerated in California with indeterminate life sentences. She is particularly interested in examining the parole process from an intersectional perspective that analyzes how race, class, gender, sexuality, (im)migrant status, language, and physical ability impact Latina/o “lifers’” ability to parole.

In addition to her teaching and scholarship, Escobar is involved in various social justice efforts at CSUN. She is the co-director of Civil Discourse & Social Change, which is a university-wide initiative that combines education, community involvement and sustained activism to bring about transformative change. She is also an advisory board member for the Center for the Study of the Peoples of the Américas (CESPA), which participates in creating knowledge of peoples descendent of Latina American communities by engaging issues such as identity, displacement and (im)migration, U.S. foreign policy, and community resistance. 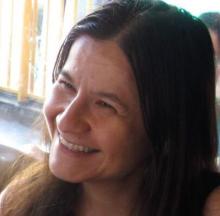 Alicia Ivonne Estrada has published on the Maya and Guatemalan diaspora in Los Angeles as well as on contemporary Maya literature, film and radio. She is co-editor with Karina O. Alvarado and Ester E. Hernández of the critical anthology U.S. Central Americans: Reconstructing Memories, Struggles and Communities of Resistance (Forthcoming 2017, University of Arizona Press). Estrada’s work has appeared in Romance Notes, Latino Studies, Revista Canadiense de Estudios Hispánicos, among other journals and anthologies. Her current book project is on the Maya diaspora in Los Angeles. 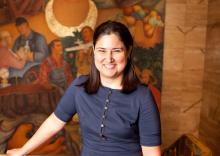 Dr. Galván is a historian of Mexico in the late colonial and early republican periods.  Her research interests lie in the history of Mexico's Northeastern borderlands, specifically the maritime and border city of Matamoros, Tamaulipas.  Her current project embraces new interdisciplinary and transnational frameworks, and examines the ways in which the region's development had a much wider impact on national Mexican immigration, trade, and diplomatic policies than scholars have previously recognized.  She is in the process of preparing a book manuscript, From Contraband Capital to Border City: Matamoros, 1746-1848, based on archival research in archival repositories throughout México and the United States.  Dr. Galván is the recipient of fellowships from the University of California's Institute for Mexico and the U.S. (UC Mexus), the Fulbright Foundation (Fulbright-Hays DDRA), and the University of California Chancellor's Fund. 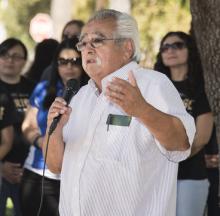 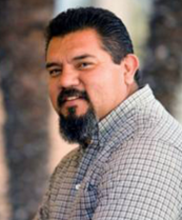 Dr. Gabriel Gutiérrez is Professor of Chicano/a Studies at California State University, Northridge where he served as Associate Chair from Fall 2007-Spring 2011. He also serves as Director of the Center for the Study of the Peoples of the Americas (CESPA).

He earned a Ph.D. in Chicano/a History at the University of California, Santa Barbara in 1997. an MA in Latin American and Nineteenth-Century US history at UCSB in 1993, and a BA in Chicano/a Studies and Political Science from UCSB in 1990.

His ongoing research on Disney and Latinos/as resulted in the publication of “Deconstructing Disney: Chicano/a Children and Critical Race Theory,” in Aztlan: A Journal of Chicano Studies, and “Social Imagineering in Disney’s The Lion King: The Three ‘C’s’”, in Roberta Orona-Cordova, ed. Chicano/a Studies Reader: A Bridge to Writing.

While conducting research in the Santa Barbara Mission Archives Library , he developed a study on nineteenth century cultural economy, patriarchy and gender relations as seen through the letters of Santa Barbara ranchero and politician Pablo de la Guerra to his wife Josefa Moreno de la Guerra. The study, “Con Sus Calzones Al Revés, With His Underpants on Inside Out: Cultural Economy and Patriarchy in the Letters of Pablo de la Guerra to Josefa Moreno de la Guerra, 1851-1872,” was published by the Julian Samora Research Institute at Michigan State University.

His encyclopedia entries are included in the Encyclopedia of Latinos and Latinas in the United States, Oxford University Press and Encyclopedia Latina: History, Culture, Society, Grolier Press. He has presented his work nationally and internationally including conferences in Mexico, Canada, and Cuba.

Between December 2003 and November 2009, Dr. Gutiérrez produced and hosted the weekly show “The Morning Review with Gabriel Gutiérrez” on Pacifica Radio Network’s Los Angeles Affiliate KPFK 90.7 FM. The show was one of the top ten shows on KPFK during its run.  His most recent publication, a two volume reference book Latinos and Latinas: Risks and Opportunities (ABC-CLIO Publishers) that examines quality of life issues throughout the Latino/a lifecycle.

Though he never played it himself, he spends most of his evenings and weekends coaching or watching his three children play fútbol. He currently serves as Registrar for International Fútbol Club in the San Gabriel Valley.