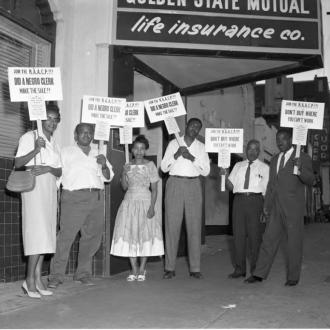 In the Los Angeles of the 1960s and 1970s, more than 50 years ago, it can be argued that poverty, crime, racism, and racial and ethnic strife were even worse than they are today.  In that context, how was a single African-American man able to get so many people of all different backgrounds to work together?

On the other hand, given that he was a former police officer, why did he experience such a difficult relationship with the Los Angeles Police Department? This lesson recommends a useful introductory exercise in which students are asked to define key terms related to civility, then provides resource information on the available and authorized documentaries of the work and life of Mayor Tom Bradley, including extensive curricula aligned with the Common Core Standards.

The lesson takes a special look at the difficult relationship between an African-American mayor, who was a former police officer, and the Los Angeles Police Department, during the years that led, and the years that followed, massive civil disturbances in the city.

Photographs and essays support activities that enable teachers and students to look to the future and imagine a city and a society in which fellow citizens are intentionally civil to each other.