Before the Revolution: The Untold Story of the Israeli Paradise in Iran

A documentary made by an Israeli whose parents lived in Tehran in the year preceding the revolution, this film is a fascinating portrait of the community of Israelis who partnered with the Pahlavi regime before and during its overthrow in 1979.  Fea 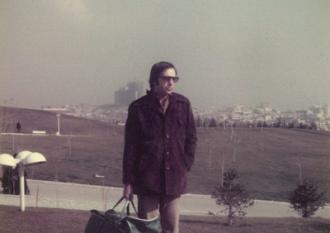 turing rare archival footage as well as interviews with diplomats, Mossad agents, businessmen and their families, this film is personal, nostalgic, and an inside view of Middle Eastern politics. From Heymann Brothers Films, Israel.  60 minutes.  In Hebrew with English subtitles, followed by Q & A with CSUN Jewish Studies faculty.