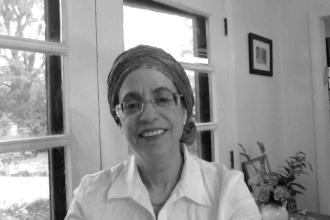 In this guest lecture, B.A. Newmark will be reading her poetry and analyzing the differences between Jewish and Roman creation stories in Genesis and Metamorphoses.

B.A. Newmark was raised in what is often called the “Ultra” Orthodox enclave in Monsey New York and then educated at SUNY Binghamton and The University of Virginia. She has held post graduate writing fellowships at University of Utah and the University of Houston.  As a fiction writer and poet her work has been published in Western Humanities Review, Gettysburg Review, Unpious: Voices on the Hassidic Fringe, Boulevard, Gulf Coast, Blackbird, and Drunken Boat.  She has been the recipient of the Imprint Award for writing at the University of Houston and nominated for a Pushcart Prize in fiction. Currently she is completing a novel that takes place during the Anschluss and tells the story of a group of Orthodox Jews from Kittsee, one of the sheva kehillot (seven communities) in Burgenland who were expelled in 1938 and tried to take refuge on an abandoned barge anchored on the Danube River. She remains as she says “for the most part” an active member of the community in which she was raised.