Deaf Jewish Life in Germany and Eastern Europe During the 1940's 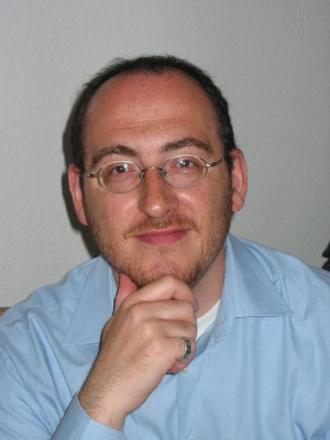 Mark Zaurov will present his research on Deaf Jewish life in Germany and Eastern Europe during the 1940's and the Holocaust. Included in his discussion will be the term "Deaf Holocaust" and the issues of Aktion T4 and Forced Sterilization, which are often used in general for research or exhibitions about Deaf people in the Holocaust.

The presentation will be capped by a discussion of the importance of establishing a memorial for Deaf Jews.

Mark Zaurov was born deaf in Moscow, Russia. Together with his parents and his deaf sister, he emigrated to Israel and later moved to Germany. Growing up in Russia, Israel, and Germany he acquired several languages and cultures. His working languages are German Sign Language, International Signs, American Sign Language and German.

Currently, he is an independent scholar and a doctoral candidate at the University of Hamburg, focusing on Deaf Jews in Art, Politics and the Sciences, and the Deaf Holocaust (Deaf History and Deaf Studies.) He is a published author of several books and articles centering on Deaf Jews. In addition, he has also won a four-month fellowship award from Charles H. Revson Foundation Center for Advanced Holocaust Studies at United States Holocaust Memorial Museum.

Everyone is invited. This event is sponsored by the CSUN Deaf Studies Department – call for more information at 818-677-5116.