Undoing Foundational Fairytales, One Children's Book at a Time, A Talk by Dr. Siu

In this  talk, Dr. Siu offers a full reading of her latest children's book, Christopher the Ogre Cologre, It's Over! and then reflects on the dangerous foundational fairytales still taught at schools, their origins, and the need to contest them with the power of our stories. What does a happily-ever-after actually look like in the context of truth-banning?

Attend in person or via Zoom 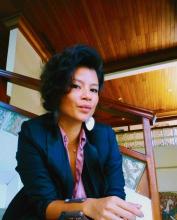 In 1997, at the age of 16, Dr. Siu was forced to leave her homeland for Los Angeles, California, where she became active in the creation of educational spaces for the growing Central American, Indigenous, Black and Brown communities in Los Angeles, helping to establish the first Central American Studies Program in the US at California State University Northridge in 1999, and founding Latinx Studies at the University of Puget Sound in 2012. Dr. Siu holds a Masters in Latin American Literatures from UC Berkeley, and a Doctoral Degree from UCLA. A strong proponent of Ethnic Studies in every school, college and classroom of occupied America, she has taught courses on race, immigration, Central American, Chicana/o and Latinx literatures, publishing extensively on these topics, and staying active in the fight for Ethnic Studies throughout.

When Dr. Siu became a mother in 2013, she encountered a big problem: the lack of inspiring, empowering, historically on-point, and culturally sensitive books for children of color in the U.S. So she decided to write her own. 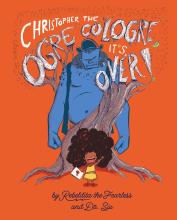 The LA Times called the first book of Dr. Siu's children's book series, "pioneering." Her second book, Christopher the Ogre Cologre, It's Over! -published in August of 2021- has received national praise from social justice educational spaces, independent media outlets, and Ethnic Studies educators and programs throughout. Organizations like RethinkingSchools are encouraging the use of her work in the middle school classroom. High schools and universities alike are using Christopher the Ogre Cologre, It's Over! as part of Education, Race, and American Studies teacher training programs.

In 2020, Dr. Siu was selected "Top Ten New Latino Latina/Latino Authors" by Latino Stories for her contributions to children's literature in the United States. Dr. Siu lives and writes out of Los Angeles, California, and San Pedro Sula, Honduras, with her daughter, Suletu Ixakbal.