Since 2010, VNR has been working with local partners to increase capacity-building services for nonprofits in the City of Glendale. Recent events include a May 2015 workshop on how Boards of Directors can increase their capacity to raise funds through individual giving from major donors, and a September 2014 workshop with CalNonprofits CEO Jan Masaoka on overall strategies for board development and leadership.  Both these events also were open to nonprofits from Burbank and elsewhere in the Valley, and were held at the Glendale YWCA, which has become a principal VNR partner in Glendale (also host of a recent workshop for Glendale children youth and family nonprofits).

The Glendale Initiative began with a convening in September 2010. More than 50 nonprofit sector leaders came to Glendale Nonprofit Day on September 22, 2010, to hear Assembly member Mike Gatto and other speakers, and to brainstorm about how the nonprofit sector in Glendale can get better support, both financially and for good capacity building. 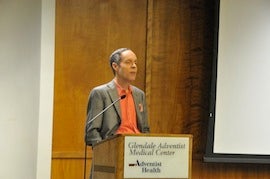 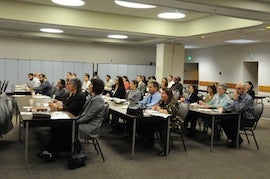 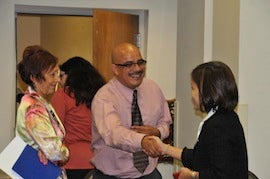 The Glendale Initiative also participated in the July 17, 2012 Burbank Initiative event, a Funder Forum with representatives from four local foundations and some 80 participants. Future events will be announced here and on our home page in the "In the News" section.

In addition to conducting workshops funded by the City, VNR also works with the Glendale Healthier Community Coalition, and the Glendale Health Promotion Network, on a collaborative effort to help Glendale hospitals reduce re-admissions. Two workshops were held in 2012 to help community health and social service agencies learn about strategic planning and collaboration approaches that can help them be partners in this effort.