Elizabeth Adams is a folklorist and the Associate Vice President of Undergraduate Studies at CSUN. She holds degrees in history, literature, and folklore. She earned her Ph.D. from the University of California, Los Angeles. Her research interests include popular culture, gender, sexuality, material culture, and festival. Prior to working in Undergraduate Studies, she served as the Associate Dean of the College of Humanities and the Director of the Liberal Studies Program at CSUN. She is a professor of Liberal Studies. Her most recent publication is “All Those Mounds of Shrimp: Las Vegas Buffets Considered.” (Western Folklore, 65)

Dr. Adams can be contacted at elizabeth.adams@csun.edu 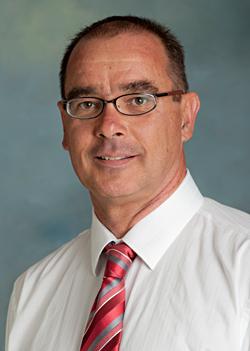 I have been a professor of mathematics at CSUN since January 1995 and since 2012 I also hold an appointment in Liberal Studies. I served as faculty president from 2001 to 2004, on the Faculty Senate for 16 years, on PP&R for 4 years , EPC one year, chaired the Intercollegiate Athletics Advisory Council for 6 years and co-chaired the WASC Steering Committee from 2005 to 2011. After 3 1/2 years as vice provost I am happy to be back in the ranks of faculty.

Dr. Neubauer can be contacted at michael.neubauer@csun.edu

Dr. Hattori can be contacted at

Dr. Campbell is a biological anthropologist specializing in New World primates, with an ongoing research project in Panama at the Smithsonian Tropical Research Institute site of Barro Colorado Island. Her research examines the reproductive biology, behavioral ecology and the evolution of alcoholism among spider monkeys. She plans to develop more physical and biological anthropology classes for our department in the future. An internationally known expert on spider monkeys, Dr. Campbell is the senior editor of Primates in Perspective, a college-level textbook that won the 2007 Choice Award for Outstanding Academic Title, an honor granted by the American Library Association to books that make exceptional contributions to undergraduate education. Additionally, her newly edited volume Spider Monkeys: Behavior, Ecology and Evolution of the Genus Ateles, has just been released.

Dr. Campbell can be contacted at 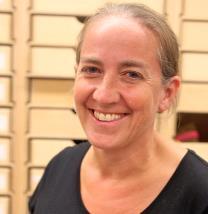 Dr. Suzanne Scheld is  a cultural anthropologist specializing in urban anthropology, working on issues of consumption, cultural identity, youth, informal economies, and the politics of public space. She is interested in understanding the relationships between space, place, urban identity, and globalization. Her research focuses on West Africa and public space in urban U.S. She is the editor of the international journal City & Society. Dr. Scheld is the Faculty Coordinator of the Global Studies Path.

Dr. Scheld can be contacted at

Dr. Giraldo research interest is the study of land use-land cover change effects in hydrological and physical processes. He analyzes spatial fragmentation of agriculture and urban landscapes and study water dynamics within landscape fragments. In watersheds in the Colombian Andes he studies climatic variables in mountain gradients and spatial variation of vegetation. Dr. Giraldo teaches general education courses and specialize in remote sensing, GIS applications to the environment, biogeography and landscape ecology. He has publications in biodiversity, biological pest management, land use planning, landscape fragmentation, water process in landscape patches in Colombia, Costa Rica, Mexico and South eastern USA. Dr. Giraldo is the Faculty Coordinator of the Principles of Sustainability Path.

Dr. Giraldo can be contacted at

John Paul Nuño was born and raised in the Central Valley of California and completed his BA in 2002 from California State University, Fresno. As a second generation Mexican American, he developed an interest in border issues. In 2010, he received his Ph.D. from the Borderlands History Program at the University of Texas, El Paso.  His primary research focus is on the development of race and identity in the Florida Borderlands around the turn of the nineteenth century. He is currently working on several projects that focus on the interaction between the region’s native peoples, Africans, and Euro-Americans. Dr. Nuño has presented his work at a number of academic conferences for organizations such as the American Studies Association and the Society for Historians of the Early American Republic.  At CSUN, he has participated in the General Education Social Justice Path initiative and a Faculty Learning Community based on fostering student success in a Hispanic serving institution. His courses in U.S. History, American Indian History, the Atlantic World, and Borderlands stress diversity, negotiation, conflict, and complex narratives.

Bobbie Eisenstock is a lecturer in the department of Journalism.  In 1979, she received her Ph.D. from the University of Southern California.

Dr. Eisenstock can be contacted at :