Every Day by David Levithan: Resources for Faculty and Staff 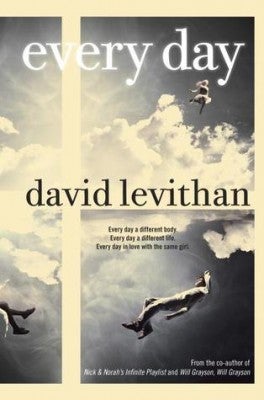 Every Day is CSUN's Freshman Common Reading for 2015-2016. The book is a work of fiction and tells the story of a character named A who awakens each morning in the body of a different person. Here's how Levithan describes the book:

At the start of the story, A is sixteen, and wakes up in the body of Justin, who’s never really treated his girlfriend, Rhiannon, that well. When A falls for Rhiannon, it suddenly changes the stakes of A’s story – and A’s life. When I started writing Every Day, there were two questions I wanted to answer – first, what would it be like to be a person who grew up without gender, race, sexual orientation, parents, friends, and all of the other things we usually classify ourselves by, and, second, what would it be like to be in love with someone who changed every day – would it be possible? I wrote the book to figure out what my answers were.  (http://www.davidlevithan.com/about/)

CSUN faculty and staff who would like a free copy of the book should email Cheryl Spector and include their campus address (with mail code), along with a promise that they will talk about the book, however briefly, with at least one new CSUN freshman in fall 2015.

You get the drift....but for additional ideas, watch this YouTube video produced by a team at CSUN's Office of Student Involvement and Development:  CSUN Freshmen Tips (FCR).

Teaching EVERY DAY: resources for the classroom from spring 2015 discussion group leaders

David Levithan (and some of his other works) on the web

Another Day, Levithan's sequel to Every Day, centers on the character of Rhiannon and is told from her viewpoint. It was published on Aug. 25, 2015. Entertainment Weekly has posted an excerpt from the new book (be prepared to scroll down to find it).

Levithan discusses and reads from Every Day (YouTube video, 6 minutes; not captioned)

The Lover's Dictionary by David Levithan. 2011.  (KCRW's Bookworm recorded an interview with Levithan about this book.)

The Realm of Possibility by David Levithan. 2004.  (Available in Oviatt Library.)

Twitter: https://twitter.com/loversdiction: Levithan's Twitter account, which both supports and extends his book The Lover's Dictionary (2011): "THE LOVER'S DICTIONARY is the story of a relationship told in the form of dictionary entries. Please buy the book from a local store; this is the unabridgement."

Publishers Weekly Review of The Realm of Possibility, Levithan's 2004 project--essentially a novel made up of poems, each reflecting the life of a different teen.  A required text in several sections of Stretch Composition in recent years.

Kent Baxter is a professor in the English Department who has written extensively on young adult (YA) literature. (His materials are posted on this page under the heading "Teaching EVERY DAY: Resources for the Classroom from Spring 2015 Discussion Leaders."

Jackie Stallcup's publications focus on children's literature, running the gamut from children's picture books to Gulliver's Travels. She is a professor and chair of the English Department.

David Wakefield is professor and chair of the Department of Child & Adolescent Development.  His professional expertise revolves around understanding the ways children and teens think about their ethnic and cultural group membership and how this impacts their academic engagement, their personal & professional goals, and their attitudes towards people from ethnic & cultural groups other than their own.

In Defense of YA Lit by Gretchen Kaser. Public Libraries Online. 11 July 2014. Web.

Northern Arizona University Reads Every Day (2013).  Includes a short video with David Levithan talking and reading from the book.

And on the big and small screens, these works:

What other books were nominated?

Every Day had some fierce competition; here's the list of other books nominated for the 2015-2015 Freshman Common Reading.

Posters: cover art for the book designed by CSUN students

Students in Professor Laurel Long's illustration class designed posters for the book. Seven designs were selected for campus-wide use.  You can see them at http://www.csun.edu/undergraduate-studies/academic-first-year-experiences/every-day-illustrations-art-322a-csun

"I absolutely INHALED Every Day, and really enjoyed it . . . . there was so much that was touching and thought-provoking: about the difference between what is inside versus what is outside, about what it is like to inhabit a certain kind of body (beautiful, overweight), about what it is that makes us who we are, about what it means to live in the present. A wonderful choice."

These members of the CSUN community selected Every Day by David Levithan as the book for 2015-2016. (Here's the complete list of titles the committee considered.)

Names of student members are followed by an asterisk.