Matador Spotlight: Get to Know Angelica and Courtney of Esports 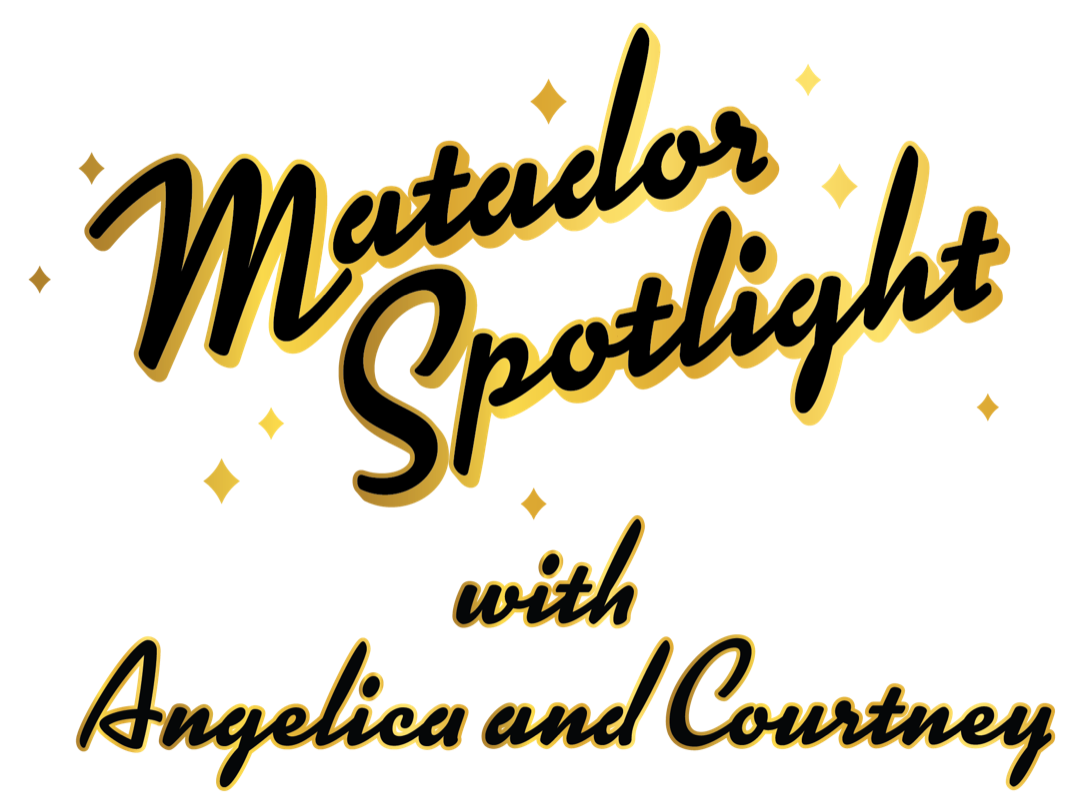 In 2014, a group of students met at a computer lab in Jacaranda Hall to enjoy an evening of casual gaming. Playing to their heart’s content, those players were unaware of the impact their presence would have as they took reign over countless university collegiate teams through competitive gaming. This is the story of Esports at CSUN.

Esports, or electronic sports, combines competition with video games, bringing in organized professional teams. Founded in 2014, CSUN’s Esports Club consists of several collegiate teams who compete in popular titles including Valorant, League of Legends, Overwatch, Call of Duty and Apex Legends. Angelica de Leon and Courtney Calderon currently serve as the president and vice president of the Esports club on campus. De Leon and Calderon reflect on how their background in gaming led them to joining the club, which in turn impacted their experience. 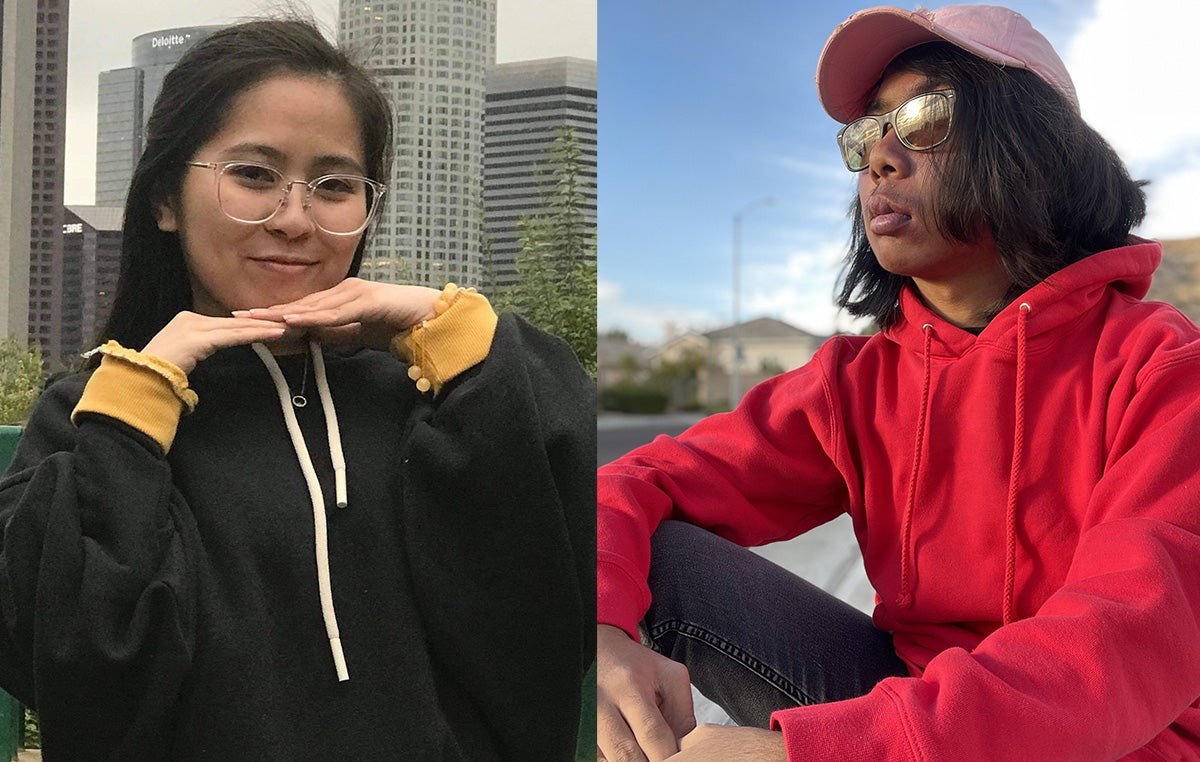 While casually playing Overwatch with her friends, de Leon noticed her play was slightly better. This observation galvanized her to improve her skills by playing ranked games for hours with Kobe Bryant’s motto in mind, “I’m willing to work harder than you.” From there, she found a community that also enjoys competitive gaming.

While attending CSUN in 2018, de Leon’s college experience only consisted of calling it a day after attending classes. But that all changed when she switched her major to computer science and found an Esports community on campus, which at the time was in a Jacaranda Hall computer lab. In a short time, she became the general manager of the Overwatch team and soon after, she became vice president paving way for her current tenure as president.

For Calderon, gaming has played a significant role throughout his childhood. When he was 3 years old, Calderon’s dad sat him in front of the computer with the mouse and keyboard, guiding him as he played the first-ever Counter-Strike. Since then, his interest in gaming grew to own every console notably Xbox, Gamecube and Playstation. He first learned about professional gaming from Call of Duty on the Xbox 360, but only saw it as a very niche thing. However, when he noticed how arenas for Esport tournaments would sell out in just minutes, Calderon knew this was something he wanted to pursue.

Starting his academic career during the fall of 2020 presented him a unique opportunity to join Esports as the university was operating in a primarily virtual setting and the club operated via Discord. When joining, he recalled he could just “vibe” with everyone there, since they all bonded over gaming. Soon after joining, he quickly became the club’s social media manager.

In 2021, thanks to CSUN alumna, Bill Imada’s generous donation, which was matched by the USU and the help from the Associated Students (AS) Sports Club, Esports can now call the Games Room of the USU home. It is conveniently located across from the Student Recreation Center (SRC) front entrance. This dedicated space for Esports has allowed the club to transition from gaming together online through Discord to cheering each other on in-person, something Calderon says has been sorely missed during the pandemic. Whether players are cheering each other on for scoring a victory in a competitive match or cheering them up if their teammates lose, the Games Room has helped foster and maintain this tight-knit community. 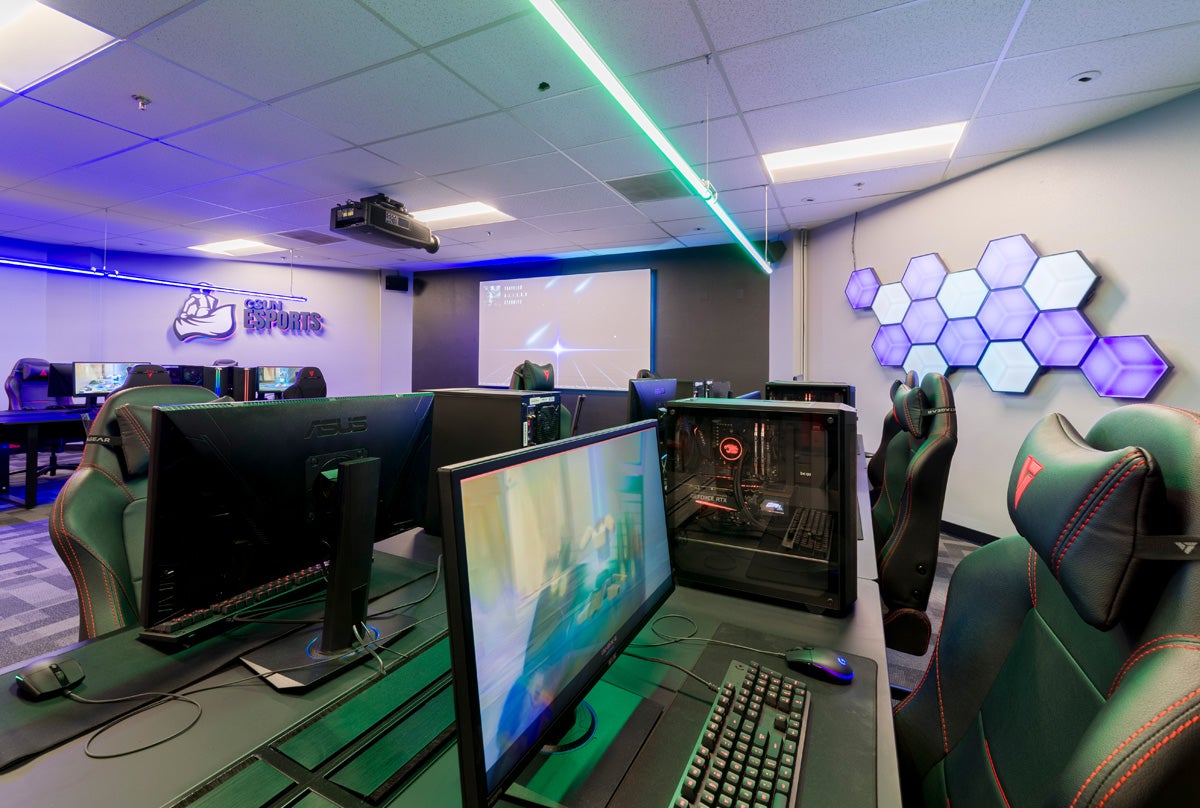 The Esports area of the University Student Union Games Room

“When you play stuff like an insane play, you can just jump out of your chair and just scream, or fist bump them and cheer them up on something. In terms of a negative light, if you lose an important round, your friends are there to cheer you up or rub your shoulders or give you pat on the back saying ‘it’s alright, there will be next time’,” said Calderon.

De Leon acknowledges how the Games Room provides the feeling of unity and professionalism as the club returns from an exclusively online setting.

“When you make a play, you have your friends and your team around you to pretty much gas you up and that does do a lot especially if you guys are competing together so the sense of comradery is present versus when you play online, you can only do so much,” said de Leon.

Now that the Games Room holds a dedicated space for Esports, Calderon notes that more students have started to join the club. De Leon and Calderon claim that this is due to the Esports sign displayed in the Games Room, garnering attention from interested folks. In addition, de Leon mentions that there is a lot of face value having a physical presence on campus at the Games Room since they are now able to showcase their skills in-person.

Community is an integral part of Esports and gaming. The club makes sure that having an interest in gaming is the only requirement when joining while hosting a variety of in-person events and community tournaments throughout the semesters. Esports recently hosted their Ruler of the Ring tournament where players competed in Valorant for a chance to win prizes including Logitech gaming mice, HyperX Cloud II gaming headsets and Valorant in-game currency. Outside of CSUN, the club collaborated with other schools including University of California, Los Angeles, University of California, San Diego and California State University, Fullerton for events such as the Socal Showdown and Socal Flower Fest. They are even in the works on hosting an upcoming in-person tournament at the Games Room with other colleges.

De Leon believes what draws people to Esports or competitive gaming is the want to get better. To best prepare for collegiate tournaments, all of Esports’ collegiate teams would schedule weekly meetups. On top of that, team members are required to play a certain number of games on their own. These practices give team members the opportunity to test out any strategies they would like to implement in the upcoming tournament. Calderon explains Theory Crafting, a practice the Valorant team utilizes, where they set up custom matches and tests out potential strategies for executes, a term describing defeating another team.

Their hard work paid off with continuous victory streaks including winning 2nd place at the League of Legends Clash Across the Bay Invitational and a nine-game win streak in the College Call of Duty League collegiate matches.

Although scoring victories and career opportunities were valuable, something both de Leon and Calderon found at Esports was friends. Calderon remembers how coming to the Games Room often led to bonding with a Games Room student employee, which ultimately led them to joining the club. In fact, being in Esports “livened” up de Leon’s college experience.

“Joining the club has been probably the best thing I’ve done on campus,” said de Leon. “I used to just go to campus and go to class... in general, I really do enjoy the club because it makes me excited to go to campus.” 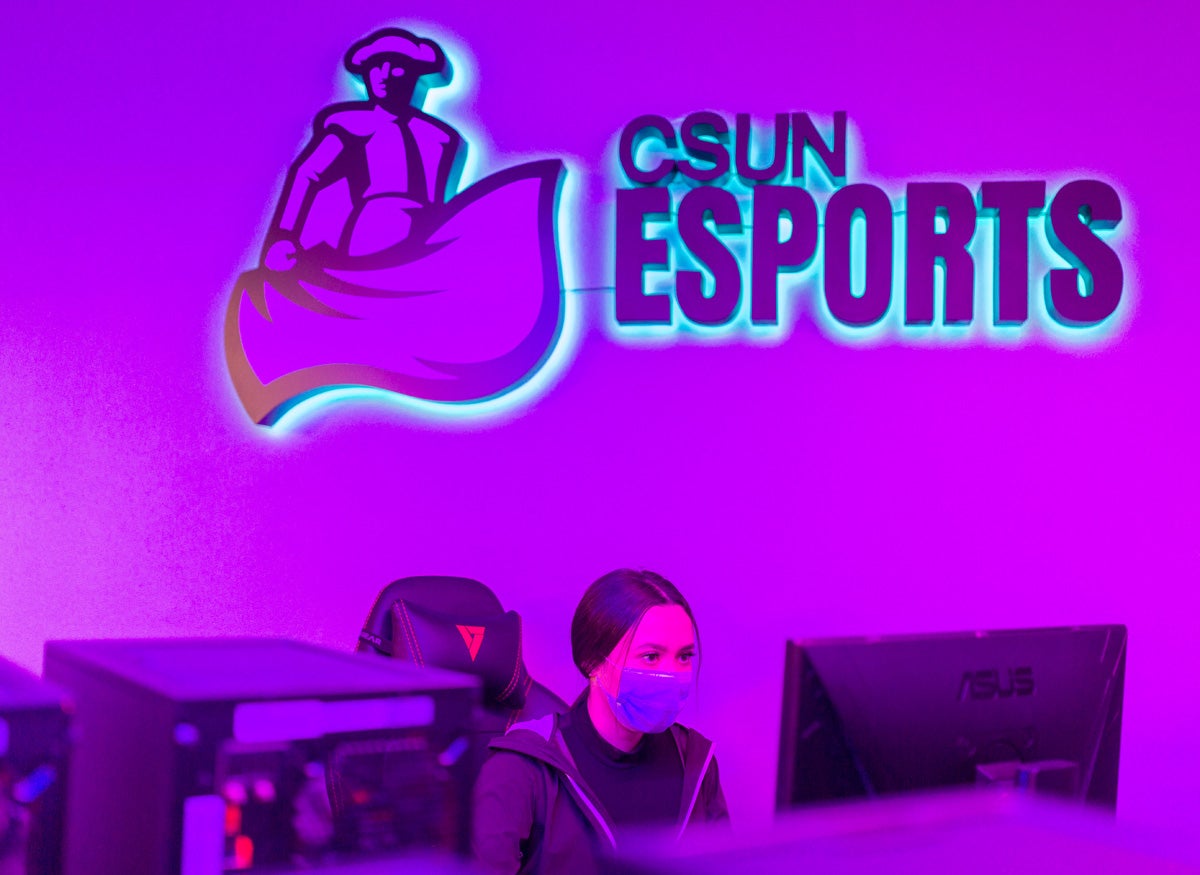 The Esports area of the University Student Union Games Room