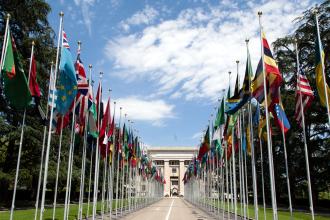 CSUN’s Model United Nations program offers a challenging and enriching experience for students. The skill sets learned in the class transcend disciplinary boundaries and develop talents that students will use long after they graduate. Through the program, students acquire impressive research, writing, debate, speech, collaboration, professional, and diplomatic skills. They also learn to be leaders and to think critically. The course is extremely rigorous and requires a significant commitment from the participants. Students are expected to participate in mock UN conferences which are held in various locations around the United States. At these conferences, students are assigned specific countries to represent and work in committees with students from all over the world to write resolutions that address pressing global issues. The conferences are highly competitive and awards are given to delegations of students based on how well they write research papers, discuss proposals, and deliver speeches. CSUN frequently wins awards at these conferences, often placing first as a team and as individual delegates. Students learn from their experience in Model UN the importance of discipline, teamwork, and follow-through, which will help them become leaders in their community and beyond. They also become part of the large network of past Model UN students which can be a critical linkage resource for graduate studies and careers. The program provides a life-changing intellectual and social experience for CSUN students who form lasting connections within the global academic community.

The team this semester has been led by head delegates Nina Alomar Dilan and Tracy Sadek whose hard work and dedication ensured that the students were well prepared for the conference. We took 16 students to NY and faculty advisor Jennifer De Maio stated: "I am so proud of Tracy and Nina for training and leading the students and managing everything so smoothly during the conference."

Faculty advisor Jennifer De Maio praised the students for their efforts, saying, "This semester’s team is one of the strongest I have had the privilege of advising. Their level of commitment and the quality of their work has been truly exceptional. Much of the credit for their success goes to head delegates Milad Salami and Sheryl Callos, who have put in many long hours training the students and preparing them for conference. I am so proud of them and the entire MUN group for their hard work and dedication."

CSUN’s Model United Nations team was successful in both the fall and spring 2017 semesters. This fall, one team was led by head delegates Jaelin Palmer and Milad Salami to win the Outstanding Delegation award representing Ethiopia at the National Model United Nations conference in Washington, D.C.

The team in Spring 2017 was led by head delegates Jennifer Veitia and Rogelio Ruiz and competed in 4 conferences over the course of the semester. They won awards at each conference.

At a conference in Riverside, the following students were acknowledged for their performance: Jennifer Veitia, Raina Iqbal, and Rujjares Hansapiromchok (outstanding delegation).

At a conference hosted by College of the Canyons, our students won 5 out of the 6 awards given. Those students were: Jennifer Veitia and Sheryl Callos (outstanding) Milad Salami, Jaelin Palmer, & Rujjares Hansapiromchok (Honorable Mention).

Political science professor and MUN advisor Jennifer De Maio said of the students, “They worked really hard to accomplish their many successes and I am so very proud of them.” 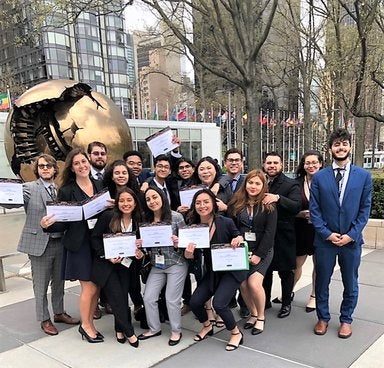 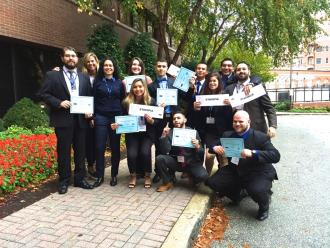 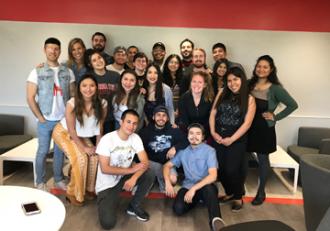