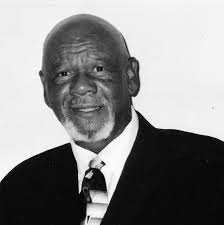 In 1967, Bill along with other student activists established the Black Student Union at San Fernando Valley State College (now CSUN). Their strategic organizing and protest, led to the founding of the Afro-American Studies Department in 1969. Dr. Burwell and his fellow BSU members' critical consciousness led them to advocate for an independent department instead of a program in Black Studies in order to ensure the autonomy and longevity of the department.

As a professor, he helped to develop the curriculum and undergraduate degree program. They built community empowerment programs and research scholarship that changed the landscape of the campus.

Dr. Bill Burwell's sacrifices and contributions to the development of ethnic studies on college campuses, and in particular, the establishment of one of the nation's first Afro-American Studies Department is inspiring and has advanced the fight for equitable and inclusive education for Black students and all students.

To learn more about the activism and scholarship of Dr. Bill Burwell, visit the CSUN University Library to listen to Dr. Burwell's interviews.

We salute and pay homage to Dr. Bill Burwell!

Dr. Bill Burwell is a former Black nationalist who was converted to Christianity in 1978, after serving as co-founder, professor, and chairperson of the Afro-American Studies department at California State University, Northridge for ten years.  Leaving his pursuit of the PhD degree at the University of Southern California, and resigning his tenured position at the university in 1981. Dr. Burwell became full-time seminarian pursuing the Master of Divinity Degree at Talbot Theological Seminary in La Mirada California, where after assisting in the development of a Minority Ministers Program, he briefly joined the faculty teaching at both the graduate and undergraduate level. After Organizing and serving as pastor-Teacher of the First Bercan Christian Church in Los Angeles for eight years. Dr. Burwell left the pastorate and embarked upon the unique ministry of a full-time teaching evangelist. In addition to serving as a commentary writer for the NBC, USA Sunday School Publishing Board, he was a regular lecturer for more than six years at the National Conference of Christian Education held each December at the World Baptist Center in Nashville Tennessee. Over the past seventeen years he, with his faithful wife Kathy at his side, he traveled more than million miles in the USA, the Virgin Islands, and Germany serving as Christian education consultant and lecturer to dozens of local Baptist district associations, state and national conventions. He and his wife Kathy currently resided in Palm Springs, California where they played active roles in the lives of their eight children and thirteen grandchildren.