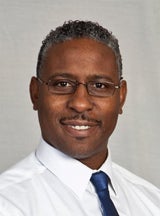 For the past 18 years, Dr. Hackett has enjoyed a reputable career in higher education, from college counseling and student services as an academic advisor, program coordinator, consultant, lecturer and athletic counseling faculty. He is currently an Assistant Professor in the department of Africana Studies at California State University, Northridge and the director of the DuBois-Hamer Institute for Academic Achievement.  He also works for the athletic department as a Counseling Faculty member at Santa Monica Community College. Dr. Hackett received his Doctor of Education degree in Higher Education Leadership at California Lutheran University in 2011.  He was a recipient of the prestigious Chancellor’s Doctoral Incentive Program designed to assist students who are interested in teaching in the CSU. His research interests are broad, spanning from leadership, identity development, athletics and student development & engagement, as well as the psychological and sociological nature of underrepresented groups (i.e. experiences of Black Men in higher education).

Dr. Hackett enjoys volunteering his efforts with coaching basketball and flag football for the Northridge Recreation Center (NRC) since 2001 and the North Valley YMCA. He was named the Play Leader of the Year 2004 for Northridge Park Recreation Center.  He has coached 10 NRC All Star flag football teams and was the recipient of the West Valley Regional title for the 12-13 age division in 2005, 2007, 2013, and 2014.