Malaysian tycoon Lim Kok Thay has pledged nearly his entire stake in embattled cruise operator Genting Hong Kong Ltd. as collateral for loans, raising the risk of a margin call after the stock plunged 38% on Thursday.

The record selloff came after the company said it suspended all payments to creditors in a bid to maintain its critical services. The stock has now lost almost two-thirds of its value since December, and that’s only part of Lim’s sinking empire amid the Covid-19 crisis. His casino-to-hospitality conglomerate Genting Bhd. and its units had their first-ever group-wide salary reductions earlier this year, and his Genting Malaysia Bhd. said in June it was cutting thousands of jobs. 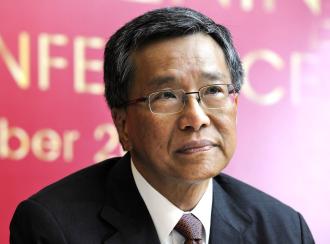 Lim has been pledging more of his holdings as the shares have plunged. Almost all of his 76% stake in Genting Hong Kong is now committed -- or 6 billion shares, according to a stock exchange filing at the end of last month -- up from 5.5 billion shares in April. As of March, he had pledged 550 million of his Genting Bhd. shares -- or 32% of his holdings -- compared with 70 million a year earlier, according to the company’s annual reports.

Lim’s fortune is now valued at about $700 million excluding pledged shares, down from $1.5 billion at the beginning of the year, according to Bloomberg Billionaires Index. A representative for the family’s holding company didn’t respond to requests for comment.

Genting Hong Kong was little changed as of 9:33 a.m. in Hong Kong Friday, while Genting Bhd. fell as much as 5.8% after the local market reopened following a holiday.

“Many companies hit a bump in the road causing a sudden decline in stock price,” Melbinger said. “That happens. However, when this bump causes the most significant shareholder and director of the company to have to sell shares, or a margin call automatically triggers the selling, the problem becomes much, much worse.”

Pledging shares is not unusual, especially in Asia, where high-growth companies are more common and tycoons often turn to lenders and other financial-services firms that offer cash in exchange for committed stock. Tesla Inc.’s Elon Musk, SoftBank Group Corp.’s Masa Son and Oracle Corp.’s Larry Ellison have also relied on the practice to get loans, which are typically a fraction of the value of the pledge.

But in times of hardship, pledging can backfire. Executives might have to increase collateral to meet the banks’ margin calls, and in some cases may even need to liquidate their assets at depressed prices. The risk to the market, in turn, is that the forced sales push the stock even lower.

While the coronavirus pandemic has boosted many fortunes from the tech and pharma industries, tourism and casino companies have suffered amid lockdown measures and travel curbs to halt the spread of the virus. One of Genting Hong Kong’s cruises had its passengers quarantined back in February after some tested positive for Covid-19.

Lim has overseen the Genting empire since taking over in 2003 from his father, who started the business as a hill resort in Malaysia in 1965. The conglomerate, which operates casinos and resorts in Las Vegas and Singapore, is also involved in property, plantations, energy and life sciences.

— With assistance by Pei Yi Mak