CSUN Students to Take On Venture Competition For Prizes Totaling Over $100,000

CSUN Students to Take On Venture Competition For Prizes Totaling Over $100,000 by Mercedes Cannon, CSUN Today 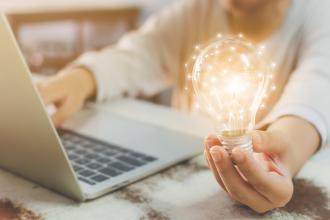 For the first time, students at California State University, Northridge are boldly going where no one has gone before — the CSU Venture Competition, a regional collaboration developed in part by CSUN’s David Nazarian College of Business and Economics.

The competition, which takes place Friday, May 6,  is in its first year and is the brainchild of Tim Tiemann, managing director of the CSUN Innovation Incubator at the Nazarian College, and Cal State Long Beach professor Wade Martin.

“As universities, we are wonderful at teaching skills, but especially when it comes to starting your own business,” said Tiemann. “Whether it’s a full-time gig or a side hustle, you’ll benefit from guidance outside of the classroom and opportunities to compete against other high-caliber startups.”

The sponsor of the inaugural competition is Sunstone Management Inc., which has provided a five-year endowment for prize money and operations. The competition is split into three categories: products, services, and social entrepreneurship, Tiemann said. The student teams must develop business ideas, whether they be traditional, online, or nonprofit ventures.

“The reason that we put social entrepreneurship front and center is we think it’s what distinguishes the CSU from a lot of other universities,” said Tiemann. “We have a lot of great students putting together ventures that aren’t necessarily profit-driven. But under the not-for-profit umbrella, they can still provide solutions for their customers, and we want to recognize that.”

The competition is scheduled to be held at Cal State Long Beach. For more information, email Tiemann at timothy.tiemann@csun.edu.