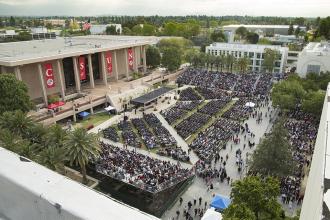 Jennings, a pioneer in deregulated telecommunications services for more than two decades and an advocate for sustainability and those with learning disabilities, will receive an honorary Doctor of Humane Letters during the David Nazarian College of Business and Economics commencement ceremony on Sunday, May 22.

Tovar, founder and former executive officer of the Latin American Civic Association and an advocate for affordable housing and early childhood education for underserved communities, will receive an honorary Doctor of Humane Letters during the College of Humanities commencement ceremony on Monday, May 23.

“We are proud to honor Paul Jennings and Irene Tovar,” said CSUN President Erika D. Beck. “Both are leaders in their respective fields, and are passionate advocates for education, and for making a positive difference in the community. Paul’s work on sustainability and services for individuals with learning disabilities and Irene’s commitment to social justice issues make them role models for us all. Their efforts to make a positive difference in the world truly reflect the values of the CSUN community, and it’s a great privilege to recognize their extraordinary achievements with honorary degrees.” 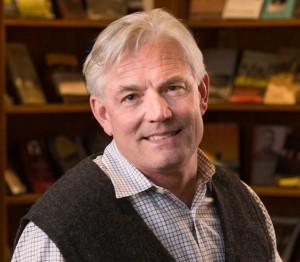 Jennings moved to California from New York in 1980 and got a job at Lockheed Martin’s Burbank Skunk Works. Laid off within a couple years, Jennings enrolled at CSUN, earning a bachelor’s degree in marketing in 1985. Jennings worked his way through college selling long-distance phone plans.

Seeing an opportunity in the dismantling of the monopolies of the telecommunications industry in the early 1980s, Jennings developed a vertical integration strategy — integrating and delivering various telecommunication services primarily to federal and state agencies, including to correctional facilities nationwide. His company, Public Communications Services, Inc., became the third-largest provider of inmate telephone services in the country.

In 1994, Jennings moved into real estate, founding PCS Development, a construction, property management and development company. He later transitioned into the residential market, building a significant residential housing and home site portfolio, with annual sales exceeding $100 million. He is currently a principal of PCS Energy, the largest commercial solar provider for the City of Los Angeles. Founded in 2014, the company focuses on energy solutions for multi-family apartments.

Throughout his career, Jennings has been a strong advocate for education. He currently sits on the board of trustees for Park Century School in Culver City, which was founded in 1968 for students with language-based learning differences. He also created the Jennings Family Foundation to help fund facilities, scholarships and student activities at Park Century School, CSUN’s Nazarian College, the Westside Children’s Center — where he has served on the board for more than a decade — and the University of San Diego. The foundation has supported more than 20 organizations, with an emphasis on services to underserved, abused or neglected children and temporary support for families that are homeless.

Since his graduation more than 30 years ago, Jennings has remained an active and generous supporter of CSUN, including a $1 million gift for the creation of the Paul Jennings Endowed Chair for Entrepreneurship. He regularly participates in the Nazarian College’s “Professor for a Day” events, has served as a member of the advisory board for the Nazarian College and on the CSUN Foundation Board. He received CSUN’s Volunteer Service Award in 2014 and a Distinguished Alumni Award in 2015. 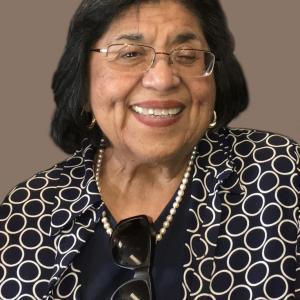 In the 1960s, while still a student at CSUN, Tovar, who earned a bachelor’s degree in social science from the university in 1969, noticed that the drop-out rate for Latinx students was disproportionately high, so she helped create an organization to address the issue. That organization later grew into the Latin American Civic Association, which administered the first Head Start program in the San Fernando Valley. The organization runs several housing and social service programs for members of underrepresented communities in the San Fernando Valley.

Her advocacy caught the attention of then-Gov. Jerry Brown, who, during his first tenure as governor of California, appointed Tovar to the State Personnel Board. She was the first Mexican-American and first minority to sit on the board. While on the board, she was instrumental in implementing policies and procedures that removed artificial barriers in the California civil service system, including differential pay and affirmative action. She also served as a full-time member of the California Public Employment Relations Board, a quasi-judicial body, in 1974.

In addition to her civic work, Tovar played a key role in the founding of Los Angeles Mission College and serves on its advisory board.

Tovar’s passion for education extends to her alma mater, where she was a member of CSUN’s Alumni Association Board of Directors, serving as its president for a time. She served on the search committees that led to the appointment of Jolene Koester as CSUN’s president in 2000 and that of Koester’s successor, Dianne F. Harrison in 2012. (Erika D. Beck succeeded Harrison in 2021.) Tovar currently sits on the CSUN Commission on Diversity and Inclusion and recently served on the University Library advisory group.