Mapping Out A Future

As a double major in geography and cinema and television arts, Hunter Maverick Wells is forging his own path by combining two very different fields of study. 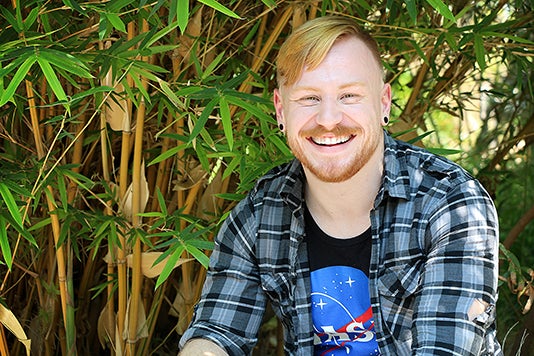 If you own a California State University, Northridge Matatude T-shirt, or saw any of the commencement 2016 advertising or print media, then you know his work. As a student assistant graphic designer for CSUN’s Office of Student Involvement and Development, Hunter Maverick Wells has helped craft a visual look for some of the biggest happenings on campus. A senior double-majoring in cinema and television arts and geography, Hunter is creating a unique academic path toward a variety of future options.

“I think CSUN provides the perfect environment for someone like me who has a broad range of interests,” Hunter says.

Growing up between Southern California and Seattle, Hunter has always had found ways to express himself creatively. He developed computer skills early and was creating music and digital art before he was in high school.

“The internet was where I learned to be an artist,” Hunter says.

At CSUN he has continued to develop his talents. Last year he received the Carson Schreiber Interactive Media Scholarship and his cartoon, “Ankh,” about an Egyptian pyramid laborer, was awarded first place in the animation category at the 2016 Multimedia Showcase. It was also honored with the student’s choice award.

Hunter found his interest in geography as a freshman, and it was a teaching assistant that convinced him to double major.

“When you learn geography you’re not just learning states and capitals, he says. “Geographers have a way of looking at the whole, and also at small parts of the whole. Just like painting or programming.”

One way Hunter is combining geography with his interest in art is through cartography, or map making.

"I’ve always been really interested in the combination of data and the visual display of information,” he says. “Maps are the perfect example of that.”

Hunter isn’t sure what direction his future will take him yet, but he’s excited by the possibilities. He may continue building on his graphic design experience, or find an opportunity in multimedia. He’s also exploring the possibility of working for the National Park Service creating new topographical maps for visitors and researchers.

“I’m opening a lot of doors, we’ll see which one stays open,” he says.

Below is a sampling of Hunter's graphic design work for CSUN. 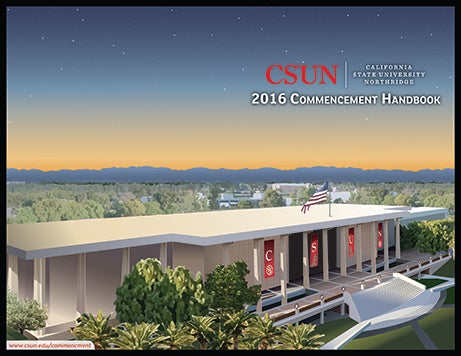 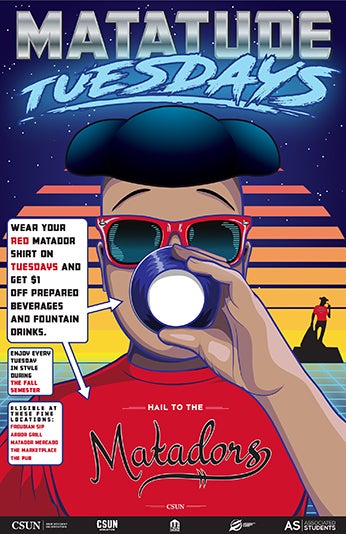 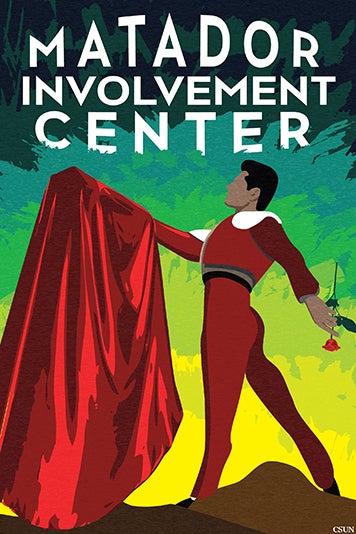