Being accepted at California State University, Northridge was one of the proudest moments of Patrick Johnson’s life. It wasn’t until he nearly lost his financial aid freshman year that he realized staying in school and graduating is the real goal. 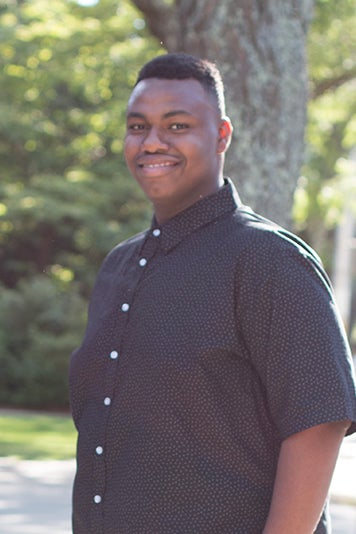 A fifth-year senior double-majoring in sociology and Africana Studies, Patrick Johnson is president of the Kappa Alpha chapter, Phi Beta Sigma fraternity, and a past board member of the Black Student Union. Last summer he worked as an intern at Brown University, and his GPA has earned him dean’s list status. With those achievements on his resume, you might never guess that he almost didn’t make it past his first semester at California State University, Northridge.

“I was so happy just to have gotten to college; I didn’t think about having to sustain myself and stay here,” he says.

Patrick, who does not come from an affluent family and came to CSUN through the Educational Opportunity Program, knew that he was depending on financial aid to pay for his education. What he did not realize his first semester is that federal, state and university rules require all students receiving financial aid meet the satisfactory academic progress requirements. In short, you must pass a minimum of 80 percent of all units attempted, or you risk losing your financial aid.

Patrick’s first semester was a challenge academically, and he was working nearly 35 hours a week at Target. When he failed a general education computer course, his financial aid was revoked.

Luckily, there was an opportunity to appeal the decision.

“I had to write a letter explaining what happened and why I didn’t pass the course,” Patrick says. “I was just really honest.”

Patrick’s appeal was granted, and he was able to receive aid and return for the following semester on the condition that he not fail any of his courses.

Nearly losing his opportunity for an education was such a wake-up call for Patrick that as a resident assistant (RA) in Student Housing he’s never shied away from sharing the lesson he learned. He received the RA peer of the year award in 2014 and now serves as a community advisor, supervising a team of RAs. After graduating from CSUN and obtaining a graduate degree — he’s looking at UCLA and Howard University — Patrick is planning on making a career out of helping other students to achieve their goals. He’s particularly interested in working with students of color from low income and at-risk backgrounds. He’s hoping to help them avoid the same pitfalls that almost set him back.

“I have friends who didn’t make it,” Patrick says. “My experience has made me value the resources that I have available, and I hope I can continue to have opportunities to guide other college students and shape their experience.”