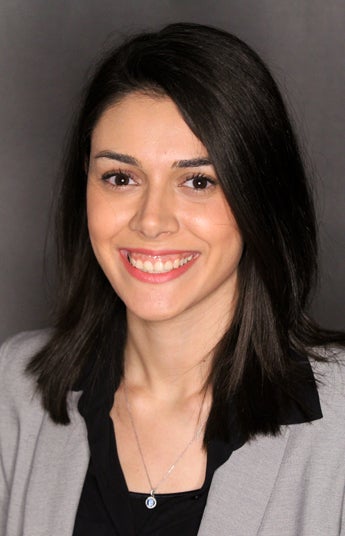 More than anything, Ourfa Mousakhani’s parents wanted her to have a chance at an education and more opportunities than were readily available to her growing up in Iran. In 2009 the family immigrated to the United States, and in just eight short years, Ourfa has thrived. Today she’s providing a beacon of hope for others looking to achieve their own American Dream.

Arriving in the United States at age 16, Ourfa spoke limited English, and her only exposure to American culture was what little she had seen on TV. When her family settled in Glendale, she became the first to attend an American high school, and she was determined to do well.

Earning her diploma in just three years, she transferred to CSUN from community college and participated in the Educational Opportunity Program’s Summer Bridge Program.

Ourfa discovered a passion for math early on, so as a Matador, she’s majoring in finance and minoring in economics, with much of her course work focused on analyzing financial statements and comparing them with today's global markets.

“Numbers made sense even when I didn’t speak the language,” Ourfa says. “I like how I can test my theories by applying them to data and facts.”

This summer, Ourfa is in Salt Lake City, having accepted an internship opportunity with Goldman Sachs. It’s another step toward her goal of obtaining an MBA and becoming a financial analyst.

“I look back and see how far I have come, and that pushes me to go even further,” says Ourfa. “I am the first in my family to go to college, and I want my younger brother to see that it’s doable. It’s not always easy, but it’s worth it.”

Outside the classroom, Ourfa is a student administrative assistant in the accounting and finance department at the University Student Union and has served as a University Ambassador since 2016. She became a United States citizen in 2015, and as she welcomes prospective students to campus, she feels especially proud when she has the opportunity to talk with other first-generation immigrants.