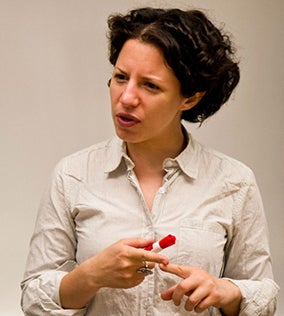 She will receive the award at the annual Association for Theatre in Higher Education (ATHE) conference on Aug. 5, at Planet Hollywood in Las Vegas, Nevada.

Miller’s book analyzes the performing arts through the historical movements of the 1960s and 1970s, when economic pressure forced innovative responses within the arts community to survive a fiscal crisis and resulting austerity measures.

“Many theater artists built their own institutions because their voices were not being heard in the larger, more centralized arts institutions,” Miller said. “Theater was imperative to communicate the social passions and political issues stirred up through the 1960’s. Artists, inspired by the many civil rights movements of the time, soon turned to the question of how they could sustain and support their art in the midst of enforced austerity. This became essential, as they were often engaged in the communities most hurt by the budget cuts.”

Capturing the elements that diversified the arts in the 1970s was one of the many tasks Miller accepted when compiling her narrative. 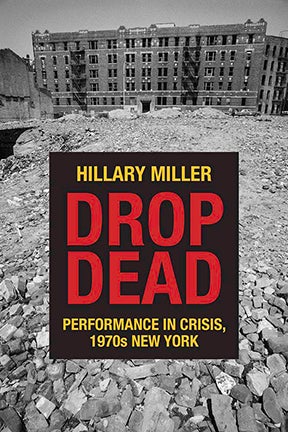 “As my students discover, writing theater history can be very challenging because theater is ephemeral,” she said. “Unless you’re researching a well-funded theater with extensive archives, it’s difficult to stitch the pieces together to show its rich diversity. But it’s those hard-to-research theaters, like street theaters, that often articulate something unique about the city,” she continued.

Miller’s book is one selection in a series from her publisher, Northwestern University Press, which put together a list of books “focused in particular on the material conditions in which performance acts are staged, and to which performance itself might contribute,” according to Northwestern’s website.

“The series looks at how theater and performance lives in the material world,” Miller said. “The topics include immigration, citizenship, national identity, and, as in my book, austerity. It’s an exciting series to be a part of.”

Miller says her book should appeal to an audience interested in cities in general, while focusing on how the arts helped to shape the constructive identity of a municipality constricted by staunch monetary regulation.

“Someone reading my book will gain an understanding of the theater’s surprising role during a very turbulent time in a city that sees itself as the capital of culture in the U.S.,” she articulated. “Funding priorities shifted, as did the way we think about the accessibility of theater, sometimes to the detriment and occasionally to the benefit of the city’s theaters.”

“The fiscal crisis affected mainstream theaters on Broadway along with smaller, grassroots theaters, so the book should give people some questions to think about,” Miller said. “What is the relationship of the theater, be it grassroots or commercial, to our communities? How do the performing arts affect the economic and cultural health of struggling neighborhoods, as well as tourist meccas? These questions are relevant to every city today.”

“Drop Dead” is available at Vroman’s bookstore in Pasadena, and other book retailers.