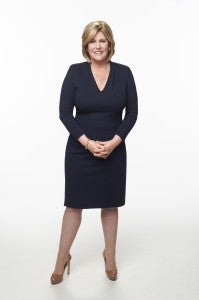 Sue Herera is co-anchor of “Power Lunch” (M-F, 1-2 p.m. ET).  She was host and anchor of CNBC’s special international series “CNBC in Russia,” which took an in-depth look into Russia’s economy and leadership, contrasting the country’s successes with its problems, winning her a first-place prize in the National Headliner Awards for the second consecutive year as well as “CNBC in India,” which took top honors in the Business & Consumer Reporting category.

Herera was one of the first women to break into the world of broadcast business news, earning her the nickname “The First Lady of Wall Street.” In her 20-plus years of covering Wall Street, Herera has provided viewers with a seasoned perspective on the major stories and issues moving the markets and groundbreaking interviews with leaders in politics and corporate America.

Herera is a founding member of CNBC, helping to launch the network in 1989. Well versed in the world of global economics, Herera has covered several of the major geopolitical summits held overseas. Most recently, Herera traveled to China and Japan to report on and produce groundbreaking series about the economies of those countries.

Previous to joining CNBC, Herera spent seven years as an anchor and reporter with Financial News Network, honing her expertise in the areas of foreign exchange and futures trading. Her first book, Women of the Street: Making It On Wall Street — The World’s Toughest Business was published in January 1997. Herera also hosted and helped produce the CNBC special entitled, “The Great Game: The Story of Wall Street,” in March 2000.

Herera earned a bachelor’s in journalism from California State University at Northridge in 1980, and in 2003, she was honored with the University’s Distinguished Alumni Award.