In Midst of Minneapolis Protests, Student Photographer Shares Movement with the World 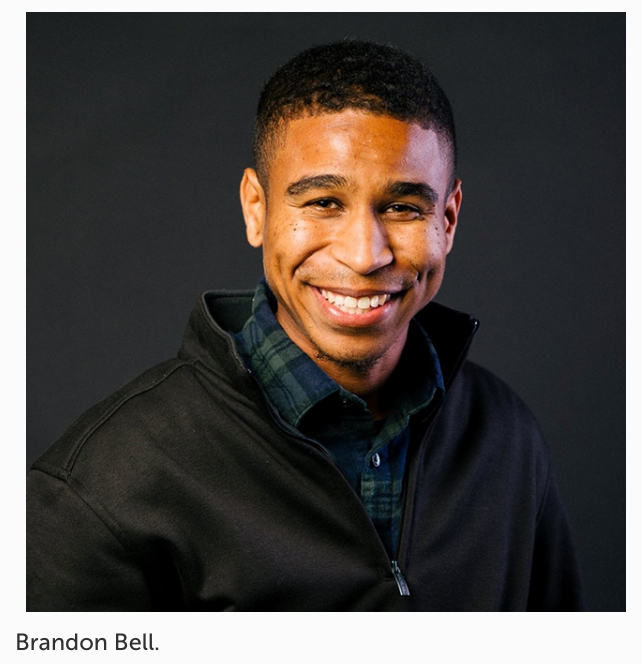 Before he lifted his camera to photograph the downtown Los Angeles protest he’d stumbled upon, CSUN journalism rising senior Brandon Bell took a few minutes to walk around and assess the context of the situation.

It was May 27, just two days after Minneapolis police fatally restrained a Black man named George Floyd, setting off protests for justice and equality around the world. Bell said he’d gone to get some fresh air in Downtown LA and walked into the middle of a crowd of people demanding change.

Bell watched for hours, capturing images of protestors blocking the 101 freeway and a man who was bloodied and unconscious when he fell off the hood of a California Highway Patrol car.

But it was only after Bell left the protest, and he began looking through the images he’d captured, that he began to understand the magnitude of the movement and the moment. At home that night, he turned on the news and saw unrest in Minneapolis intensify as hundreds of people in Minneapolis protested for change.

He booked a flight for the next morning and arrived in Minnesota on May 28. He had just $400 in his pocket and plans to stay for three days. Weeks later he’s still there, thanks to the generosity of friends and strangers who have supported him on Venmo and even given him a place to stay. Bell said he’s been welcomed into intimate spaces by community members who are happy to have a Black man tell their stories.

“There’s such a deep hurt, such deep frustration, with regards to systemic racism that literally a month later, there are still hundreds and hundreds and hundreds of people marching in the streets, if not thousands,” Bell said. “Just this idea of, ‘I’m done talking. We want to see change, and we want to see it now.’ People are all saying the same thing — the same tears, and the same stories of sons being murdered, the same stories of daughters being murdered. It’s literally the exact same story with slightly different context.” 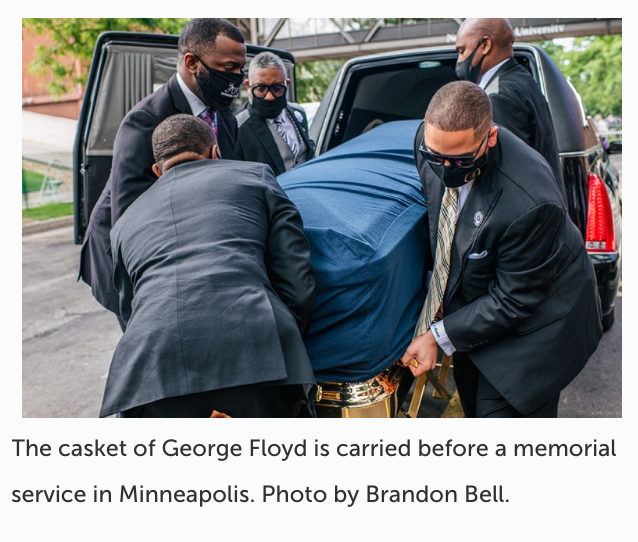 Bell’s eye has added important depth to the stories of the protests, which may be the largest in American history. He’s provided numerous photos to Getty Images that have been picked up by publications around the world. His photos have been used by the New York Times, ABC News, Vice and the American Civil Liberties Union, and one shot appeared on the front page of the Washington Post. The Guardian used several of his pictures and a first-person account of his experience in a picture essay titled “Capturing the cry for change: photographers on the BLM protests.”

As many media organizations reckon with the ways they have failed in hiring, promoting and utilizing journalists of color, Bell’s talent and drive have been major assets for telling the story of the protests. He said several established photographers have taken an interest in his career and provided mentorship.

“The journalism world truly is changing and needs to change,” Bell said. “There’s a different type of image that’s produced by a person of color than by a non-person of color. We are literally in the struggle, it is our lives, we recognize it. There is a certain type of perception that comes with every single culture, so when people of color are missing, there’s a piece of depth that’s left out from what really needs to be shared.”

The images Bell has captured in Minneapolis-St. Paul are striking: The silhouettes of defiant protestors with arms raised in front of burning businesses. A man crying at a headstone bearing the name of Philando Castile, another Black man shot to death by a Minnesota police officer. Lines of protestors kneeling as they face a row of armored vehicles.

Bell credits CSUN with giving him the drive to rise to the moment. He’s long been interested in photojournalism and has practiced photography for several years, but started his CSUN career as a geography major. This spring, his professors there helped him land a CSUN in D.C. Internship with the Democratic National Committee and the Committee for Hispanic Caucuses BOLD Political Action Committee, which works to increase Latinx representation in Congress. 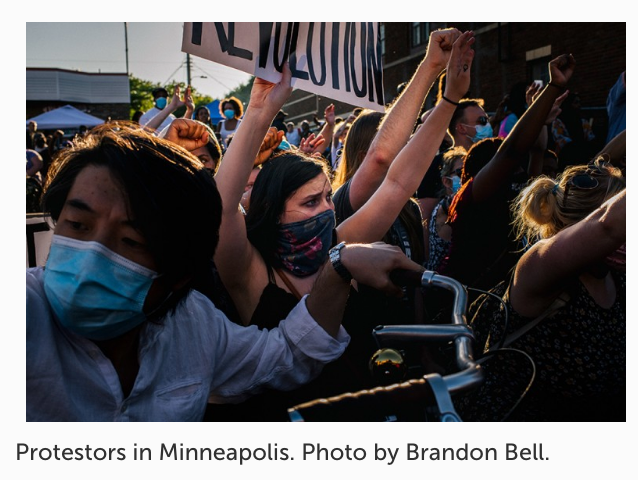 “Brandon is a really talented photographer — you can tell that from looking at the photographs he’s taken,” said professor Lawrence Becker, coordinator of the CSUN in D.C. Internship program. “But what really sets Brandon apart is his passion for social justice and his eye for capturing what is extraordinary in what might look like an ordinary moment to others. What he’s accomplished is a testament to what CSUN students can do when given the opportunity.”

Bell said he used to wander around D.C. each night and think about where he’d come from and all the people who came before him. It helped him understand how much work there is to do to make positive change in the world, he said.

“My time in D.C. really allowed me to see firsthand that if I put my mind to it and I work hard, I can be in spaces where people can change the world,” Bell said. “D.C. served as a catalyst, like a catapult of me continuing and wanting to get out into the world to make change. I came back home to L.A. for two weeks and I was off again.”

Bell’s interest in images originally started with videography, but he fell in love with the power of still images. He said he was inspired by the intimacy of photos by Lynsey Addario and Chris Hondros, as well as the use of light and color by Steve McCurry. In Minnesota, he has gotten a firsthand look at the way National Geographic photographer David Guttenfelder works. At CSUN, professor Benjamin Davis encouraged Bell to study the work of Gordon Parks (who is perhaps best known for directing the film “Shaft”), a Black photographer and film director whose natural ability to relate to Black subjects showed in his work.

Bell said he wants to stay in Minneapolis throughout the summer and possibly go back next year, to see how things have changed by then in the community that has welcomed him in one of its most trying times. His hope is to stick with one of the most important stories in American history.

“I want to capture it truthfully, capture it honestly, capture it fairly,” Bell said. “And it doesn’t mean capture only the good side. I’m learning now that I have to express the times that aren’t so bright for the community as well, because it’s a part of the collective story.”

Bell posts many of his protest photos on his Instagram page.