Exhibition view of What Would You Say?

“What Would You Say?” the lobby wall asks as you enter the CSUN Gallery for its latest show in partnership with the Los Angeles County Museum of Art (LACMA). The words are rendered in bold font colored a bright orange-tinged red, a shade that suggests something between a candied apple and a state of emergency. What Would You Say? showcases activist graphics from LACMA’s permanent collection, and the title phrase comes directly from a broadsheet in the exhibition by designer Sheila Levrant de Bretteville promoting a printmaking workshop at the Women’s Graphic Center at Los Angeles’s storied Woman’s Building and Feminist Studio Workshop. “If this were your Broadsheet, what would you say?” De Bretteville’s stark black and white poster asks viewers, a thick river of dark ink running ragged down the page, as if applied in haste by a tagger evading authorities. It’s arresting and direct, unifying themes throughout this exhibition highlighting decades of work by artists who have used the tools and tactics of mainstream media, mass communication, and advertising to give voice to marginalized populations and revolutionary ideas. 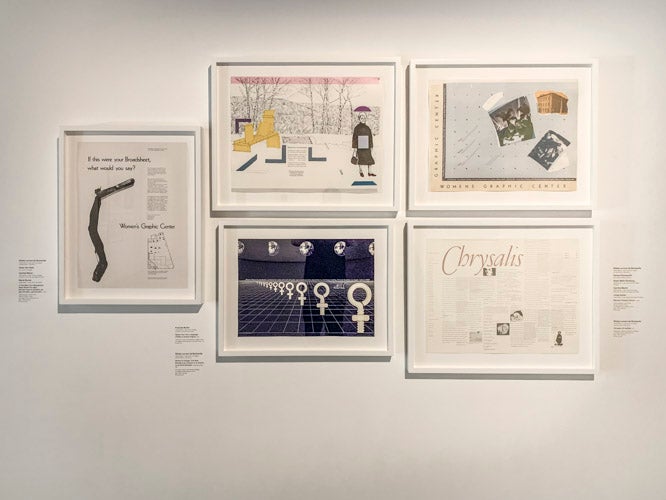 The exhibition, part of a multiyear Local Access initiative partnering LACMA with the CSUN Galleries and three more museums across Greater Los Angeles, is made possible by a grant from Art Bridges and the Terra Foundation for American Art. The initiative intends to further partner institutions’ capacities through exhibition development, professional practice, and visibility, while simultaneously increasing access to LACMA’s collections among geographically, racially, ethnically, and socioeconomically diverse audiences. Visitors will notice that wall text appears in English and Spanish throughout the gallery, with a companion bilingual exhibition catalog, a nod to the accessibility drive at the heart of this programming.

“The Local Access initiative is a perfect fit with our institutional mission,” says CSUN Galleries interim director Erika Ostrander. “All three shows are curated with intention to expand the American art canon by highlighting work of Southern California artists that is largely about Greater Los Angeles. Featured artists represent a wide spectrum of L.A. communities, connecting to the lineage and experience of CSUN’s diverse student population.”

Last year’s Golden Hour exhibition, the first Local Access show, explored the myth of the West through landscape and portrait photography. What Would You Say? continues to explore creative placemaking among Angelenos by investigating how its diverse constituencies have responded to local and national issues and injustices from the mid 20th century to today: war, immigration, civil rights, racial and ethnic discrimination, labor abuses, institutional brutality, socioeconomic inequities, gender and sexual liberation, and more. That such heavy societal burdens have yielded this legacy of brilliant and engaging art is the miracle at the heart of this exhibition. These artists, working with due urgency and techniques and tools designed for mass dissemination at minimal expense, committed their considerable wit and talent to causes they couldn’t ignore, optimistic action in the face of outrage. Complex issues were distilled as unforgettable visuals and punchy text, ensuring that their messages could be communicated at a glance. In the process they proposed alternative futures where we might rather live in equity and peace.

As in the above example by De Bretteville, designers and artists organized workshops and formed collectives to multiply impact and more effectively disseminate ideas. As the Black Panther’s Minister of Culture, artist Emory Douglas showed the organization’s membership how to broadcast revolutionary ideas using the tools of mainstream newspapers. Meanwhile, the community-centered organization and workshop Self Help Graphics & Art was founded in a Boyle Heights garage in 1970 as an artists’ collective to promote social justice for Chicana/o and Latinx communities through printmaking techniques and cultural exchange. Retired CSUN art and Chicana/o Studies professor Yreina D. Cervántez, an early champion of Self Help Graphics, organized its first all-female Maestras Atelier screen-printing workshop and exhibition in 1999. The intergenerational, intersectional cohort explored identity and spirituality while sharing skills, tools, and techniques to produce a feminist statement whose power was multiplied by its collective spirit. 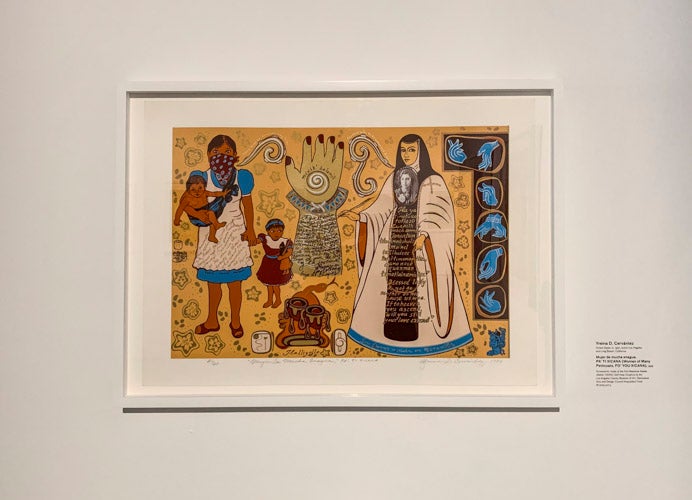 As the exhibition’s roughly chronological layout hurtles toward the 21st century it becomes clear that the internet age has only helped to disseminate analogue messaging, as artists like Shepard Fairey and organizations like the Center for Reproductive Rights make print-ready posters available for consumers to download and deploy as statements of unity at home or on the march. Cyber tool kits have proliferated for just about any cause imaginable in an age where silence is an increasingly untenable option. 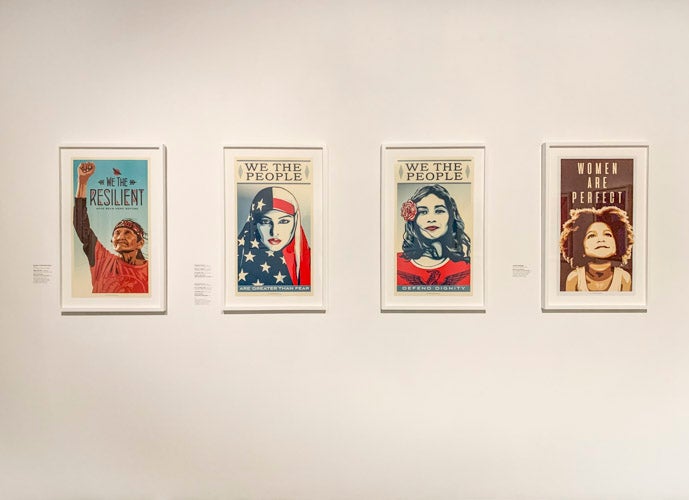 With a consequential election looming, the CSUN Galleries have designed some creative activities alongside the exhibition to motivate voter registration and participation, particularly among young adults and marginalized communities. “It’s so important to have this show right now, with the direction of our country hanging on the results of these midterm elections,” says Ostrander. “The exhibition demonstrates the power of individual voices to move the needle on monumental issues, and our ancillary programming invites students to add their voices to this conversation. To effect real progress we need to help students see how they’re part of the process.”

Workshops scheduled October 20 – November 2 will offer participants materials and instruction to make posters, zines, animations, and even festival-style costumes aimed at amplifying the importance of voting, regardless of political affiliation. Watch the CSUN Galleries’ website for details on how you can join this series of art activist actions and answer the question for yourself: What would you say?

What Would You Say? Activist Graphics from the Los Angeles County Museum of Art runs through December 4 at CSUN’s Main Gallery, with a reception September 23 from 3 p.m. to 6 p.m. An adjacent West Gallery exhibition will showcase creative output from the workshops October 22 – November 11.