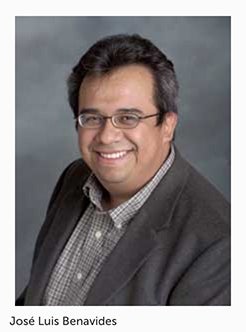 His efforts to train and mentor future journalists who have the skills to report on Spanish-language and Latino communities with sensitivity and appreciation for cultural differences and nuances has earned him the national Society for Professional Journalists’ Distinguished Teaching in Journalism Award, which honors an outstanding journalism educator who has made an exceptional contribution to the profession and/or journalism education.

Benavides said that while he is honored to receive the award, “to me, the most significant thing is that this recognition will give some visibility to the work of our students.”

“Despite the fact that many newspapers are downsizing, a good number of our students are landing jobs at television stations, online news media outlets and, yes, newspapers across the Southwest, on the East Coast and at news organizations across the country,” he said. “As this country becomes more and more diverse, a large number of this nation’s population will be Latino or Spanish-speaking. If news organizations want to do their jobs well in reporting news important to all Americans, then they are going to need journalists who have the skills to report on Latino and Spanish-language communities.”

In her nominating letter, Linda Bowen, chair of the CSUN journalism department, noted that many of the students Benavides has mentored are the first in their families to attend college and are often working 40 or more hours a week.

“His ability to connect with and inspire them to believe in themselves has literally changed hundreds of our students’ lives,” she wrote.

Benavides admitted he is a little overwhelmed at being named a “distinguished teacher” by the Society of Professional Journalists.

“It says that you have been recognized, but it also carries the responsibility to continue doing what I do and to do it better,” he said. “I’m not sure if I can do that — I still have doubts sometimes about whether I am a good teacher — but I am going to have to try.”

Benavides will be honored at the Society for Professional Journalists’ Excellence in Journalism 2018 conference in Baltimore, Md., next month.