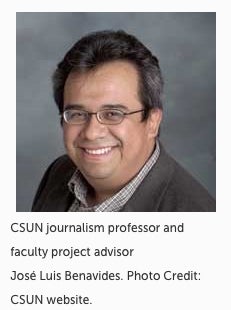 The El Nuevo Sol project staff set out to debunk the stereotypes that millennials worked for fun and not for a living.

“The series is significant because it counteracts the false portrayal of young working people prevalent in society, which pretends they like flexible schedules, live at home with their parents,” said Benavides. “El Nuevo Sol portrayed a completely different reality, where young workers face unpredictable schedules, contribute financially to their household’s expenses, are victims of wage theft, either by not being paid overtime or by being forced to work off-the-clock.”

The inspiration for the project came out of a research report by the University of California, Los Angeles Labor Center, “I am a #YoungWorker.” The multimedia report combined data, stories and images by millennials about young workers’ struggles, dreams and hopes for the future.

The “I am a #YoungWorker” report showed that less than one percent of millennials spend their money solely on recreational activities, while 32 percent contribute financially to their households. The study also said that nine out of 10 young workers do not have a set work schedule, and a third have been victims of wage theft — by being denied overtime pay or forced to work off-the-clock. 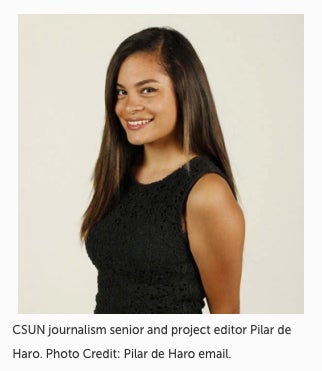 “A lot of our students, including myself, resonated with the key points that came out of that report,” de Haro said.

The team of student journalists and alumni crafted the series from February 2016 to May 2016, to show the struggles of millennials in the 21st century economy.

NAM is a nationwide association of more than 3,000 ethnic media organizations, representing the development of a more inclusive journalism. Its awards celebrate outstanding journalism on issues ranging from the environment, health and education to politics, immigration, sports and arts and culture.

the minor in interdisciplinary Spanish-language journalism in 2003. The minor became official in 2007.

El Nuevo Sol is a multimedia website produced by the students in CSUN’s Spanish-language journalism program. Established in 2003, El Nuevo Sol has three main goals: contribute to a better and more accurate news coverage of Latino communities in the United States, including young Latinos in Southern California; provide a platform for students in the program to disseminate and showcase their journalistic work; and practice a socially responsible journalism that reports accurately and from a critical and independent perspective, providing meaningful context to stories usually ignored or underreported by mainstream news organizations.