Alumni Innovators to Be Honored for Their Contributions to Their Fields

On Saturday, April 18, CSUN friends and supporters will celebrate the trio’s accomplishments during a special dinner at the Four Seasons Hotel in Westlake Village, during which Baca, Jennings and Petrie will be given one of the university’s highest honors — the Distinguished Alumni Award.

“There are few better way to judge a university’s quality than that the successof its alumni,” said CSUN President Dianne F. Harrison. “The alumni who have been singled out over the years to receive the Distinguished Alumni Award embody what CSUN does best — educate the thinkers, leaders and innovators who not only positively impact their chosen professions, but all of us. Moreover, alumni like Judy Baca, Paul Jennings and Donald Petrie makes us proud to be Matadors.” 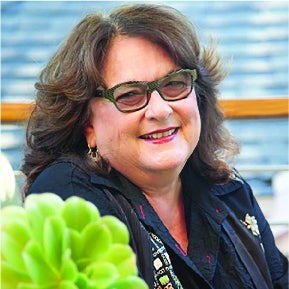 Baca, who graduated from what was then San Fernando Valley State College in 1969 with a bachelor’s degree in art, is a world-renowned muralist who took her passion for color, Los Angeles and its youth and turned her paints into a movement.

She is the artistic director of the Social and Public Art Resource Center (SPARC) Cesar Chavez Digital Mural Lab at UCLA. One of her best-known works is “The Great Wall of Los Angeles,” which lines a flood-control channel in the East San Fernando Valley. Baca supervised the creation of the mural, the world’s longest at 2,274 feet, by more than 400 at-risk youth and their families. The California Endowment recently awarded SPARC a grant to preserve and restore the mural, originally painted in 1976.

In her early 20s, Baca founded the Citywide Mural Program. As she painted her first murals in the barrios of Los Angeles in the 1970s, Baca became known as “the mural lady.” She soon won worldwide attention and acclaim for painting the city’s urban freeways for the 1984 Summer Olympics. Her work, “Las Tres Marias,” is included in the Smithsonian Institution’s permanent collection.

In 2010, she completed the Cesar Chavez Memorial at San Jose State University and the Robert F. Kennedy monument at what is now Robert F. Kennedy Community Schools — formerly the Ambassador Hotel, the site of Kennedy’s assassination in 1968. 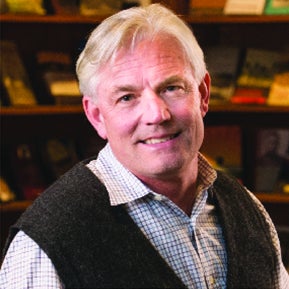 Entrepreneur Paul Jennings, founding partner and chief executive officer of Public Communications Services, Inc. (PCS), initially moved to California from his home in Long Island, N.Y., in 1980 to work in aerospace. After completing vocational training in aerospace manufacturing, Jennings was employed by Lockheed Martin’s Burbank Skunk Works. But layoffs in that industry forced him to rethink his plans, and Jennings found himself pursuing higher education. Courses at Los Angeles Valley College and College of the Canyons led to night classes in business at CSUN. He graduated in 1985 with a bachelor’s degree in marketing.

Jennings worked his way through school selling long-distance phone plans, and the lessons he learned in his business classes helped him develop a strategy for delivering better and more integrated phone service to federal and state prisons. At the time of the sale of the company in 2010, PCS was the third-largest provider of inmate telephone systems in the country. In 1994, after the devastating Northridge earthquake, Jennings formed PCS Development, an active real estate developer in Southern California that has built, managed and owned more than 4,000 multi-family units. Much of Jennings’ initial purchases were projects where buildings were severely damaged in the quake. Jennings had a meaningful impact creating economic opportunities in the Northridge community.

Jennings’ involvement with CSUN did not end with his graduation. He has remained an active Matador alumnus, making generous contributions to the David Nazarian College of Business and Economics. In 2013, Jennings announced a $500,000 challenge grant, matching contributions one-to-one. In addition to financial contributions, Jennings donates his time, participating in the annual Professor for a Day event, serving on the college’s advisory board and regularly mentoring students. In recognition of his service, college officials invited Jennings to speak during graduation in 2012 and awarded him the Volunteer Service Award in 2014. 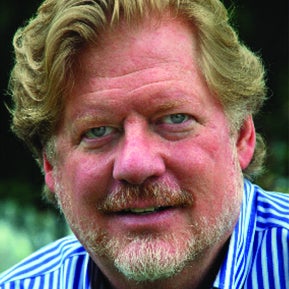 Acclaimed film director Donald Petrie, a member of the board of the Directors Guild of America, is best known for such films as Grumpy Old Men with Jack Lemmon, Walter Matthau and Ann-Margaret, Miss Congeniality with Sandra Bullock, Michael Caine and Benjamin Bratt, How to Lose a Guy in 10 Days with Kate Hudson and Matthew McConaughey, and Welcome to Mooseport with Ray Romano and Gene Hackman. He is also credited with providing Julia Roberts with her breakthrough role in his first film as a director, the award-winning Mystic Pizza.

After graduating from CSUN in 1976 with a bachelor of arts in theatre, Petrie worked for a number of years as an actor, appearing on television shows such as The Waltons and Eight is Enough. A job directing a successful state production of Albert Innaurato’s Gemini sparked his interest in directing TV and film.

He spent two years at the American Film Institute, then a year as “a fly on the wall” on any TV show that would let him. That experience led to his first job as a television director for Steven Spielberg’s Amazing Stories.

A tour Petrie took of CSUN’s film program nearly a decade ago led to an invitation to host the university’s annual senior film showcase. He was then invited to serve as artist-in-residence for a year, and he has mentored senior film students for several years. He is spending this spring as a faculty member in CSUN’s film and theatre programs.