The Music Teachers National Association, and its state affiliate, the California Association of Professional Music Teachers have announced their National Distinguished Service and State Lifetime Achievement Awards for 2015. The recipients, both members of our piano faculty, were recently given official confirmation of the awards. 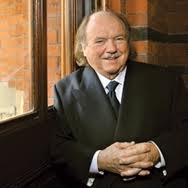 John Perry, eminent pedagogue and performing artist, is receiving the National Distinguished Service Award.  This honor, rarely given, will be presented to Prof. Perry at the concluding awards brunch at the national conference to be held in Las Vegas.  The 2015 conference is scheduled from March 21 through March 25.  John Perry has an unparalleled legacy of performing and teaching. He has played solo recitals and concertos with orchestra world-wide.  He has much experience as a chamber music artist, as well.   His students have successfully participated and won awards in nearly every national and international piano competition.  Nearly every one of his students has established a successful professional life in music.  Many are performing artists, and most combine their performing skills with university and conservatory teaching positions all over the world.  He has taught at the University of Texas-Austin, USC, Colburn Conservatory, Glenn Gould School-University of Toronto, Boston University, the Aspen Music School, Banff Summer Music, Amalfi Festival, Saratoga, Morningside Bridge Academy, and Musik Sommer in Cochem, Germany.    He has given master classes on nearly every continent, has guest artist teaching positions and residencies at many major universities and conservatories around the USA, as well as the major conservatories in China, Australia and Europe.  A few years ago he started his own summer institute, the John Perry Music Academy, which attracts students of incredibly high level from all over the world.  CSUN will host this summer festival beginning in 2015.  Prof. Perry has judged countless international competitions and leads one of the most active and respected lives in the professional world of music.  He teaches piano performance and master classes at CSUN. 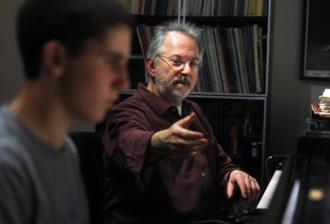 Edward Francis, piano faculty and coordinator of the Piano Pedagogy program at CSUN, is the California Association of Professional Music Teachers Lifetime Achievement Award Winner for 2015.  Prof. Francis is an alumnusof CSUN, earning both undergraduate and graduate degrees.  While at CSUN his principal teacher was Francoise Regnat, now professor emerita.  He also worked with Jakob Gimpel, Charles Fierro and Elmer Herrema in various master classes and seminars.  He credits Eleanor Russell, Frank Campo, Daniel Kessner and George Skapski as important mentors in theory, music history and analysis.  Prof. Francis lives a versatile live in music having established himself as a performer, professor, author, clinician, administrator and arts advocate.  Outside of campus he maintains an extremely successful private studio and is in great demand as a teacher.  He is a favorite choice as an adjudicator, and as such has judged countless competitions.  He has had articles published in professional journals, has been a featured clinician at several conferences, has given master classes and has delivered innumerable lectures to music teacher groups.  He serves on several committees to support the arts and young musicians in performance.  As a member of MTNA, CAPMT and Music Teachers’ Assn. of California(MTAC), he has held board positions and is currently the president of the MTAC-Conejo Valley Branch, a position he has held for many consecutive terms, previously having served in a variety of other board capacities during his longtime membership.  He has served as conference chair for four years for CAPMT and recently finished duties in the same capacity for the MTAC in 2014.  He founded and remains chairman of the Thousand Oaks Philharmonic, an educational non-profit group that features a professional orchestra with a 3-concert season highlighting young artists as soloists.  This year,23 young artists were chosen to perform concertos with the professional orchestra.  He has won city, state and national recognition for his work in music education.  In 2006 the Secretary of Education awarded him the Presidential Scholar in the Arts Teacher Recognition Award at the Kennedy Center.  His student Sean Chen is the first American to medal in the International Van Cliburn Competition (held in 2013)since 1997, and another student Peter Klimo, is the first American ever to medal in the International Liszt Competition, recently completed (2014) in the Netherlands.  Professor Francis teaches Piano Pedagogy and Performance at CSUN.