Presiding over an independent record label in Nashville, Tennessee, with a stable of artists that includes LeAnn Rimes, Tim McGraw, Wynnona Judd, Lyle Lovett and Hank Williams, Jr., former California Lt. Governor Mike Curb is one of the most prominent figures in the entertainment and music industries.

As a teenager, Mike Curb formed his own musical group, the Mike Curb Congregation, which had worldwide success with such albums as “Burning Bridges,” “Put Your Hand in the Hand” and “Softly Whispering I Love You” and was featured weekly on the Glen Campbell Show on CBS. When he was 19 and a student at what was then San Fernando Valley State College, Curb launched his own record company and began releasing the soundtrack albums he composed for motion pictures including title songs for movies starring Frank Sinatra and Clint Eastwood.

In 1969, Curb merged his company with MGM Records and became president of the MGM Company. At the age of 25, Curb turned MGM’s fortunes around with such hits as “One Bad Apple” by the Osmond’s, “Natural Man” by Lou Rawls and “The Candy Man” by Sammy Davis, Jr. After MGM was sold in 1974, Curb went on to build Curb Records and the Curb/Warner label, which released numerous high-charting singles from the mid-to-late 1970’s.

It was during the 1970s that Curb began to apply his experience as a businessman to public service. In 1976, he served as chairman of the Ronald Reagan California Campaign for President and later was co-chair of President Gerald Ford’s campaign. In 1978, Curb was elected Lt. Governor of California. He served for only one term before returning to Curb Records, of which he is chairman. He is also chairman of Word Entertainment. Both companies are located in Nashville, where he and his family reside.

Curb Records has been honored by Billboard Magazine as the 2001 Billboard Country Label of the Year. Curb is also a noted philanthropist who has supported several universities and other institutions in the Nashville area.

In recognition of the gift, President Koester said she will ask the California State University's Board of Trustees to rename Northridge's arts college as the Mike Curb College of Arts, Media, and Communication. The trustees will meet September 19-20 in Long Beach.

"Cal State Northridge is a university where nearly 35,000 students from many different cultures and backgrounds can find opportunities," said Curb, who attended the campus in Los Angeles' San Fernando Valley from 1962 to 1963. "Cal State Northridge is essential to the future of this region, so I feel my gift here is really doing something of value."

Of the $10 million gift, $5 million will support CSUN's exceptional College of Arts, Media, and Communication, one of the university's largest colleges that offers cutting-edge programs for more than 4,400 students. Four million of that will go into a general endowment for the college, and $1 million will endow a faculty chair specializing in music industry studies.

The other $5 million will support the university's planned "Imagine the Arts Center" as a "learning laboratory" for CSUN students. The gift also ranks as the largest yet in the university's fundraising campaign for the $100 million project, which will become the cultural heart of the region with a regional performing arts center and other planned facilities.

"Mike Curb is one of our most successful and respected alumni, and I am proud that he is committed to helping Cal State Northridge students follow in his footsteps," said President Koester. "As Mr. Curb's gift demonstrates, the university has very close relationships with the entertainment industry, which enhances our academic programs and provides great opportunities for our students."

It was as a freshman on the Northridge campus, working in the music building, that Curb wrote the breakthrough song that helped launch his career - "You Meet the Nicest People on a Honda (Go Little Honda)" - and founded his first record company, a predecessor to Curb Records. However, he left college in 1963 as his success in the music business began building.

That decision, which Curb regretfully called "taking a semester off for 43 years," helped spur one of his main philanthropic interests: supporting music education programs, such as those at Cal State Northridge. Curb said he was very impressed with CSUN's 12-year-old Music Industry Studies program, the first degree program of its kind in California and now the largest program within CSUN's Music Department.

"I always say, 'Don't use me as an example.' I would have been far better off if I had graduated from college," said Curb, who served as California's lieutenant governor from 1979 to 1983, including about a one-year stint as acting governor. "That's why I made the commitment that my foundation would fund music education and music industry studies programs. If there had been a music industry studies program when I was in college, I know I would have stayed in school."

Today, as chairman/owner of Curb Records, Curb presides over one of the nation's largest and oldest independent record labels. His Nashville, Tenn.-based company has produced more than 250 No. 1 records and launched the careers of scores of stars, including LeAnn Rimes, Tim McGraw, Wynonna Judd, "American Idol" finalist Kimberley Locke, Hank Williams Jr. and the Osmonds.

Curb himself has written more than 400 songs and composed or supervised the music for more than 50 motion picture soundtracks. Those have included the hit Wild Angels staring Peter Fonda and Nancy Sinatra, the Billy Jack movie The Born Losers, the Clint Eastwood movie Kelly's Heroes and its theme "Burning Bridges," and other films featuring Frank Sinatra, George C. Scott, Bette Davis, Jennifer Lopez, Gwyneth Paltrow and Mike Myers, among others.

Curb also founded and led The Mike Curb Congregation vocal group, produced 25 gold or platinum-selling records, and has received numerous music industry awards, including the prestigious Producer of the Year Award from Billboard magazine in 1972.

This past May, the university recognized Curb and his many accomplishments with a Distinguished Alumni Award during a ceremony in Hollywood. Curb then visited the Northridge campus in July and toured the same music building where he got his start. "I was really moved when I walked through the music building where I had launched my company," he recalled.

Because Curb's support for CSUN's College of Arts, Media, and Communication is structured as an endowment, the earnings from his gift will provide a permanent revenue source to the college. The college includes the university's departments of art, cinema and television arts, communication studies, journalism, music, theatre and public radio station KCSN 88.5 FM.

The other half of Curb's gift will support the university's "Imagine the Arts Center" in its role as a "learning laboratory" for the university's students. The project is due to start construction next year and open during 2009. The performing arts center will be the largest venue of its kind in the San Fernando Valley region. Project funding will come about half from state funds, because the center will be an educational facility, and about half from private fundraising such as Curb's gift.

"Mr. Curb's gift will really build momentum for the 'Imagine the Arts Center' campaign," said Judy C. Knudson, CSUN's vice president for university advancement. "The center provides a great opportunity for community and industry leaders to help create a wonderful arts resource for the region where our students can learn the business and people can enjoy terrific performances." 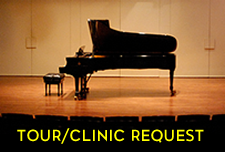