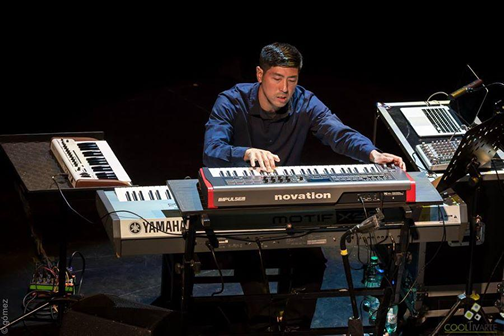 GARY FUKUSHIMA is a keyboardist and composer in Los Angeles. He has performed throughout the United States, South America, and Asia with Alphonso Johnson (Weather Report), Blue Note singer/songwriter Priscilla Ahn, actresses and singers Mia Maestro, Marilu Henner and Renee Olstead, and acclaimed

ensembles such as Big Bad Voodoo Daddy, the Sabella Consort, and many others. He is the co-founder and co-leader of his own band, GF3, which has just released their first EP, Preludes, Book I.

Gary has also written articles about jazz for publications including DownBeat Magazine, LA Weekly and LA Jazz Scene, and he is a cofounder and artistic director of the Los Angeles Jazz Collective, an nonprofit organization that seeks to promote improvised jazz music, and to create a stronger community among Los Angeles jazz musicians.

Gary resides in Eagle Rock, CA with his wife Susan, their daughter, Jesslyn and their cat, Patty.