Dan Schnelle is one of the most talented, in-demand drummers in the Los Angeles area. He understands how to make other musicians comfortable, while bringing enough of the unexpected to his playing to keep it consistently exciting. Unsatisfied with the idea that the drum set is merely a time-keeping device, Schnelle is thoughtful about how this unique instrument, with its nearly limitless variety of sounds, can be tastefully and effectively deployed in a wide variety of musical situations. Years spent collaborating with some of the best musicians in Los Angeles (and beyond) has earned him a reputation as a hard-working, professional, and creative team player; one who is, above all, committed to musical excellence. 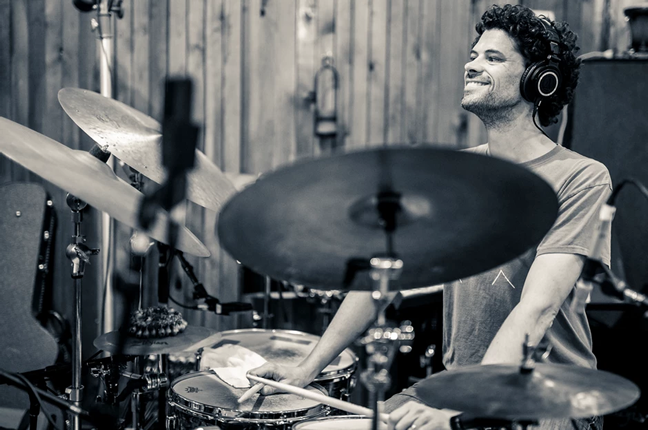 Originally from Merrick, NY, Dan gravitated towards the drums from a very early age. Although he excelled in classical percussion and snare drum, it was when he began studying with Al Miller in high school that he began to quickly develop on the drum set. Upon graduation he headed west to USC’s Thornton School of Music where he really grew as a musician under the guidance of many mentors including Ndugu Chancler, Peter Erskine, and Terri Lyne Carrington. However, he credits his peers as much as his mentors at USC for the inspiration and development over the years. He continues to grow, learn and perform from his home base in Los Angeles, CA. Find him performing, recording or collaborating with great artists, including Billy Childs, Anthony Wilson, Josh Nelson, David Binney, Larry Goldings, Alan Ferber, Sara Gazarek, Laurence Hobgood, Walter Smith III, Joshua White, John Daversa, Dayna Stephens, Jeff Babko, Phillip Dizack, Nick Finzer, Larry Koonse, David Benoit, Karrin Allyson and many more.