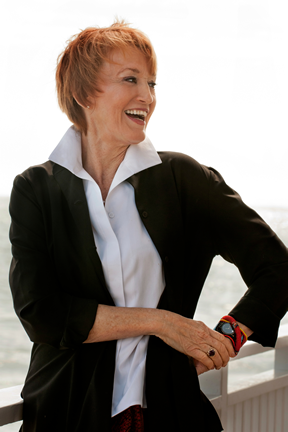 A Conversation With Journalist and Creative Activist Kathy Eldon

The Mike Curb College of Arts, Media, and Communication together with the Department of Journalism presents journalist, author, activist, and film & television producer, Kathy Eldon, as the final speaker in this year’s Commerce of Creativity Distinguished Speakers Series.

Kathy Eldon is the founder and chairman of the Creative Visions Foundation, a global organization that supports “creative artists” who use their creative talents to change the world around them. Creative Visions was inspired by the life of Kathy’s son, Dan Eldon – artists, adventurer, and activist – killed in 1993 while on assignment for Reuters News Agency in Somalia. Modeled after Dan’s bold imagination, bravery, and positive creative action, Creative Visions has acted as an incubator, academy, and agency for more than 200 projects and productions by artists, filmmakers, and leaders of social movements on five continents who use media and the arts as vehicles of social change, impacting over 100 million people.

Transcript has been ordered.