Reposted from the DAILY SUNDIAL August 22, 2020

For college students across the country, the memory of spring 2020 is now fading away as we face the beginning of fall 2020 online, in-person or some strange hybrid of these. But let us not allow that chaos, those struggles and even the failures of the COVID-19 half of the spring semester fall too far from our imaginaries. In March, as face-to-face college classes transitioned out of in-person meetings, universities scrambled to make sense of an unprecedented situation and here at California State University, Northridge, we were not an exception. In an interview on CNN’s Cuomo Live, California State University Chancellor Timothy White explained the decision to keep campuses closed for the 23-school CSU system through the fall semester, becoming the first and largest major university entity to do so. White cited the ability to plan for online instruction in the fall semester as one of the major reasons for the early decision. Viewing White’s appearance, an old axiom came to mind: “Failing to plan is planning to fail!” But what if we just planned to fail in the first place? What would that look like? What potential might exist in being okay with a certain amount of failure in fall 2020?

The rapid response from the university to transition online was done to prioritize the health of our community, but it left much undetermined for students, professors, organizations, clubs and, well, us. We are the Performance Ensemble: Creatives for Social Change, a co-curricular college program in the department of communication studies in the Mike Curb College of Arts, Media, and Communication at CSUN. Under the leadership of our director, Dr. Jade C. Huell, we stage innovative productions which consist of original scripts, poetry, prose fiction and nonfiction, oral histories and more for campus and community audiences. We are a collection of people, of voices and stories waiting to be told and have, for years, done so as advocates of social change, writing and performing narratives, conceptual movement and music in service of our Southern California community that is mostly composed of people of color, who speak over forty languages, practice various religions and occupy every socioeconomic wrung. Suddenly, in the spring after campuses closed, we were left with more questions than answers and every day only increased the uncertainty, mainly we asked, “What does student performance for social change mean under these new conditions?” 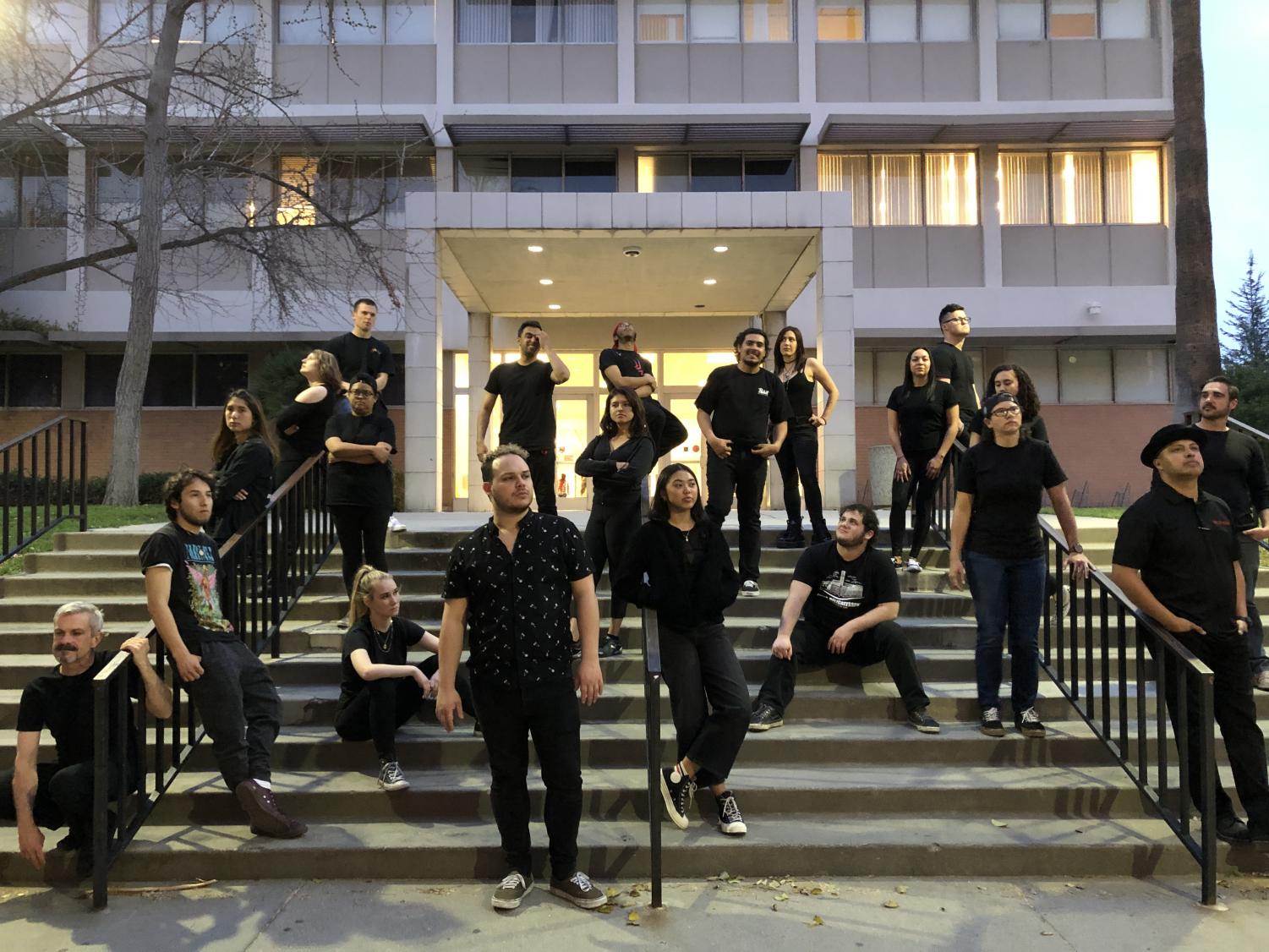 Finally, after the realization that our spring show would not go on as planned, we decided to fail. In his book titled, “Failing Up: How to Take Risks, Aim Higher, and Never Stop Learning,” Leslie Odom Jr., star of hit musical “Hamilton,” says, “You should be encouraged to fall on your face, to fail in service of a strong ideal or impulse” and he goes on to proclaim, “the path to moments of greatness in your life will be paved, in part, by your spectacular failures.” So, we failed spectacularly. Our show was supposed to include choral poetry, movement sequences in which bodies beautifully enveloped one another and collaborative narratives that intertwined the various experiences of our diverse 25 student ensemble. It did not. We failed.

But, like Odom, we failed like artists. We adapted and excelled in organized chaos and embracing the ubiquity of Zoom, we agreed that we would perform remotely but together. This was difficult and it left us mourning for each others’ presence, but also, craving our connections to our various communities. A seasoned undergraduate member of the ensemble, Trina Villagran, speaks to these conflicting feelings: “After allowing myself to mourn the loss of this vulnerable face-to-face environment we normally build together, I was able to recognize my gratitude to continue creating with this community I admire so much.”

Despite the chaotic world we were living in, we were able to put on our show. We premiered “America in Three Acts,” releasing an act a day over a period of three days via YouTube, and the show included personal narrative, dance, poetry, dialogue and even choral poetry. We revived and revamped our social media presence, we adopted a new performance medium, we created trailers and built anticipation and we reached audiences we never thought we could reach. In the span of three days, we amassed nearly 900 viewers — nearly triple the number of audience members than we are accustomed to. We received positive feedback from our performance community and from audience members across the globe. We changed because of all the changes we experienced as a community and we failed well because we refused the urge to be obsessed with success. The process was one of uncertainty, last-minute changes, unexpected joy and fruitful failure.

Summer, through protests and activism, showed us all the ways in which our country and its systems are failing us, but it also showed us that we have the choice to stand up and demand something different, something better. Let us do fall semester differently as staff, professors and college students, let us seriously entertain the option of planning to fail. We should understand that we will inevitably break with the norms, structures and protocols of academia in our current world. Let us not waste our intellectual energy crafting the perfect syllabus for an imperfect time. Instead, try new things that you would not have otherwise: do college differently by joining clubs, engaging in civic activism and getting involved on campus in a different way — become comfortable with the uncomfortable. Let’s just plan to fail.

Fernando Martinez and Dr. Jade C. Huell of California State University Northridge teach in the department of communication studies and research in areas of performance, diversity, and equity. Martinez works at the intersections of Latinx cultural performance and ritual. Huell specializes in African American performance practices, memory, and historiography. Huell serves as the director of CSUN Performance Ensemble: Creatives for Social Change, and Martinez supports the program as a Lecturer and student mentor.