The presentation to CSUN’s Department of Cinema and Television Arts was made during the association’s star-studded annual dinner earlier this month at the Beverly Wilshire Hotel in Beverly Hills. In addition to the grant, the association also gave $5,000 towards a $25,000 endowed scholarship fund at CSUN to support students in the department’s film option.

“As our film program continues to garner accolades from industry leaders around the world, the Hollywood Foreign Press Association has been and continues to be an integral partner in our success,” said cinema and television arts professor Nate Thomas, who heads CSUN’s film option and attended the dinner with CSUN President Dianne F. Harrison. “Its generous funding continues to be a factor in the aspiration and realization of the dreams of our film students.”

The Hollywood Foreign Press Association, which is made up of international journalists who report on the entertainment industry and hosts the Golden Globes each year, donated more than $2 million in grants to a variety of entertainment-related and charitable organizations at the luncheon. The donations benefit a wide range of projects, including higher education, training and mentoring and the promotion of cultural exchange through film. 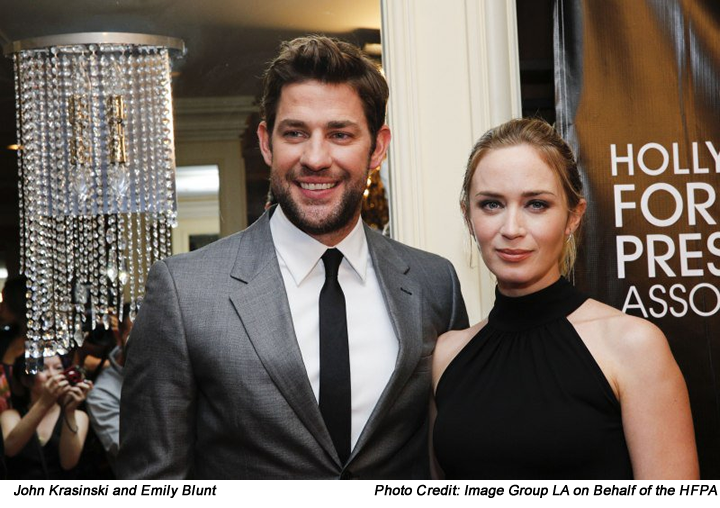 Thomas noted that over the past 18 years, the Hollywood Foreign Press Association has awarded CSUN more than $835,000 for senior film projects.

“That translates into about 150 senior film fellows — students who, through the generosity of the association, made major steps forward in becoming filmmakers,” he said. “In addition, various institutional grants from the association have funded equipment purchases and outfitted various department facilities. The Hollywood Foreign Press Association has truly made a difference on our campus.”

In addition to the association’s continued support of the film students’ senior projects, CSUN students also edit in the Hollywood Foreign Press Association Senior Film Edit Suite on campus and work on sound design in a state-of-the-art sound mix facility made possible by a grant from the association.

Hailed by Variety as among the top film schools in the world, California State University, Northridge’s Department of Cinema and Television Arts, housed in the Mike Curb College of Arts, Media, and Communication, has an international reputation for producing dedicated and talented entertainment industry professionals who recognize the value of hard work as they learn and continue to perfect their crafts. The department’s alumni work in all aspects of entertainment media, from writing, producing and directing to manning cameras and having the final say in what project is made.